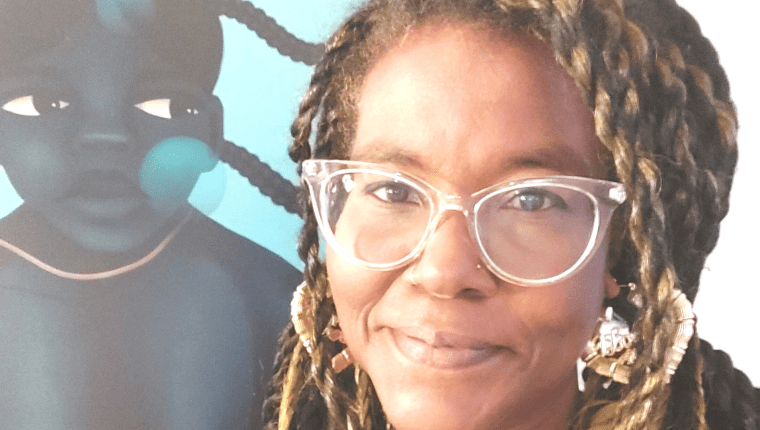 She co-wrote the Urban World Film Festival’s grand prize-winning screenplay Spook City (with Gabriel Tolliver), was also the co-writer and co-producer of the Gabriel Tolliver webseries MONDO BLACK produced by BlackPublic Media. She recently completed the feature-length screenplay CUDHIAL for LA-based SunHaus Films. Her poetic essay RAINBOW(eyes) is featured in British photographer Gerald Jenkins’ photo-novel It’s After The End Of The World, and her prose and journalism has appeared in The Portable Lower East Side, Eyeball Magazine, The Brooklyn Rail, and Nieman Report.  She is author of Sometimes Farmgirls Become Revolutionaries: Notes on Black Power, Politics, Depression, and the FBI, the biography of activist, journalist, and press secretary Florence L. Tate, released by Black Classic Press in 2021.

Jones received an MFA in Creative Writing from Brown University, and a BFA in theatre from the City College of New York. She taught at the City University of New York, The College of New Rochelle, The Writer’s Voice at the YMCA, The Frederick Douglass Creative Arts Center, and Brown University. She writes and produces videos for The Weekly Challenger Newspaper in St. Petersburg, FL, and is currently developing a video project on Florida’s Jim Crowism with artist Carrie Boucher.

She is most happy about becoming the 2022 Artist Laureate for Creative Pinellas.