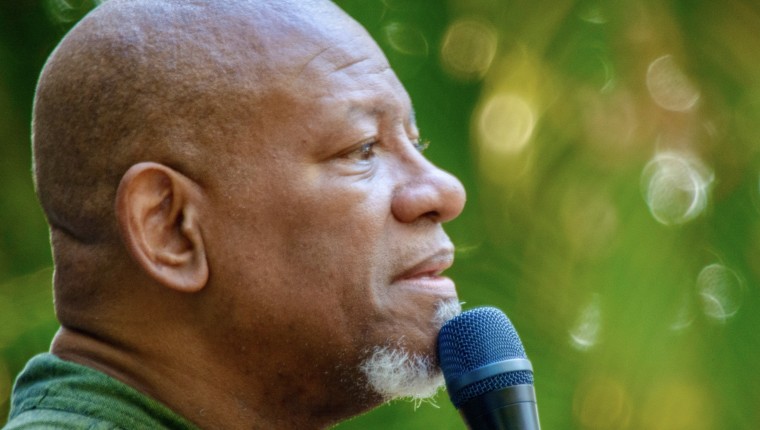 . . .
Nowadays, we should consider ourselves blessed to experience the sonic experimentation of a veteran jazz vocalist at the height of their career.

Scotty Wright’s improvisational magic is as authentic as it comes, and Tampa Bay has a chance to experience it as he brings his quintet for one night only to The Studio@620.

After 30 years on the road bringing his swing to as many countries, Wright’s playful, scat-as-song deliveries have continued, even as time on the road gave the singer battle scars – the illnesses that befall veterans of his stature who put their bodies on the line to win over audiences around the globe.

Lucky for us, in a time when most folks have gotten content with the digital sounds their phones blare forth from miniscule earbuds, Wright’s rich stylization, smooth delivery and upbeat rhythms are a buttery goodness that need to be experienced live.
. . . 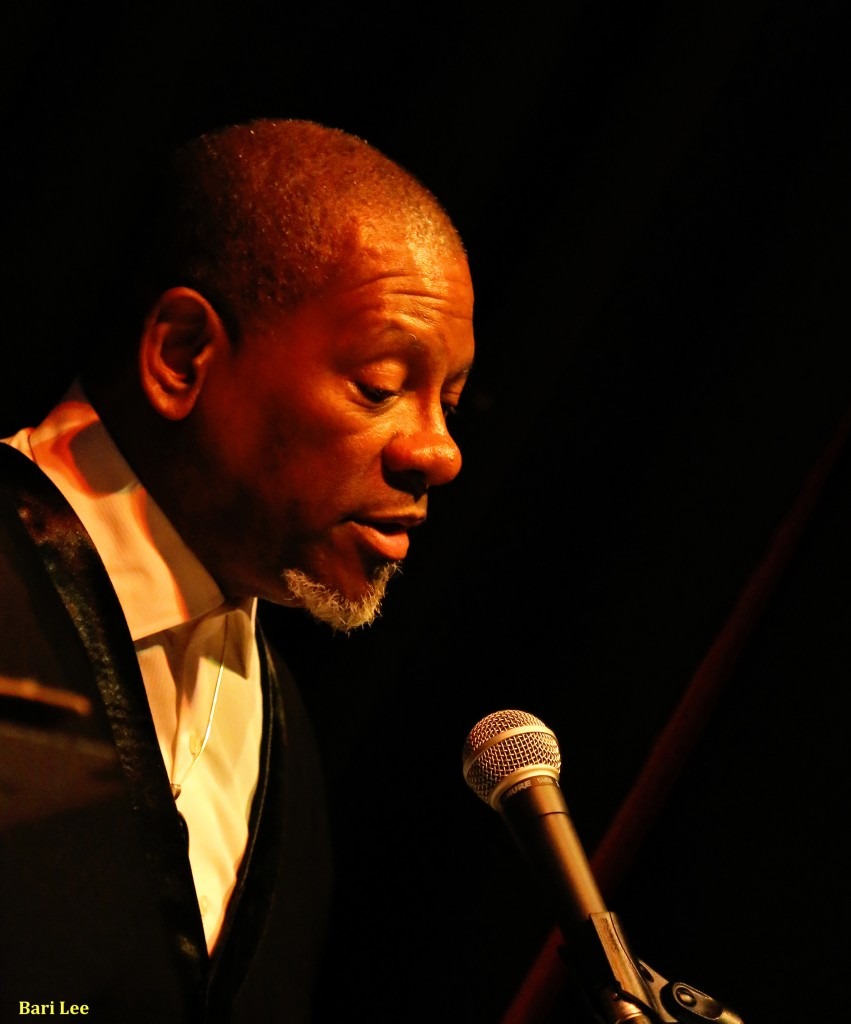 . . .
And in the true nature of jazz, every time it feels different. “Let me tell you what I can’t do – I can’t sing a song the same way twice,” Wright has said. His vocal styling is playful, soothing and uniquely his own – even if he gives legendary singers of yore their due in the chain of influence on today’s singers.

“Jazz singing started with Louis Armstrong – everybody was influenced by Louis, including Billie Holliday, and she always said so,” Wright has shared. “She was the second great influence on singers in the 1930s and ’40s – then it was Ella (Fitzgerald) and Sarah (Vaughan). Listening to Billie taught me to focus on the lyrics. With Ella it was the rhythm, with Sarah the moods reflected in the voice.”
. . .

. . .
Wright originally hails from South Carolina. He was eight years old, living with his military family in Germany when he experienced his first piano lesson, and after dropping piano, drums followed soon after. By age 13, with his family stationed in Taiwan during the Vietnam war, he and sister Nina were writing music and had started a band – with music that was deemed worthy enough to play on the Armed Forces Radio.

By ’68 his family was living back in the States, and Wright started singing in his high school choir in Seaside, California. By 1970 he’d auditioned for and joined the international high school touring band Up With People. In a few years he’d become a music director for a church, where he taught himself to really learn the piano. Soon he was writing jingles, singing a variety of musical styles, and playing in clubs with musicians including Art Pepper, Jack Sheldon and Eugene Wright.

By the early ’80s Wright had landed in San Francisco, continuing to make a name for himself, when he was stricken by a near-fatal case of viral meningitis. He recovered but lost his voice temporarily due to complications from encephalitis. For Wright it was a terrifying time. “I would rather have lost my eyesight. But to lose my voice. . . my voice is everything to me and my career,” he recalled.

After fully recovering his voice, Wright made the decision to only sing what he wanted to sing going forward – and that was jazz.
. . .

. . .
Another physical challenge led to a new talent being shared with the world. “About 10 years ago, I had a stroke. While going through recovery, I’m wondering whether I’ve done my last performance. But as a result of that, I felt as though, well, if that’s the last time I’m ever going to be able to sing, I can at least share the ideas that have driven me – compelled me to write. And so Quora came about.”

Wright has written extensively about a variety of topics and has amassed over 650,000 views of his writing on Quora. “I just started pouring out different ideas and thoughts and feelings, some about music, but also about politics, and sports and interpersonal relationships, and all these other things. And it was it was wonderful for me to have that. That outlet to give this music back. I’m really thrilled about it – it’s great to have me to write the stuff – and to have people be able to respond is wonderful.

Among the thoughtful selection of topics is a consideration of why “jazz” music is not as popular today as it once was. In one piece, Wright notes that conditions including simplification of sound, less experimentation, a tendency toward “loud” volumes, and the speed at which our world is going, have contributed to the slow fade of jazz in American music culture.

Taken all together, Wright has posited that in order for jazz – or, as he put it, “collective improvisation” – to become popular again, the ‘ear’ of our society need some retraining. As Wright puts it, “We must re-learn how to listen.”

“That statement came up mainly when people were talking about why jazz couldn’t be the popular music anymore,” he shares. “And we have changed so much over the decades that we’re not ready for that musically.”
. . .

. . .
Wright believes that today music is largely viewed as entertainment, rather than art. “It’s not considered to be something that will make us think or make us feel things. So [it’s about] the visuals of having smoke machines and laser shows, and choreography, rather than actually sitting and listening to a performer express themselves.”

That, acknowledges Wright, is a loss – and our constantly being bombarded by social media has lessened our ability to simply sit and listen to music, or even spoken word.

“It changes how we how we perceive things. We have gotten to the point where the general public feels that if you’re just standing up there and expressing yourself without all the bells and whistles, we feel as though you haven’t done enough. We get bored with that. And so, as a result, I feel we have to learn how to listen.”

Wright performed recently in Sarasota and how heads to St. Pete along with his musicians – David Pate (sax), Judi Glover (keyboards), Mark Neuenschwander (bass) and Stephen Bucholtz (drums). You can purchase tickets at thestudioat620.org/events/whats-right-whats-left.

“I have performed here over the last four years in the Tampa Bay area,” Wright adds. “And I have enjoyed performing for people and sharing my interpretations of the Great American Songbook.

“But this time around, I feel as though it’s time for me to sing what’s Wright. And so, I’m performing the music that I’ve written and I’m sharing that with Florida, and hopefully you’ll enjoy it.”
. . .

Visit scottywright.com to learn more about Scotty Wright.
To follow his writings and thoughts on Quora,
visit quora.com/profile/Scotty-Wright-4.

Originally published in The Weekly Challenger
. . .