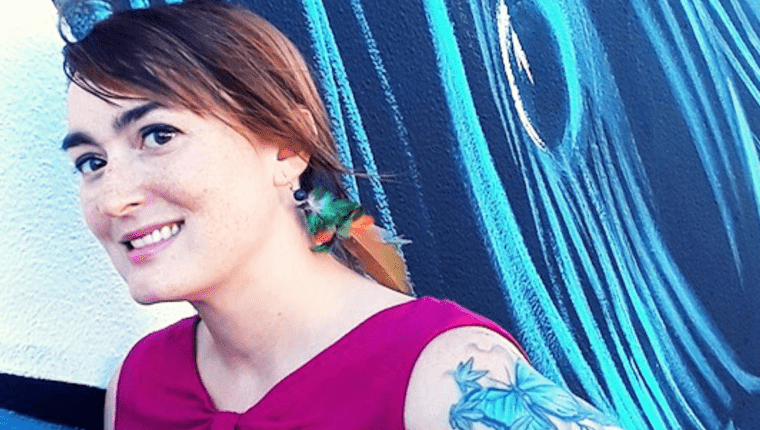 Sara Ries, a Buffalo native, holds an MFA in poetry from Chatham University, where she received the Best Thesis in Poetry Award. Her first book, Come In, We’re Open, which she wrote about growing up in her parents’ diner, won the Stevens Poetry Manuscript Competition and was published in June 2010 by the NFSPS Press. Her poem, “Fish Fry Daughter,” was selected by Ted Kooser for his American Life in Poetry column. Ries taught composition and literature at Erie Community College for five semesters before moving to South America to teach EFL for SENA, Colombia’s public university.

Sara currently lives in St. Petersburg, Florida, with her husband, son, and cat and teaches creative writing courses for Keep St. Pete Lit. Her first chapbook, Snow Angels on the Living Room Floor, was released in December 2018 by Finishing Line Press. Her forthcoming chapbook, Marrying Maracuyá, was selected as the 2020 winner of the Cathy Smith Bowers Chapbook Competition from Main Street Rag. Her poems have appeared in Slipstream, Cordella Magazine, Punt Volat, The Buffalo News, Blue Collar Review, LABOR: Studies in Working-Class History of the Americas, and Earth’s Daughters, among others.