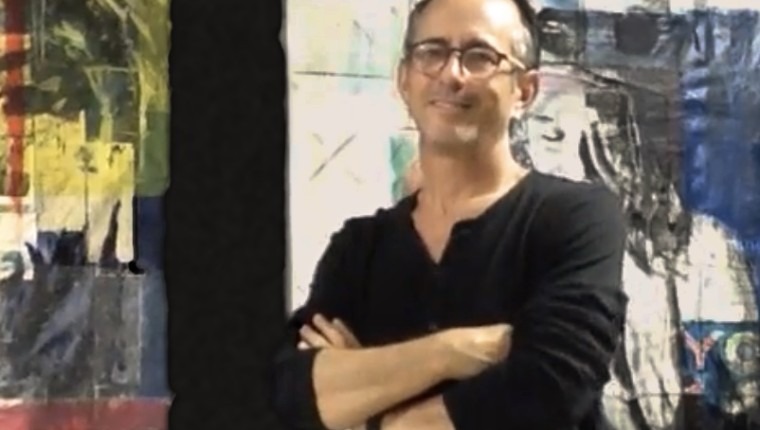 Growing up in Florida before a widespread understanding of neurodiversity, Dorian found in the arts a refuge from traditional schooling, a lens through which to understand the world, and an avenue for self-expression. He began his formal arts education at USF, then completed a Master’s degree in Graphic Design at the prestigious Pratt Institute in Brooklyn. At Pratt, Dorian’s work incorporated the principles of Swiss design, articulated by Armin Hofmann and Wolfgang Weingart, and the graphical interpretations of literary theory explored formally by Katherine McCoy and Jeff Keedy and intuitively by David Carson and Vaughan Oliver.

Dorian spent two decades as an award-winning designer and esteemed design educator, first serving as Pratt’s Senior Designer and later leading design programs at the Delaware College of Art+Design, USF St. Pete, and the Ringling College of Art+Design. Now fully dedicated to his own work, Dorian strives to engage the viewer in a process of discovery: peeling back layers of content and interpretation to a space where new meaning emerges. With paint, photography, collage and assemblage, Dorian creates intensely personal visual narratives that nonetheless invite viewers to embark on their own cognitive journeys, enriched by suggestive juxtapositions of imagery and artifacts.