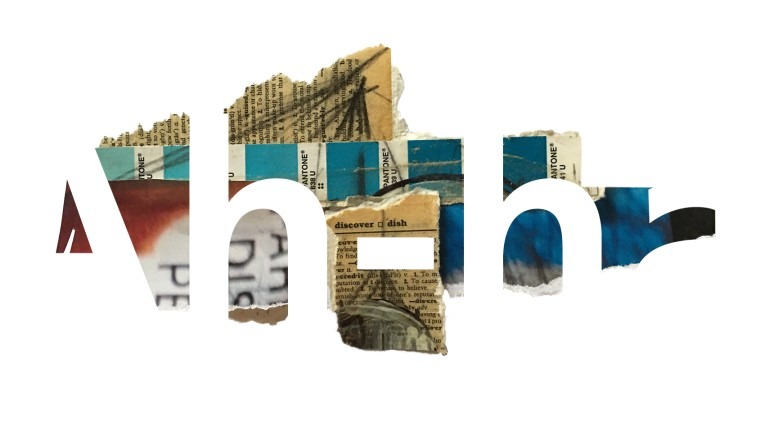 I am a pack rat and a nostalgia junkie; one could find a lost tribe working their way through my garage. I love scouring antique stores, junk shops, thrift stores, and if I find someplace that makes me question if my tetanus shot is up-to-date, I know that I am in for an afternoon of joy. There is an old joke, “…it’s not hoarding; it’s art supplies,” so in order to make sure I am on the right side of that line, it is important for me to continually question what it is that draws me to something and why.

Using found objects in work is harrowing because we are raised with a reverence for our histories and relics; to take an old document or photo and paint them into a canvas poses a healthy dose of anxiety, especially if working with ephemera and artifacts from one’s own life and family. If there is a photo of a distant family member before they shipped off overseas, are you willing to risk its desecration? I will argue that in using one’s ephemeral treasures, they are at the very least being honored more than allowing them to die a slow death of termites and water damage, deserted in a box that someone will have to deal with after you die.

I was working on a painting recently and something just wasn’t sitting right. There was a nagging at the back of my neck that had been scratching at me through the past few pieces I worked on, but I just couldn’t put my finger on what it was. As the piece developed, I kept running into a problem; I was painting on top of collaged ephemera and there was one element that kept interfering rather than being an integrated component of the composition. It was an old Maas Brothers sales tag and no matter how the painting developed, I just couldn’t paint over it or integrate it. I wrestled with it like Dusty Rhodes for weeks. So I continued developing the rest of the piece thinking that sooner or later I would figure out how to resolve the issue.

As the piece began nearing a finished state, this little Maas Brothers tag kept sitting there like a pimple on prom night. I would sit in the studio staring at the canvas trying to figure out what wasn’t working and why it was so impossible for me to just paint over the damn thing. That is part of what I do; I collage ephemera and then I paint on it. The rest of the piece was coming along nicely and was even moving into some interesting new ground for me, but this one little sales tag was driving me to drain my collection of Trader Joe’s reds. So I flipped the question: it wasn’t why I couldn’t paint on top of this one element, but rather why I was able to paint on top of the others. In staring at that little 2” x 3” tag, I had an ah-ha moment. I had lost sight of the idea of honoring the ephemeral pieces I was using and had allowed them to become simple texture. Those relics imbued with so much visceral connotation were being neglected and disrespected by the painting on top of them.

Even though the series that I was working on (femme fatales of film noir) was received  positively, I knew that that there was something that just wasn’t right. In that Ah-ha moment I realized that I needed to pay closer attention to honoring the artifacts I was using in my work. This has pushed me in a bit of a new direction down my road of artistic circuitous serendipity.