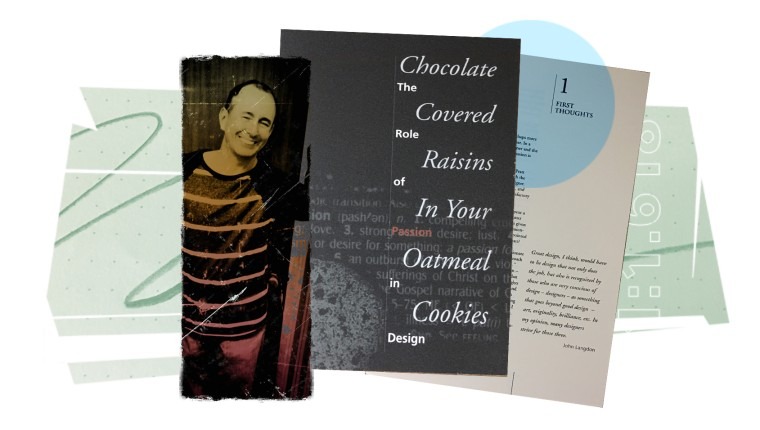 I have always held that the most valuable learning doesn’t happen in the classroom but rather when you are having a pint with your friends talking about the class. It is when talking colloquially about a subject with one’s peers that ideas take their most cogent form. It is one thing to intellectually know about the golden section but it is very different being able to discuss it relative to practical work. It is one thing to read Ferdinand Sussier or Roland Barth for a class as peripheral knowledge but in discussing the significance relative to one’s own work, or that of one’s peers, that the data becomes tangible meaningful knowledge.

One of the most profound moments of grad school for me happened while having a slice of pizza before class with one of my professors, Elinor Pettit, when she told me the story of making oatmeal cookies with her son when he was a little boy. When it came time to add the raisins he asked, “…why don’t you put chocolate covered raisins in the cookies?” That was such an “ah-ha” moment for me that it became the title of my graduate thesis, Chocolate Covered Raisins In Your Oatmeal Cookies: The Role of Passion In Design. “Chocolate covered raisins” are what I call those firefly moments when an Artist/Designer does something so uniquely their own…of their own passion, volition and insights that a work is taken to the level of the sublime. Creation comes from continually asking, “what if” and as artists we constantly strive for our chocolate covered raisins because that is our raison d’etre.