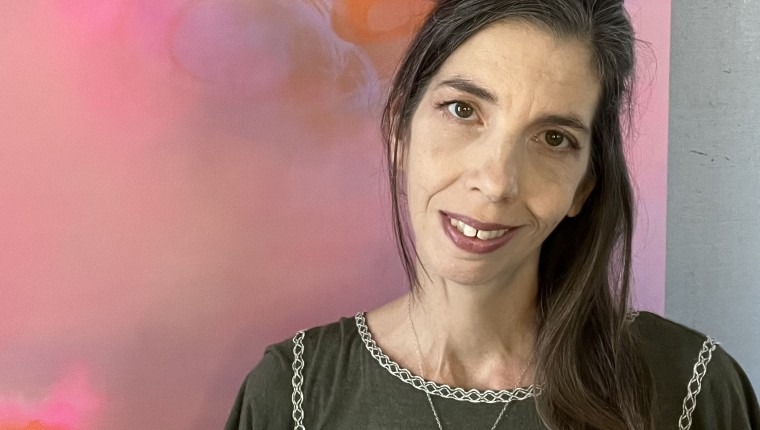 Kimberly Engel is a contemporary abstract painter who lives and works in Clearwater, Florida. Her distinct gestural style combines a love for color interaction with spontaneous mark making. Engel’s paintings explore levels of transparency, evoking depth and light. She is inspired by the constant presence and changing states of large bodies of water. She has lived both on the shore of Lake Erie in Euclid, Ohio and across the street from St. Joesph’s Sound in Dunedin, Florida for a little over a decade prior to moving to Clearwater.

Engel describes her process as an exploration of herself and ultimately the dissolving of her “self” mirrored in the process of making and deconstructing works. Her gestural marks are at times compulsive and other times seem graceful and somewhat calligraphic. They undulate and disappear under thin veils of color. Engel invites viewers to participate in the paradox of tying to capture fleeting moments that occur over many painting sessions within her work.

In 2002, Engel received a BFA from the Cleveland Institute of Art. She has exhibited in Cleveland, Chicago, Raleigh, Camarillo and several galleries throughout Florida. Her work is in Capright Corporation’s permanent collection, Chicago.