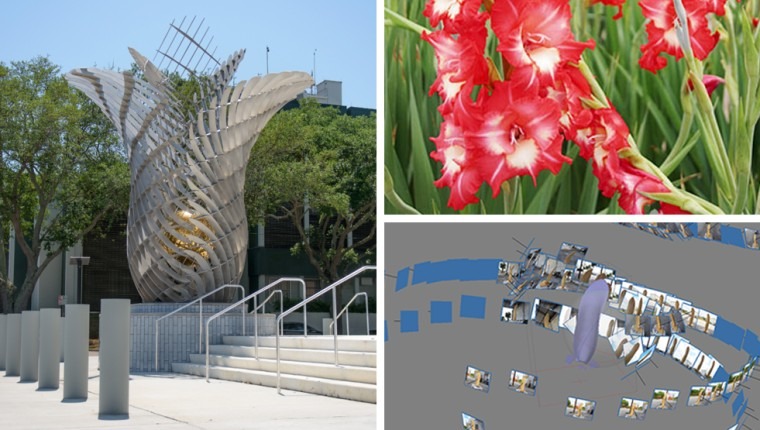 After the completion of Splash, I got my feet wet designing my first two projects with Mark Aeling for MGA Sculpture Studio from scratch: “River Shadow” and “Charley Boat”, both aluminum sculptures for an apartment complex in Tampa.

These two projects, as well as Splash, represented a great year of making public art for the studio. Large-Scale Public Art is a hard business to get into, as you need to make big work to get big work, and the first few projects can be difficult to get as well as keeping momentum while not being overwhelmed. It is a fine tight rope that I respect Mark for having the appetite for.

The process for most Public Art starts as a Request for Qualifications (RFQ). Usually, there are a few hundred applicants that are distilled down to about 3-5 artists who form official proposals. It is actually rather rare to be selected from this talent pool, even with a competitive portfolio. But every now and then you get something unexpected, and that is exactly what happened to us: We were shortlisted for a major $365,000 project for a pair of sculptures that would be at the new St. Pete Police Station. And to top it off—it was all on a very tight, three-week deadline.

In previous projects, Mark usually produced a maquette (fancy French word for small-scale model), but not usually in such a short timeframe and for two sculptures. That is when I suggested that we could design them digitally and render them out.

Did I know how to do that?

Kinda. I had done renderings when I first starting pitching jewelry projects (see first blog post), so I had a rough idea of how to do it conceptually. But to design a whole police station, with two sculptures, against world-class artists with teams of designers who won projects like this constantly?

Hell yea let’s do it.

Mark came up with two very strong concepts for the police station: an interior 20′-wide aluminum eagle wing and a 23′-tall stainless-steel gladiolus flower. The eagle wing, titled “Shielded”, represented coming underneath one’s wing when entering the police state. And you know, bald eagles being very patriotic and all. The second piece was titled “Gladiolus Blossom”, and was a representation of a gladiolus flower, which has a long, rich history of being worn into battle by gladiators. It was believed to bring good luck to warriors. Both pieces fit into the mission of the art for the police station: to make work that was inviting to visitors and soften people’s concept of the police, while also being work that the officers themselves could be proud of.

Two weeks of nonstop design, and we officially had our first fully digital pitch packet that looked halfway professional. All done on my 10-year-old personal laptop. Mark and I went to present the pitch to the St. Pete Police Art Committee, and after the presentation (which was open to the public), he said I should stay and watch the other presentations instead of returning to work. Which was… enlightening.

So, after two hours of presentations and five hours of debating/yelling/fighting/etc.… MGA won both projects. Mark came to pick me up, and we stopped by Publix on the way back to the studio and got the cheapest bottle of champagne possible, and we celebrated with the crew.

And now a quick photo montage of the making of Gladiolus over several months:

Overall, the project went pretty well without too many issues—except for one major thing: Our sculpture broke a waterjet machine. At the time, we were using a company out of St Pete that we trusted, because there are a lot of sketchy players in the waterjet game (see Part 4). But their machine was small and they only agreed to cut for us when they had downtime, which worked well with the current workload. The reason the waterjet broke was because our pieces were so big and heavy that their machine couldn’t handle it. While polite, they gave us a fair warning about using them in the future: NEVER AGAIN.

So, with a major profitable project out of the way and our main cutter no longer in the game, Mark decided to make the ballsy move to purchase an in-shop waterjet machine for MGA Sculpture Studio.

I was tasked with figuring the waterjet market and the technical jargon, even though I had never even seen a waterjet in person before. But three months later, after a bunch of Reddit forums and a trip to FABTECH in Atlanta, I had found the perfect waterjet from a Canadian shipyard on a steal of a deal. And some $150k later, MGA had their first major industrial fabrication machine.

Little did I know at the time, but the purchase of this waterjet machine would change MGA and my own personal artistic journey FOREVER.

Read more about it in my next post: The Magic That Is The Waterjet