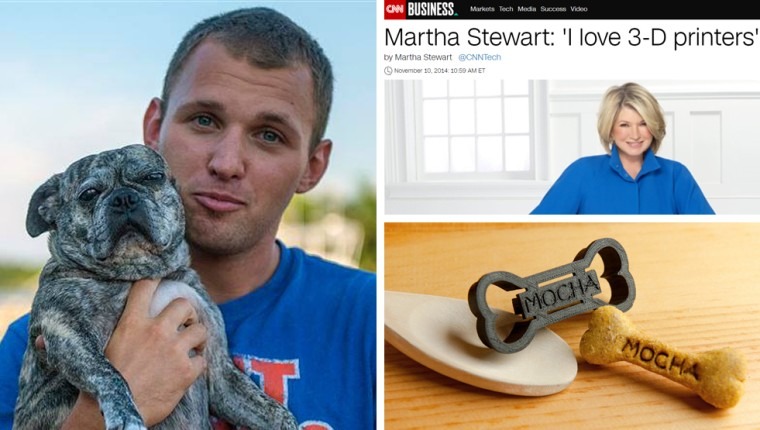 Read Part 1 Here: How I Got Into the Arts Part I: College and Jewelry

With the notion of getting an engineering job officially over and making enough money to move out of the parents’ house, I signed a six-month lease for a little bedroom on the sand in Sunset Beach on Treasure Island. It was the off-season and rent was $600 a month, and it was AMAZING. I’d spend all day designing jewelry and then get to watch every sunset on the beach. If I was out of groceries, I went fishing. Drank my coffee every day while paddleboarding.

I was a certified beach bum.

Anyways, I’ve always had a great interest in machines and how to use them, and having gone to school for engineering, I also had the background to pretty much pick up anything technical. When I was learning jewelry design and how to use a wax mill, there was also a lot of attention in the news for the emerging technology of 3D printing. With my design skills improving and my confidence high, I decided it was time to invest in one of these new machines and incorporate it into jewelry design. The initial idea was to make bracelets with 3D printed plastic parts combined with cast sterling silver parts.

My first 3D printer was a Makerbot Replicator 2X, a printer known for printing multiple materials. At the time, it seemed like a good idea to jump on the popularity of using a technology that was quickly becoming a household name. There was a month-long learning curve to use the machine, which definitely is finicky and not as easy as you’d believe. But I quickly learned to use it and also learned that the quality was not at all good enough for jewelry.

And so it seemed like I had an expensive paperweight on my hands.

Remember from my first blog post that my family was entrepreneurial and could make anything work? Well, my mom refused to let me give up on the 3D printing craze and invited me over to drink some wine and brainstorm how to make money from this machine.

Busting open the box of wine, we logged onto Etsy and typed “3D Printing” into the search bar. It was 2013 and there weren’t a whole lot of results, but we did find one seller who was making something interesting…

The cookie cutter designs were in a very specific niche, and it was Nerd Culture. Things like Mario and Game of Thrones and Harry Potter—and they were selling like hotcakes. It looked like sales were in the hundreds a day, with a production line of ten 3D printers to make them all.

There was one issue with the business, though, and it was a glaring one—everything was illegal copyright infringement, which means you haven’t really built a legitimate business. But the online storefront did prove the concept that you could make cookie cutters and sell them well on Etsy.

But how to do so legitimately?

Another cup of wine, and we started to think about things that had made our businesses successful. My mom’s jewelry business was also a focused niche, and it was making jewelry of people’s pets as mementos. The most popular piece was a dog nose necklace, made from a mold she would send to her customers.

Between her weirdo dog jewelry line and all of the custom jewelry I designed for customers, we both agreed that people just loved custom shit. So that was a good start to the brainstorming: custom cookie cutters. The ideas started simple from there… a birthday cake with someone’s name printed on it. That’s a decent idea. We were onto something it felt like, but it was missing that extra something.

Another cup a’ wine.

At this point, it had turned to evening, and my mom and I had been drinking and brainstorming for some hours and it had started getting late. Late enough that she had forgot to feed the dog. So Mocha, my parents’ half-Pug, half-Frenchie, came into the room and started barking. And that is when the light bulb went off for me.

As soon as I uttered that phrase, my mom looked at me and we both knew that was it. We had a sure-fire winner.

What would we call it?

I hopped on the computer and looked for a logo font, typing ‘cookie’ into the search bar. The first font was a cutesy, whimsical font called “Cookie Monster”. Within 5 minutes, we had half of a business started and an Etsy name registered. Within 20 minutes, I had a dog bone designed with Mocha’s name on it. I went home to print the first sample, and by the next day, we had our first listing up on Etsy.

Within 24 hours of that first cup of wine, we had a 3D-printed cookie cutter sale. Within a week, we were featured in a blog. It was unreal how viral and fast the business grew.

The first holiday season, we sold $12,000 worth of custom cookie cutters in three months. One machine turned into three machines. The next year, we sold $30,000 worth of cookie cutters. Three machines turned into six machines. $58K in sales the following year. $78K the year after. The shop had over 50 breeds at one point, and it was featured in multiple publications from the front page of Etsy to an article on CNN Money, where I was quoted along with Martha Stewart. It’s hard to express how fast and wild and insane the ride was. And I basically ran the whole business out of a bedroom.

I moved from the beach and for the next few years, found myself in various living situations near downtown St. Pete, which I really liked—always with roommates. I liked roommates because I worked from the house and rarely left, so having roommates meant there would always be someone to talk to even when I needed to work. Plus, I had been an RA in college and was used to sharing spaces with people. I usually moved every year, mainly for a change of scenery. And it seemed every year, I was forced further and further from downtown for the same price.

So, here I am at 27 years old, almost making six figures working for myself as a designer with a farm of 3D printers and a little wax-carving jewelry machine, which I had been running out of various bedrooms. It was now 2016 and I had a pretty penny in the bank, and that’s when I started looking at the numbers. I had enough money to buy property. Furthermore, I could buy property and rent out rooms and basically live for free. And with that, I spent all my savings on a little four-bedroom house in Uptown, never having to worry about moving my business or pissing off roommates by running six 3D printers all night ever again.

So, after seven years and over 20,000 cookie cutters printed, I had burned out on the business. Etsy had become more popular and more people had 3D printers, so I had competitors undercutting my prices. The business was very uneven, with most of the sales being in the holiday months and no way to build inventory for that rush. I was no longer a designer; I had become a manufacturer. I had money, but that wasn’t enough to keep me happy and something was telling me I needed a change in my life. And that is when I met Frank Strunk III at a show in St. Pete—a world-class metal artist based out of Gulfport, and I was offered the opportunity to apprentice for someone in the arts.

Stay tuned for Part III: Frank and the Art Walk