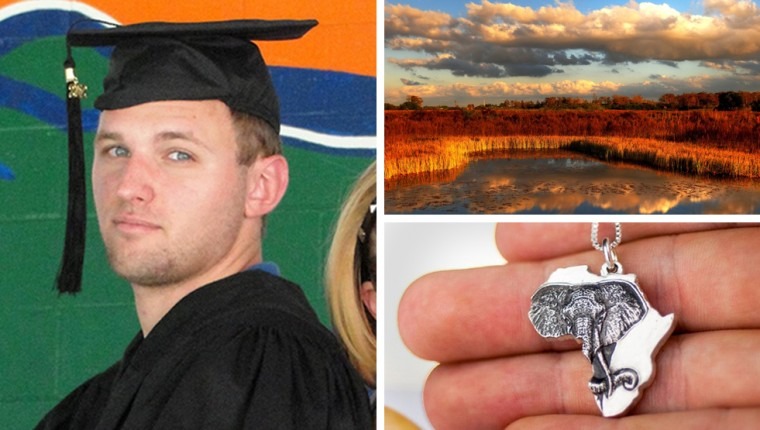 Hello, Pinellas, the only Florida county I like… (despite the fact that it’s gentrifying itself to hell, but I digress).

My name is Alex Kaufman, and I am one of the 2022 Emerging Artist Grantees. Yay for me. Cue the fireworks/strippers.

Being awarded one of the Creative Pinellas grants is an honor, and I’m pretty stoked develop and showcase some new work I’ve had in the sketchbook for a while. But first, it is probably a good idea to reflect on how I got here and why you’re even reading this.

My story of the arts is not a linear journey, but rather quite the interesting all-over-the-place shit-show. So let’s goooooooooooo.

*Sets Delorean to 2013, loads up some plutonium, and floors it 88 down Central Avenue*

Alex is super hungover as he walks on stage, shakes a plush oversized Alligator’s hand, and accepts his diploma for Engineering from the University of Florida. A happy occasion for most, Alex is lackadaisical, burnt-out, overweight, and unhappy. Five years of every technical class under the sun, more all-nighters than a coke dealer partying in Miami, and working with other engineers that had the charisma and imagination as the namesake character from Weekend at Bernie’s had left him… uninspired. So, with no prospects or hope, like any good millennial, he moves in with his parents.

So… I figured out a little too late that I didn’t pick the right degree. Engineering, in retrospect, is not at all what I’m passionate about, even though I was always capable in math and sciences. But if you don’t know exactly what to do, it wouldn’t hurt to have a valued degree, right? Right???

However, there was a silver lining to my education in college, and it is one that actually has nothing to do with engineering, but led me down this path to becoming an Emerging Artist more than any technical class I took.

For reasons I have long forgotten, I had haphazardly bought a fancy $1200 DSLR camera on a whim with money I made from being an RA on campus. I think I was bored at the time, to be honest. But the camera gave me something to do, and I went around campus taking pictures of things I liked. I traveled around Gainesville and went to parks and took photos of nature. I learned by doing and enjoyed it, and brought my camera with me everywhere. The technical part was easy to learn, being an engineer and all. It was a happy and innocent hobby.

After a year of dicking around I had become a decent photographer, but was a hungry learner and thought it would be fun to take an organized class to see how good I was (a class that I ACTUALLY would enjoy for a change). Unfortunately, there was no photography department at the University of Florida, but there was a department of Photojournalism, which was close enough I guess. After the first class, Introduction to Photojournalism with John Freeman, I was hooked. Each semester I took one photoJ class until I had a minor, for no reason besides the fact I enjoyed it. Little did I know that storytelling through imagery would set me up to be the artist I am today. This will all come into play…later.

Now, before we go further, I have to talk about my parents and my upbringing for the next bit to make sense. So, back in the Delorean and further back to Alex’s childhood—but only for a quick montage, as this post is getting too long and Creative Pinellas is getting mad at me for not posting any blogs (sorry CP, I’m a bad procrastinator. And sorry for all the cursing, mentions of drugs/booze, and obscure references to 80s culture).

The joy of the Kaufman Family is that they are anything but conventional. Growing up, my parents owned a toy store, The Golden Bear. “Wow that’s such a great childhood, you must have played with so many toys!” is usually what someone says when I tell them about the toy store.

Toys were inventory, not…toys. My sister and I just had to keep them organized and the packaging clean, as the free little child laborers we were supporting the family. The only gifts I ever got were LEGOS. And when I wanted something else? “Why don’t you just build it out of Legos?”

I’ve been told that explains a lot.

Fast forward to 15 years old, when Toys-R-Us came and effectively killed the family-owned toy store business. I had spent spent my whole life selling every toy fad from the 90s: Thomas the Tank Engine, Madeline, Beanie Babies, Tomogachis, Yo-Yos, Devil Stix, Furbys, Pokeman Cards, you name it—and it was all gone pretty fast. But my family, being entrepreneurial as they were, turned to a different world. The world of Jewelry. At a kiosk in a mall. Yada yada yaya the kiosk in the mall turned into online sales on a little known site at the time called Etsy. Well that blew up and they became strictly an internet business, which they still run to this day.

The gist is that I basically grew up in a household where no one ever worked for anyone else—we never had any benefits or safety nets, only ourselves and the belief that when something didn’t work out, we were always capable of something else successful. And even though some times were tough or stressful or busy, I grew up around resilience and self-sufficiency.

Now, we climb back into the now-overheating and abused Back to the Future car and travel to post-college living with the rents, where I was applying for full-time jobs unsuccessfully for three months.

It was 2013, a few years after the financial collapse, and while the economy was rebounding, companies were not hiring just anyone—even with an engineering degree. But the real issue was burnout and my inability to fake interest in anything I didn’t actually find interesting.

After months of applications and interviews and misery, I had zero job offers. That is where my mom, seeing that the “conventional” way of doing things wasn’t working, suggested that I make jewelry for the family business. Conveniently, my family had invested in a wax-mill carving machine for making jewelry, which my parents had never actually bothered with. The little CNC had collected dust for five years.

“Well, Alex, why don’t you learn to use the machine?” I was an engineer, after all.

Lucky for me at the time, there was a brand-new website called CustomMade, which was a marketplace where people could post their projects and jewelers would pitch them on any idea and budget.

I didn’t know a damn thing about jewelry, but within a week, I had won my first pitch for a custom necklace in the shape of an airplane for $65. With no idea how to make it, I started to self-teach design through YouTube and forums—and I actually found it fun, interesting, and most importantly, 10x easier than engineering.

And with that first design came the first picture that started the portfolio. The designs may not have been great, but the quality of this photo was enough to convince people that I was somewhat capable and professional, which is POWERFUL. Thank you, expensive camera I had bought 4 years prior.

One project turned into several. The portfolio grew, and the quality of the work grew. I chose a variety of different projects, so I could learn all elements of design. I was not only forced to learn so that I could complete projects, but I was also PAID to learn. Which is the best way to pick up a new skill if ya ask me.

Within two months of designing, I completely stopped applying for engineering jobs and was making enough money to move out of my parents’ house and have my own place to be a freelance jewelry designer. It was only $1,000 a month, but it was enough.

For the first time in my life, I had some semblance of a direction—and it was being creative.