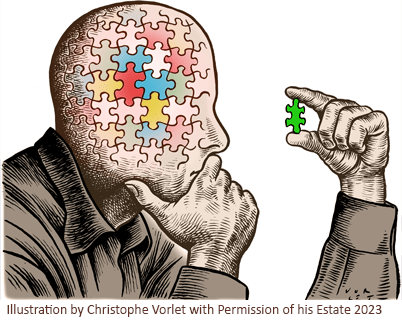 As a continuation of my previous post (blog 2), today I will share the evolution of my work over time and how it was a process of self-knowledge.

I worked with graphic design for many years. It took hours and hours in front of a computer. The need for a break to work with my own hands made me discover clay.

When I started, I only had Saturdays to get my hands dirty. That’s when I first thought of a ceramic project. I jumped right in and decided to make my first series: eleven different handbags, one from each decade. At that time, I was very anxious and wanted to learn many techniques quickly, using both wheel and modeling.

After a while, I realized that speed is not part of the ceramic process. But I learned several techniques and began to understand clay more, at the expense of many mistakes and restarts. I got my first award in an exposition with that series, and to my surprise, I sold it entirely to a single buyer.

This enchanted me and I continued making handbags for a long time.

The second series, which I called “Introspection,” was comprised of ceramic masks with serene faces and with different marks, under intertwined copper wires. The marks on the faces represented the scars that we all have as a result of individual choices and the crossed threads represented the paths of life that we face on our way and force us to make choices.

My intention was to convey that we need to be at peace with ourselves despite the scars, doubts and decisions.

The third series I called “Fragments.” They were fragmented female bodies modeled in ceramics. The intention, in this case, was to convey that despite the marks that life makes, they maintain their beauty and form a representation of female courage.

“Curvy” was my fourth series and it originated from a preliminary exercise where I created vases with movements as if something wanted to come out from the inside. The series was made up of vases inspired by the shapes of the female body. The intention was letting movement flow with curves that come and go, defining unique forms- decorative and utilitarian at the same time.

I also had a phase with panels where I started thinking about pieces that could be modular and expand to larger dimensions. The Orbital wall sculpture is an example. Inspired by geometric patterns found in nature, creating resonance of balance, union and harmony.

The sixth series, which I am currently finishing, will be at the Beth-el Art Festival at the end of January. I call it “Convergence.”

With a very particular eye, I created a series of sculptures with pensive, contemplative and serene faces in opposition to geometric elements that, when disorganized, symbolize contradictions, problems and confusion. But when they converge to a rhythm and order, they symbolize peace and harmony.

Putting all this on paper, observing ideas and remembering things I read and heard over time, I came to some conclusions:

It’s very curious because it really fascinates me to want to understand who I am. I realized that subjectively, through ceramics, this manifests itself in some way. I discovered that the continuous quest to understand who I am as an individual and the mystery of that internal strength that humans have, which makes them move forward, is what inspires me as an artist.

I am very excited about the Creative Pinellas exhibition, because seeing all this gave me more inspiration to go beyond my comfort zone.

See you at the May 4th exhibition.