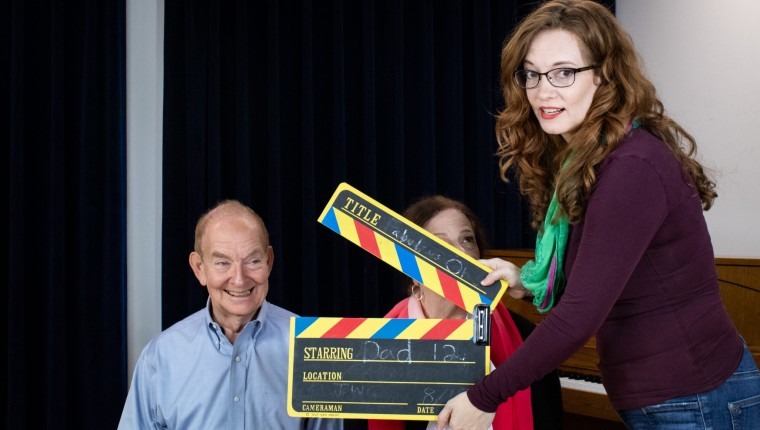 . . .
There are 12 feature-length films at the 5th Annual Dunedin International Film Festival – and they’re all documentaries.

“I love telling stories that matter,” says DIFF President Cameron Ilan, “and documentary films are a way to spread a message about real-life stories happening now.”

“It’s just the content that people are submitting to our festival,” Ilan explains. “It’s not that we prefer documentary film. It’s what the festival has generated in the film community. Documentarians know that we have a track record for screening great documentaries.”

This year’s lineup is particularly documentary-heavy. With 12 feature-length documentary films on the roster, DIFF attendees will have plenty to talk about. The films cover just about every major issue of the day, from mass shootings to climate change, plastic pollution, protecting our oceans, toxic waste, youth suicides, immigration and the American justice system.

These past few years have been heavy. It would have been easy to throw a festival full of bleak documentaries, especially on intense subjects like these. But despite the serious subject matter, Ilan tells us that “almost all of the content we’re showing is on a positive note.”

How does that work with films that address toxic waste, cancer and suicide?

For Ilan, it’s about injecting hope for a better future. We all know that the world’s on fire — we don’t need a series of documentaries to tell us this. We need to see people changing our world for the better. That’s what Ilan is trying to show us with this year’s DIFF selections.

“We want all of our members and ticket-buyers to leave the festival with a positive experience, a positive message of hope for the future, because we all could use some hope right now.”

Without further ado, here are the documentary films we look forward to seeing at this year’s Dunedin International Film Festival.
. . .

This nature documentary from National Geographic Brazil celebrates life along the Brazilian coastline. It’s basically a trip to Brazil – scuba diving inclusive – that you can experience without leaving the Tampa Bay area.

Originally released in Portuguese in 2020, Blue Brazil is now available in English and it’s showing at DIFF.

. . .
My Sister Liv tells a story of depression, suicide and loss. It’s an all-too-common story these days as youth suicide rates soar, especially within the LGBTQ+ community. Yet, due to the stigma surrounding suicide, stories like these often go untold.

The Liv Project, founded by Liv’s sister Tess Kunik and mother Helen “Honey” Beuf, produces creative works like My Sister Liv to bring these conversations out of the shadows and into the light.

“My Sister Liv leaves you with a positive note, because it takes this very sad, dark thing, and shows how people were able to harness that emotion and create awareness versus also going into a dark place,” says Ilan.

. . .
In 2019’s Aquariums: The Dark Hobby, Paradise Filmworks International takes us to Hawai’i to show us the real price of keeping saltwater aquariums in our homes and businesses. Spoiler alert – we’re stealing Hawai’i’s reef fish to fuel our saltwater aquarium hobby.

Earle founded the nonprofit Mission Blue in 2009 to help create a global network of protected areas within our oceans. She calls them Hope Spots, and there are now 147 of them, including one on Florida’s Gulf Coast.

It’s a problem for the 12 million people whose drinking water comes from the lake, but it isn’t exactly a new problem. The question is, “How big is the problem and can we fix it?”

. . .
This 2022 feature-length documentary, produced by Orlando’s Nancy McBride, revisits the 2016 Pulse tragedy through a series of interviews with Pulse survivors.

49 individuals lost their lives in the 2016 mass shooting at Pulse nightclub in Orlando. But what happened to the survivors? Surviving Pulse: Life After a Mass Shooting tells a story of resilience in the face of trauma. . . .
Did you know that the U.S. State Department secretly airlifted more than 14,000 unaccompanied children out of communist Cuba in the early ‘60s? They called it Operation Pedro Pan, and it’s the subject of a 2022 documentary from 90 Miles and a Dream Productions.

Good Things Will Come tells the story of two Pedro Pan children, the circumstances they were fleeing from, and how they adjusted to live in the U.S.

. . .
American Justice on Trial: People v. Newton revisits the 1967-68 murder trial of Black Panther Party founder Huey P. Newton. When Oakland police pulled Newton over at a traffic check in 1967, it ended in a shootout that took the life of Patrolman John Frey and left Newton and another officer wounded.

Murder or self-defense? Justice or Racism? These are the questions that Newton’s trial, and this 40 min. documentary, address.

The Fabulous Ohs:
The Marriage and the Music

. . .
Who are The Fabulous Ohs? They are Sharon and David Ohrenstein, the parents of Sarasota filmmaker Kathryn Parks. Parks grew up watching her parents chase their dream of making a career in the arts — Sharon as an actress and singer, David as a part-time composer and concert pianist.

The Fabulous Ohs tells a very different story from mainstream music documentaries. It’s not about ego, sex and drugs. It’s about love, following your dreams, and the real costs and rewards of sustaining a life in the arts when you’re not famous.

Singing in the Wilderness

. . .
Singing in the Wilderness tells the story of a rural Chinese Christian choir that went from quietly singing in the mountains to achieving international fame.

Through the story of two of its singers, Singing in the Wilderness comments on the effects of China’s modernization on the people who live there.

. . .
Against the Current follows South African endurance swimmer Sarah Ferguson as she swims 40 miles around Easter Island to raise awareness of plastic pollution.

The 2020 documentary looks at Swedish mining giant Boliden, accused of dumping 20,000 tons of toxic waste into a poor neighborhood in the Chilean desert town of Arica in the mid-’80s. The positive note – an earlier, shorter version of this documentary inspired a lawsuit against Boliden.

“So this documentary shows how the power of media and storytelling can affect change,” says Ilan. “Now whether or not the lawsuit was successful, you’ll find that out in the film. But by telling the story, change was made.”

. . .
There are more than a dozen documentary shorts screening at DIFF, each running 3-20 minutes long. They sort into three themes — nature and environment, art, and food.

Beacon City tells the story of creating a Hope Spot on Florida’s Gulf Coast while Water Colour takes you to the UK’s first Hope Spot, where wildlife artist Jane Smith learns about her world through art. HOB.
. . .


Water Colour is one of three short art documentaries screening at this year’s DIFF.


. . .
Nestled within Saturday’s Shorts Block 5, The Simple/Crazy Life of Henry Cole follows Puerto Rican drummer and composer Henry Cole on a trip back to his hometown of Añasco.

Lani Cupchoy’s Aloha Soul Food, showing in Saturday evening’s Shorts Block 6, is the festival’s only food documentary. The 12-minute-long film combines personal memoir and photojournalism to tell the story of how food memories and recipes unite and define us.

DIFF Brings the Horror
to Friday the 13th

. . .
The Dunedin International Film Festival
leans into Friday the 13th
with a block of horror shorts
and a performance by the Witches of Dunedin.
. . .


. . .
The Dunedin International Film Festival overlaps with Friday the 13th this year, and they’re making the most of it.

The fun begins at 8 p.m. with a free, non-ticketed performance from the Witches of Dunedin.

“Who are The Witches of Dunedin?” you ask.

They’re a group of women, mainly in their 50s through 70s, who enjoy dressing up like witches and descending upon downtown Dunedin’s bars. Perhaps “descending” isn’t the word I’m looking for. They don’t actually fly in on broomsticks. These ladies arrive by golf cart – this is Dunedin, after all.

They don’t typically schedule their flash mobs. Instead, they announce themselves with a lot of cackling. Then the music begins and they perform a choreographed dance routine. But this Friday the 13th (Friday, January 13), we can tell you exactly where these witches will be — at Moon Tower, performing live for DIFF audiences at 8 p.m.

The Witches of Dunedin performance acts as a prelude to an hour-long block of short horror films starting at 8:30 p.m.

Right behind documentaries and women-directed films, the next highest amount of DIFF submissions were in the horror category. There were 14 horror entries this year, and you can see six of them at Friday night’s Shorts Block 4. Each film runs between 7 and 15 minutes long.

Think of it as the film festival version of sitting around a campfire telling ghost stories.
. . .

. . .
Speaking of camp, Troma Entertainment’s Slimed returns to DIFF Saturday night at 9:15 p.m. for a free screening at Moon Tower.

This B-movie horror/comedy – filmed in Dunedin over a decade ago – delivers you into the Florida jungle where a park ranger and a bible salesman team up to battle the toxic slime taking over their neighborhood. troma.com/films/slimed
. . .

DIFF is unique in that it kind of takes over the whole town of Dunedin.

None of the films are screened at an actual movie theater. Instead, they’re shown in pop-up theaters at some of Dunedin’s most popular hangouts.

Festival passes and tickets to specific movies
can be found here

The Dunedin International Film Festival
is a recipient of the Pinellas Recovers Grant,
provided by Creative Pinellas through a grant from the
National Endowment of the Arts American Rescue Plan.
. . .