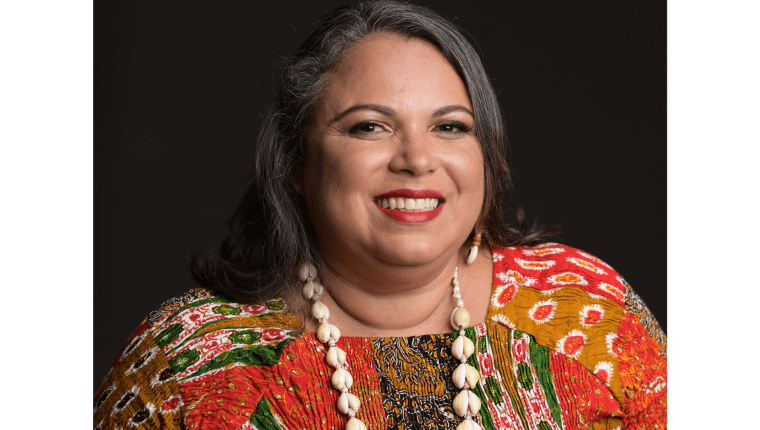 Robyn Crosa was born in Miami, Florida to immigrant families from Lebanon and Cuba. Her early childhood was spent in the Tampa Bay area, later relocating to the greater Atlanta area where she grew up to be an adult and established herself as an artist. After taking a life changing trip to visit her relatives in Cuba, she realized that her family was the most important thing in the world to her. Recently, she decided to move back to Florida to be closer to family and currently resides in Saint Petersburg, Florida.

Robyn’s style is folk art that is inspired by the works of indigenous people, as well as self-taught folk artists including Howard Finster (Talking Heads album cover) and Xavior Roberts (creator of Cabbage Patch Kids). She creates her doll sculptures based on the natural shape of the wood and then embellishes them with wood burning techniques as well as acrylic paint and found objects. Her first gourds were created as self-portraits – leveraging their natural feminine shape and seen through her eyes as a reunion of herself with her mother and sisters.

Her work has received an Honorable Mention in the school wide Dean’s Art Award Contest in the College of Arts and Sciences at Georgia State University, first place ribbon, a second place ribbon, and 3 third place ribbons at the Georgia Gourd Festival in Griffin, GA. Most recently they have been displayed at the Salvador Dalí Museum Holiday Art Show in Saint Petersburg, FL; the Carrollwood Cultural Center in Tampa, the Morean, and ArtsxChange. Ms Crosa was the recipient of the Emerging Artist Grant at the Florida CraftArt Festival in 2020. She is currently a member of the Women’s Caucus for A