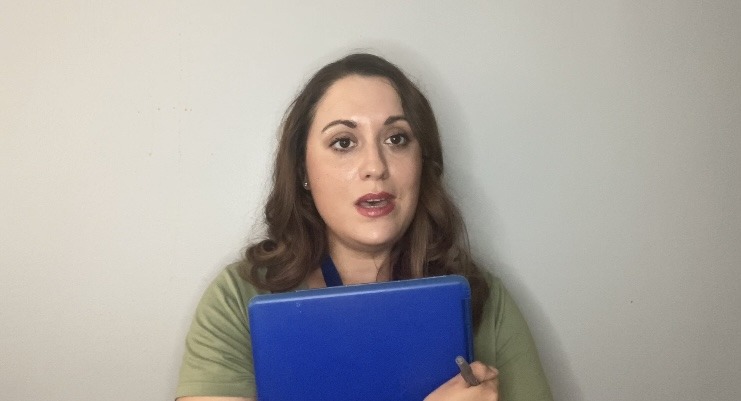 After a very active summer full of self-tape auditions and successful bookings (I booked a SAG film, but I’ll get to that in a future post), I figured I should write a piece on the very topic. As an actor in the year 2022, your home becomes the casting room. A small space can be your set. All you need is a good light source, quiet area and a blank background. The COVID-19 pandemic solidified the pre-pandemic practice of filming a “self-tape,” before then being called to give an in-person callback. Now, there’s no in-person. This virtual process has simplified acting auditions for everyone involved: casting directors, businesses, actors alike. Thankfully!

Well, for me, a self-tape is a virtual or video audition that is sent to casting directors for a formal audition. As the actor, you’re sent a general side or script, usually something from the project specifically or a rough draft. Sometimes, say for a commercial, a company may ask the casting director to give a prompt or action to perform, without a script. It all varies, but overall, casting and the eventual client, want to see your personality and how you will function on camera. I think it’s almost better than a live audition, because nuance can easily be captured in a digital setting, and well, that’s the end goal, right? In any case, I can briefly talk about my approach, because every actor is different. I’ll use a recent submission that I applied to as an example. My agent recently submitted me for a healthcare commercial. After the submission, the casting director will contact my agent and request I “self-tape” for a specific role. In this case, I was asked to improvise a scene. Improvisation is somewhat rare, from what I’ve experienced. Usually, if there is a script available, I memorize it to the best of my ability.

Now, I want to touch briefly on props and outfits for self-tapes. I’m all for wearing something that gives the essence of the part you are auditioning. It’s as simple as adding a blazer to emulate a business person or lawyer. For this specific audition, I had to look like a healthcare worker. I don’t have scrubs, but I improvised with the addition of a nametag lanyard, plus a clipboard as a prop. Props are great, by the way! They are much more natural, if you use them appropriately and they aren’t a distraction. After everything is set for my audition, along with an appropriate reader (if you need one), I start recording, horizontally on my phone. I do have a ring light for consistent lighting; it also holds my phone. First, I start with a slate; most companies will require some sort of “slate” or introduction-name, age, location–generally. That is recorded separately from the scene. Then, I record the scene.

When recording, I try to get varied takes. An unwritten industry standard is three different takes, so the casting director and client have options. I accomplish this by giving myself mood prompts- enthusiastic, frustrated, disappointed- and see how they play out when I review the recordings after. For film auditions, subtly is key. Once I feel I got the shot, I wrap everything up and begin the editing process. By edit, I mean just trimming the takes that I like, as to not show any additional “out of character” commentary or extraneous actions that happen before or after I perform the specific scene.

After all the editing, I compile everything together, adding my slate along with my three takes and Voila! My self-tape is finished. I submit it to my agent and then everything is out of my hands.

I will say, overall, I enjoy self-tapes, especially if the script is a good chunk of material. I feel like I’m taking part in mini-performances and that’s where the fun and creativity come into play. I always look forward to these little nuggets of acting, and hope that something will come out of them!