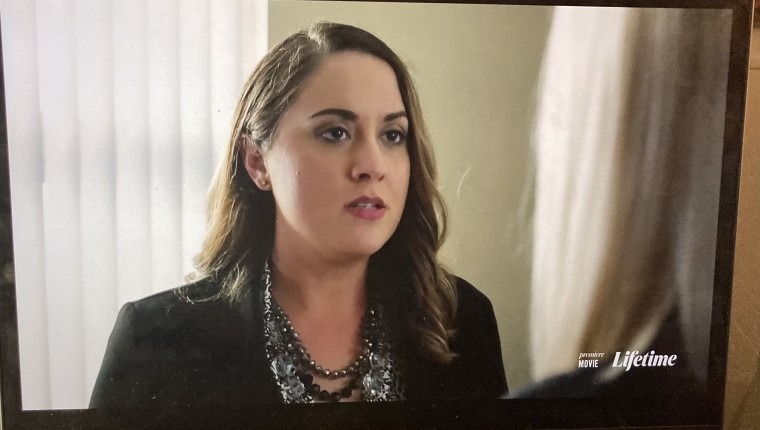 I’m VERY excited to share some clips from my recent Lifetime movie, Nightmare PTA Moms! It was filmed right here in Pinellas County and recently premiered July 10th, 2022. I posted about this awesome experience a few weeks ago, but I wanted to share the scenes that I appeared in for the project. I’ve included a brief summary for each scene below.

Brief Summary: The film is about dueling PTA moms, Vanessa and Gail. Gail recently moved to a new city with her daughter and husband, and attempts to acclimate by joining the PTA at her daughter’s school. Vanessa’s love for the PTA goes a little too far in this chilling murder mystery.

This scene takes place outside, during the school’s Halloween Festival, hosted by the PTA. This is where we start to see some competitiveness and jealousy between Gail and Vanessa, as they both participate in the “Best Parent Costume Competition” as hosted by Principal Gutierrez.

Second scene (and my personal favorite):

Later on in the film, Gail and Vanessa’s daughters are called to the Principal’s Office after an alleged fight broke out between the girls. Principal Gutierrez, frustrated and disappointed, chooses to suspend the girls; this ultimately upsets Vanessa, who attempts to threaten Ms. Gutierrez. Overall, Principal Gutierrez stands her ground, rebuffing Vanessa’s threats.

All in all, I’m so proud of the work that I did for this film. As an actor, It’s always very nerve-wracking watching yourself on-screen. It is such a treat to be able to do this for a living! I hope you enjoy these clips!