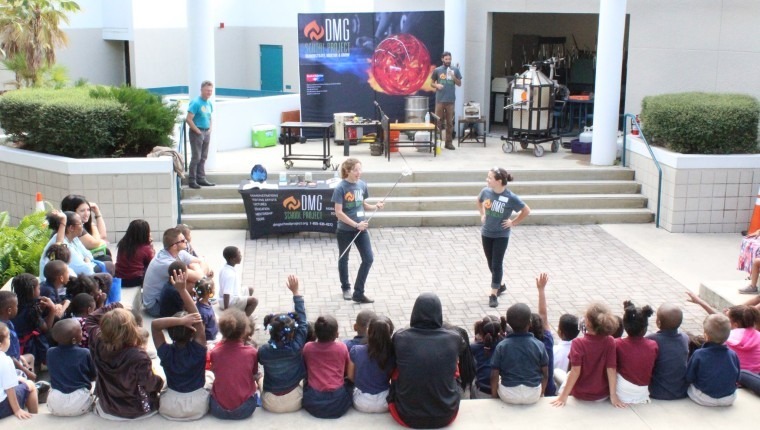 . . .
Duncan McClellan is a glass artist who supports the local arts community. His style of glass art can be described as the creation of large vessels with deep carvings on their surfaces.

They look like modern-day Grecian urns of antiquity – their colorful undercoating shows through the monochromatic surficial shapes and lines. The daintiness of the lines carved and the glimmering, refracted light shimmering through their polychromatic materials give the artworks a unique preciousness. “The ideas of the pieces primarily have to do with the connectivity of things in nature,” says McClellan. “I’m inspired by nature.”

The physicality of glass as well as the teamwork involved are what draw McClellan to the art form. “When it comes to the physical work of making something, it’s a combination of the quiet time with the piece and the collaborative aspect of working with a whole team of people to get something done. It’s a bit different than any other art form,” he says.

McClellan uses a multi-step creative process. “I start out with one pipe that has color and clear. A secondary bubble is attached and cracked off its pipe and manipulated from the inside-out over the larger bubble. Then it gets blown out. It’s the full form of what I’m looking for after it’s been put into an oven and slowly reduced, down to temperature. Then, it goes through a stage where I do a polishing, and, at that point, I have a blank,” says McClellan.

He motions toward an adjacent room that serves as a warehouse for his blanks. Inside are industrial-sized metal shelves that hold large globular glass forms. He continues, “All of these that you see down these rows are all blanks that I’ve blown. They’re waiting to be carved. They’re like canvases waiting. When I have an idea, I’ll select one. I’ll use pre-cut images that are laid down in a pattern, or a taping of the whole surface and drawing and cutting. Then, finally, sandblasting.”

McClellan learned his craft from influential glass artists. “My most important teacher is John Brekke,” says McClellan. “He taught me to take past experiences and put them on the surface. He taught me the glass carving techniques that I use in my work.”

Another inspiration for McClellan is Stephen Rolfe-Powell. He adds that Rolfe-Powell was, “A dear friend of the gallery,” and that he was inspired by Rolfe-Powell’s attitude.

“What inspires me even more so than his work is the kind of person he was. We got to know him pretty well over a series of years, and he was exceedingly kind to me. I observed how much of an incredible leader he was. I would watch him come here with a team of six assistants. They all went to college, and studied under him, and came back to help him because they loved him so much.”

Previously a businessman, McClellan began working with glass because he was inspired by the art being made by glass artists. “When I started glass, I was really excited about the process. I started the gallery because I was trying to discover what some of these fantastic glass artists were doing,” says McClellan.

The Duncan McClellan Gallery has impacted St. Petersburg’s Warehouse Arts District over the course of the 13 years it’s been operating. The neighborhood was mostly industrial spaces when McClellan moved in, and soon there’ll be boutiques and a vegan bakery nearby. The experience of owning and managing businesses throughout his life comes in handy with running the gallery.

McClellan established The DMG School Project to provide the art of glass to schoolchildren who otherwise wouldn’t have access to it. He says, “When we’re talking with the school kids, what we want to do is get that ‘Aha’ moment.”
. . .

Demonstrating the physics of glass blowing for students
. . .
. . .
The DMG School Project is important for continuing the art of glass because the equipment required for the art form is so unique, so bulky and so expensive that there are little or no opportunities for school-aged students to access it. To inspire the next generation of glass artists, local schools can invite The DMG School Project to come give a demonstration.
. . .

. . .
The DMG School Project is a recipient of the Pinellas Recovers Grant,
provided by Creative Pinellas through a grant from the
National Endowment of the Arts American Rescue Plan.