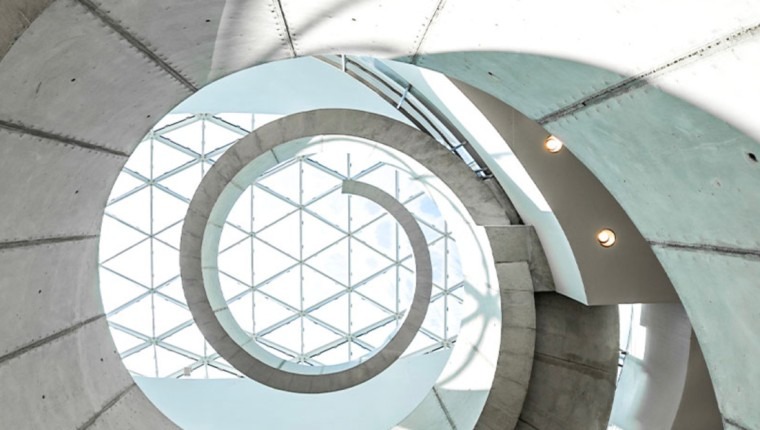 Another Jewel in the Dalí Crown

Salvador Dalí’s reputation may primarily be that of a painter – however, he was also a prolific writer, designer of fashion, jewelry, furniture, stage sets and sculptor. His creativity was tireless and omni-directional.

Recently, The Dalí Museum in St Petersburg added further proof of his versatility by acquiring an important sculpture for its already expansive collection.

. . .
Retrospective Bust of a Woman affixes another glittering facet to the group of three-dimensional sculptures currently in the museum’s holdings, joining The Lobster Telephone (1938) and Venus De Milo with Drawers (1936) to name just two.

Consisting of a female bust cast in hand-painted bronze, Retrospective Bust features a feathered cap, beads, plastic strip, loaf of bread, and an inkwell with pens. Taken as a whole, it is not, as might be assumed at first glance, a random jumble of common thrift store items. Instead, it is a monument to many of the obsessions that feature throughout Dalí’s oeuvre.

Dalí wrote voluminously about the impact this painting had on his childhood psychological development and artistic influence. Suffice it to say, it embodies his life-long fear of sexual intimacy.

. . .
The inkwell rests on a horizontal baguette. For Dalí, bread was an invaluable symbol variously referencing a staple of life, the Catholic Eucharist, as well as phallic connotations.
. . .

. . .
The female bust wears a feather cap with beaded trim fashioned by Dalí. On her forehead is a painted cluster of ants.

The young Dalí was traumatized after seeing a dead animal being devoured by ants. From then onward they brought up horrific thoughts of decay and decadence and appear regularly in Dalí’s work as in this detail of his 1940 painting Daddy Longlegs of the Evening-Hope!.
. . .

. . .
Around her neck Dalí attached a strip of images from a pre-film animation device called a zoetrope. On it are printed dancing figures which, when viewed in motion, continually remove and replace their heads. A humorous, yet ominous, design for a choker.
. . .

. . .
. . .
. . .
Lastly, two ears of corn drape across her bare shoulders. Corn, per se, doesn’t seem to have played a significant role in Dalí’s work so here they may act simply as a consumable ornament. As Dalí once famously proclaimed, “Beauty should be edible, or not at all.”

Dalí and his fellow surrealists began making three-dimensional assemblages of seemingly unrelated objects in the 1930s. Dalí explained that such objects were “absolutely useless and created wholly for the purpose of materializing in a fetishistic way, with maximum tangible reality, ideas and fantasies of a delirious character.”

. . .
The term “fetishistic” is key. The German philosopher Hegel said, “…a fetish object could be anything that then was arbitrarily imbued with imaginary powers.”

This may be a perfect definition of artistic practice in a nutshell. Isn’t an artist’s primary function to cast a spell that transports us out of this temporal world and into an imagined one?