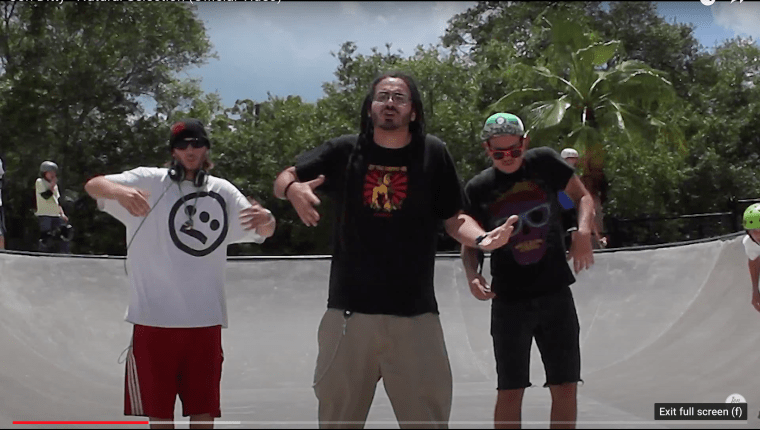 My album, College Radio: The Music That Beck Wishes He Had Made, just turned 10 years old. Here’s my half-assed effort in recalling how everything came together—without my doing much research or calling people (ain’t no one got time for that!). This is pretty much me just throwing up whatever comes to my brain about each individual song. Aight, here goes whatever.

“Natural Selection” – I think this song samples a N0np0int bassline (I could be wrong). When you hear the track, you’re immediately like, “Hey, that guitar sounds like it’s from Red H0t Chili Peppers. I don’t know what song, but it definitely sounds like some RHCP.” Welp, *drumroll* you’re super correct! However, I ALSO have no clue from what song it is, lol. Oddly enough, while the overall musical production mimics a live band (a number of listeners over the years have been duped into thinking this), DJ D-Rok (aka Derek Saballos) put the music together using the-one-and-only, Fruity Loops. The original demo (just verse 1) was tentatively titled “Doorstep,” until the guitar lick was added into the mix later, and I wrote the hook. The chorus was intended to be delivered in a single breath, which is frankly both stupid and unreasonable. That being said, I DO have fond memories of Derek and I practicing reciting those chanty convoluted lyrics together, attempting to hold ourselves to that absurd standard. I still can do it, but it’s impractical in the context of delivering quality performance. The scratch samples were taken from Prince P0’s “H0ld Dat,” in which our delivering the sample changes the phrase to “Baby, I want you to hold OUT”—referencing longevity in either an organism’s natural selection… or the sexual reference of refraining from premature ejaculation, lol. ALL the scratches were recorded using real Vinyl A Capellas (no Serato). I think that’s all I have to talk about on this one. Derek lost all the multi-tracks, to this song, on an old computer he threw away. All that’s left is the stereo instrumental. I will never let Derek live this down.