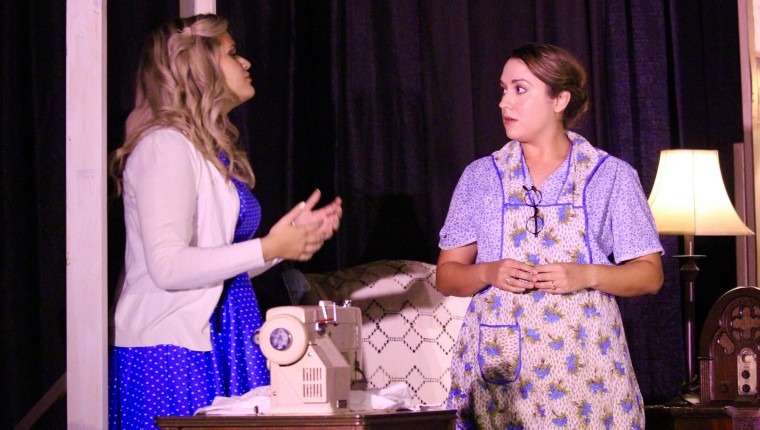 Next up on the docket is Broadway Bound by Neil Simon! I’ll be reprising my role as Blanche Morton once again for the Tampa JCC’s JStage Series production this September! This will be in collaboration with Vivid Theatre Productions, run by one of my good friends and stage director, Drew Eberhard.

I will admit—this is one of my favorite roles to play, and honestly, one of the most challenging. I played Blanche in last year’s JStage production of Brighton Beach Memoirs. This role definitely pushed my boundaries as an actor. Blanche is everything that I’m not: a  post-depression era Jewish single mother, a Brooklynite, and a seamstress. She also has a sister- a familial dynamic I do NOT relate to, as I have a loving brother. Nailing her spirit (and her strong accent) was hard, to say the least.

The most challenging aspect of Blanche, and really the entire play, was her bond with her family members, most specifically her teenage daughter Nora. Blanche’s husband, Dave, died and left her with two beautiful, albeit, difficult (in their own way) daughters. I’ve found that the mother-daughter relationship is an EXTREMELY complex one, full of love, respect, frustration, angst and support. In this role, I really honed in on my own relationship with my mom, Lori. We’ve definitely had our ups-and-downs, but I do feel that has made our relationship so much stronger. She’s my best friend. Overall, I always try to draw from my own life, as it makes the emotions and performance more relatable, truthful and compelling.

Ultimately, I channeled my own mother-daughter dynamic toward the emotions of the character; the struggle and LOVE that my character has endured in her life- being both two parents, rolled into one, trying to keep her family safe and together.

I wanted to include a brief video of one of my favorite monologues to perform: Blanche’s final monologue with Nora. Nora wants to go to New York and become a dancer, but Blanche wants her to finish school. Everything comes to a peak in the final act. For this, I just let myself GO and reveled in the emotions triggered in the scene.

Overall, I’m happy to fit back into Blanche’s life. In Broadway Bound, we find Blanche in a completely different headspace and life, post WWII. Instead of dealing with her daughters, she’s now the child navigating the complicated relationship with her aging parents, specifically her father Ben. Everything is sort of “flipped on its head,” if you will.

We’ll start to stage soon and have the show up on its feet!

I’ve really missed theater, even though it’s only been a few months since Steel Magnolias. No matter, I’m stoked to get started!