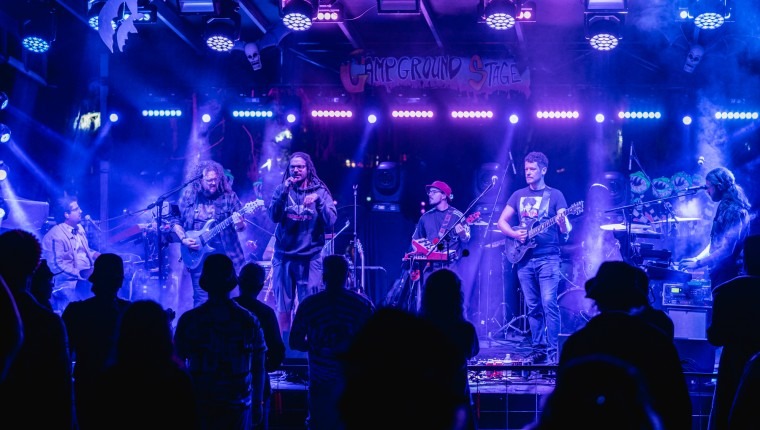 Despite falling in as Track 4 on the album’s song order, this was actually the first song finished for this project. For those of you who are familiar with Anthill Cinema’s catalog, in 2020, they put out an album called Cycle(s): A Life Chronicle. The album is an instrumental musical representation of a human being’s life, in all its various stages. It’s a monster of a project. Anyway, the track “Peacock Strut” is part of the album section pertaining to adolescence…

Before “The Table (Vol. 1)” was even a thing, bandleader/frontman, Justino Lee Walker, approached me about doing a hip-hop remix for that particular song (mainly because it had the most stank to it, lol). To keep with the Cycle(s) theme, he asked that I write my verses relating to the lessons that come out of adolescence, as one moves into adulthood. As most of my raps go, I approached the lyrics from my own personal experience. Honestly, I don’t think these took me that that long to write, but it was definitely a few years ago that they were scripted. The two sixteens are pretty heavy-hitters for me, of late, always receiving applause after their execution. Their writing is super interesting—both from narrative and lyrically intricate standpoints—and definitely requires skill/concentration for them to be eloquently delivered. I’m not exactly sure what I did, but I know it’s cool hahaha.