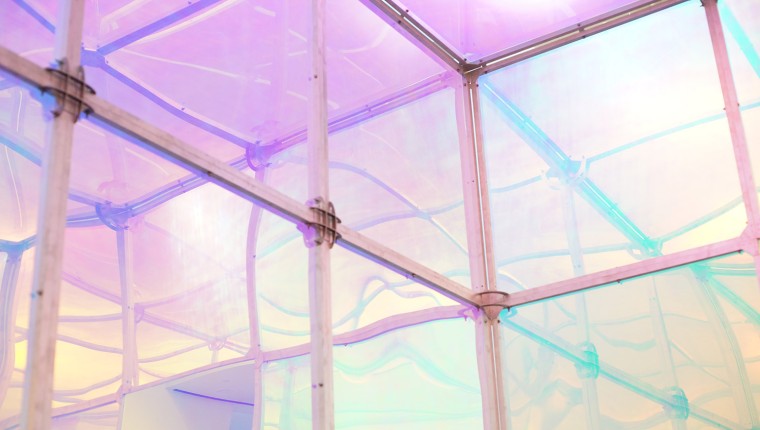 Adventures at the 2021-2022
Emerging Artists Exhibition

. . .
She was only the slightest bit out place – her long flowing dress and casual demeanor allowed the young girl to blend in at the 2021-22 Emerging Artists Exhibition on Opening Night. Still, I couldn’t help but wonder, why was she there at all? A budding artist perhaps? Or the child of one herself? I blinked and quickly lost her in the crowd. The turnout for this event was impressive.

As soon as I worked my way through the aesthetes bottlenecked near the entrance to Creative Pinellas’s astounding space, my attention was immediately drawn to the incredible pieces put out by this year’s Emerging Artist Award Grantees. A vast array of canvases to gaze lovingly into, beautiful wooden pieces, an incredible giant luminary – big enough for a dozen people to stand in – body pieces and even the illustrations to accompany a series of unique children’s books.
. . .

. . .
In fact, I was met by illustrations of many of the named characters from this book series as I walked in – they were fun and funky, very much my style, some sort of cross between Winnie the Pooh and Where The Wild Things Are. I wanted to know more, but the little information cards had all been taken. I made a mental note to come back and refill those – and let myself wash through the open yet intimate gallery and soak in all these artists had to offer.

Before I knew it, I had fallen in love with cucumber water and was standing in what seemed to be its own space where Heather Rippert’s pieces combined vulnerability, strength and pain in a such a powerful way – tears were inevitable.
. . .

. . .
As I moved through, I saw Ashley Rivers’s raw, yet seamless images of metals, paints and mixed media as an homage to women since the beginning of time. I felt like I could see my ancestral mothers around the growing fire and next to them, what looked like chain links and the female form – to me, all the woman throughout history who found themselves locked on the wrong side of the fence for speaking their mind.
. . .

. . .
Making my way back to the cucumber water I heard clapping and music that drew me outside and was lucky enough to catch most of Mr. Jon Ditty’s performance. A songwriter and rapper, Jon Ditty uses his rhythm as a tool to deliver his message through creative and powerful lyrics to the audience.
. . .

. . .
After enjoying his performance, I headed back in – there was so much more, I didn’t want to miss anything. The little blonde girl seemed to be telling a story about one of the quirky illustrations, so I pressed on and was rewarded with Dorian Angello’s work. It was quite thought-provoking and I likely would have thought my way into an existential crisis had an old friend not tapped my shoulder.
. . .

. . .
Incredibly surprised after not seeing this friend for over two years, we made our way across the gallery to check out Margherita Tibaldo’s daily life through her art. In a very interesting take, the artist uses seemingly arbitrary images from her ‘everyday’ and transforms them into works of art. Her passion comes right through the canvas along with a unique honesty.
. . .

. . .
Out of the corner of my eye, astounding images from Rachel Ratcliff that seemed to ooze the essence of being a Floridian caught my attention. I felt as though I could hear crashing waves and taste the salt on my lips as I stared into those beautiful blue hues.
. . .

. . .
Not far from Rachel’s pieces stood the massive piece by Alex Kaufman, glowing and sheer all at once. The enormous object was open on two sides allowing people to pass in and out of it, as they had all night.
. . .

. . .
It was finally my turn, and I immediately understood its immersion – it was as if you were standing inside a rainbow. It was breathtaking.
. . .

. . .
After plenty of time inside Kaufman’s Room of Iridescence, I was met with incredible swaths of bold and intense colors that conveyed artist Ketsy Ruiz‘s strong bond to her heritage and culture with a warmth and love that made you wish you were a long-lost cousin. A cousin with cucumber water. . .
. . .

. . .
I swung myself around to see them packing things up by the water but was very taken by Teresa Mandala’s work. It spoke to me as though it were a David Attenborough documentary, transporting me through the wild, to a world I am not sure even exists anymore. Her unique style and natural images were worth missing my new vice.
. . .

. . .
That was it, though – I had seen all that these amazing emerging artists put out into the world and fell in love with a (healthy!) new beverage, it was time to go.

It was dark and a bit cooler than earlier and as I went to put on my jacket, I heard “Excuse me?” I turned and looked down and saw my little blonde friend from hours before. She asked me if I had been able to see her parents’ art. I asked who her parents were. She said that they were creating the “Dimple Books.”

I had missed something, my mental note must have drowned in all that cucumber water because I never got back to find out more about Dimple’s Days.
. . .

. . .
As it turned out, the wall was adorned with some of the most fun and unique characters for kid’s books that I’ve seen in a long time. They were all named and according to my adolescent guide they are all characters in ‘special’ stories that her parents had been writing for years. Her mom, an author, and her dad, the illustrator and sculptor, graphic designer and so on – based on their experiences as a family.

I was lost in this incredible little miniature of one of the book’s characters ‘Paul.’ Artists Kayte and Adam Bush had taken their journey with their kids in an unforgiving, new and different world – and turned monsters into heroes and judgement into justice through love, education and compassion.
. . .

. . .
These “monsters” thrive upon their diversity as a community and introduce important topics like climate change, LGBTQ+ issues and racism into our children’s consciousness without fear or fanaticism – just compassion. I knew all children needed these books and grabbed a business card (better than nothing) and made it out just before they locked me in.

I left with dozens of images swirling in my head, just plain exhausted from all the places they had taken me. Yet, 10 feet in front of me – winding through the long walkways leading to the parking lot at Creative Pinellas – a group of five people walked, laughing and talking, and among them, I saw the silhouette of my lost tour guide. I slowed down some and fell back, not wanting to intrude.

I overheard my young friend ask her parent, “What do you think?!?!?! How’d we do???” very excitedly. Mom started saying something about meeting some important people, but Dad simply said, “We did great!”

“Oh yeah, how do you know?” she asked. He pulled her arms up and twirled her as though they were going to dance and simply said, “No matter what happens, we gave people HOPE.”

That is the message I will take away from the 2021-2022 Emerging Artist’s Opening Night – shimmering, natural, unabashed love, compassion and most of all, hope.
. . . 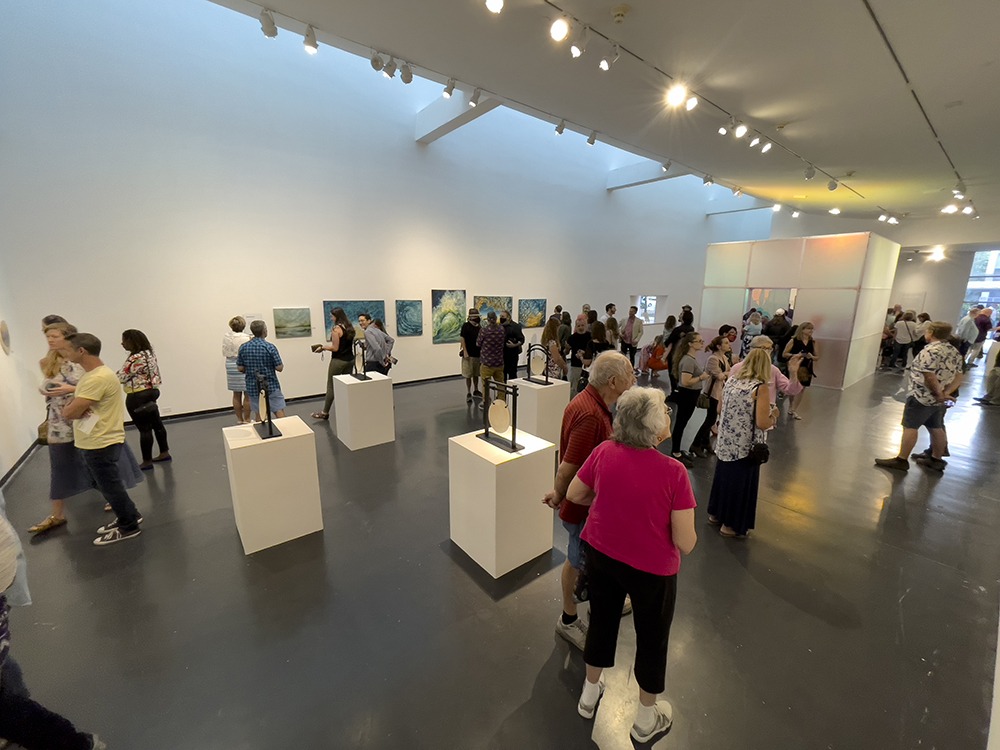