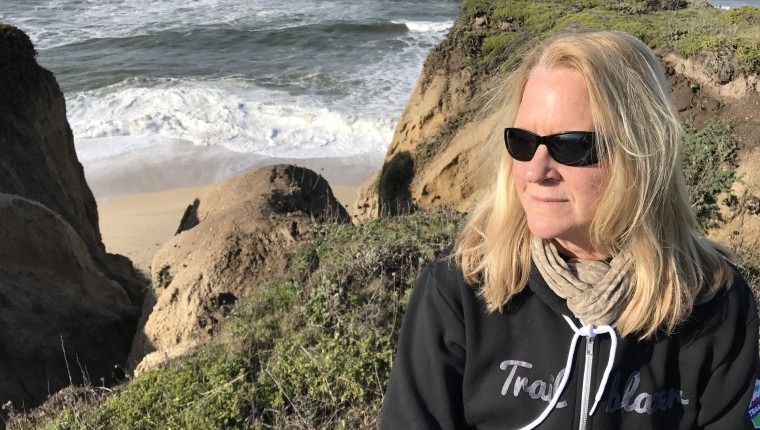 Victoria Jorgensen is an award winning Tampa Bay based filmmaker, writer and film festival organizer who’s film/ video career spans over four decades. She has worked in all aspects of the medium from narrative to documentary to marketing based story telling. Her stories have traveled the globe from film festival showings to domestic and foreign television as well as museum shows.

Jorgensen began her film career in 1977, her senior year at the University of South Florida. She registered for a Visual Concepts class in the Fine Arts Department taught by Margaret Miller (current Director, Contemporary Museum of Art). She wanted to stretch herself, learning more about visual art, as she was working toward a degree in Creative Writing. In that class, Miller showed Un Chien Andalou, a surreal short film by Luis Bunuel and Salvador Dali. Mesmerized, Jorgensen asked Miller to help her get into the Cinematography Department. Miller introduced her to Charles Lyman, the Department Head and the show was on. Jorgensen spent the next two years studying and making three films: Konya, Carbon and Kryptikos) under the tutelage of Lyman, San Francisco filmmaker Will Hindle and a plethora of amazing mentors. Jorgensen was actively immersed with the Chinsegut Film Festival, a unique annual gathering of filmmakers from around the world. See her documentary A Moving Feast.

As film became cost prohibative, Jorgensen took a long break before she returned to the world of filmmaking but this time with video. The world had changed and movie making became much more accessible to those without big studio budgets. Jorgensen reentered with a script (Penumbra) vetted and refined at Francis Ford Coppola’s Blancaneaux Lodge in 2000. She was selected as one of 20 screenwriters to study with film industry experts at a week long intensive Gotham Writers Workshop. Upon her return, she co-wrote and produced Red Flag Women, an award winning dramedy labeling several types of women who send up red flags. This ten minute short trav- eled the world on the film festival circuit and was translated into multiple languages. It was also aired on Canadi- an television and picked up for distribution by the Canadian Filmmakers Distribution Centre.

Jorgensen switched from narratives to documentaries for her next two films, the aforementioned A Moving Feast and Plethora, an award winning film about “stuff ”, which in addition to the festival circuit was part of a three woman show in Sao Paulo. The documentary was also featured on Brazilian television.

Always trying to stretch her wings, Jorgensen co-wrote, produced and directed a narrative, The Evening Room, with seventeen cast and crew members. The film highlighted several local actors who utilized clips from the film to win castings in 12 Years a Slave, Bloodline, Greenleaf, Spring Breakers and Army Wives.

In 2012, Jorgensen was hired to write a feature length screenplay, Midnight Birds. That script is currently being shopped in LA.

Jorgensen concurrently helmed a digital marketing firm for 31 years before selling the company to a key em- ployee in 2016. During her tenure, she merged Florida Creative Alliance, a digital video creative group with the print/social media and web based firm to provide all aspects of in bound marketing. She was awarded a six video contract by the RNC committee to spotlight Tampa Bay and provide digital volunteer training through a super hero character. She won a Telly for the Welcome video shown opening night.

Over the past two years, Jorgensen created and produced a web series about the change in the Tampa Bay Area (Tampa Bay Transformers). She interviewed several movers and shakers responsible for the changes in the fabric of Tampa Bay, including Tampa Mayor Bob Buckhorn; Port Tampa Bay President and CEO Paul Anderson; Pres- ident and CEO of Visit Tampa Bay, Santiago Corrada and Proprietor and CEO of Mise en Place, Inc., Maryann Ferenc. The web series drew worldwide attention to the bay area by answering questions about what to expect over the next five years.

Jorgensen shot and moderated several pieces over the last few years for Tampa Bay Arts and Education Channel’s Filmmaker Spotlight. She won a second Telly for that series. Jorgensen has also written, produced and directed numerous commercial spots for web and broadcast TV.

Jorgensen attended Cannes Film Festival in May of 2017 with Tiny Bacteria, co-written with writing partner Ma- rina Shemwell and starring local actor Eugenie Bondurant (Tigris in Hunger Games Mockingjay 2). Tiny Bacteria was the first of a six part series called Now and Then. The second in the series, Half an Hour, starring Melissa Fair, ran the festival circuit starting with a showing at the SunScreen Film Festival in April 2018.

Jorgensen created the video installation “Your Turn” which had a sneak preview at The Art of Women one night show in March 2018. The installation provided a 4 x 4 viewing box for singular viewers to experience first hand a “friendly abuser” in action. Viewer response was emotionally raw and started many conversations from women and men running the gamut from fatherly concern to long held secret confessions of abuse victims.

Jorgensen wrote, produced and directed The Magic Hour, a documentary about women and aging creatively which is enjoying a successful run on the festival circuit. She also produced and directed Half An Hour, part of her Now and Then series which includes Tiny Bacteria. The production pf her next film in that series, The Click, is postponed due to the pandemic, but Jorgensen hasn’t let the quarantine stop her creative efforts. She created the dramedy Interview With Saint Petra specifically for the Creative Pinellas Arts Annual and shot it almost entirely through Zoom. She is also creating several short video poems, which are available online.

Jorgensen is currently in pre-production for The Burg, a television series she is writing with Shemwell. She hopes produce the pilot by the end of 2021.