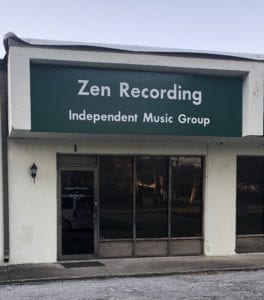 Since July of 2019 I have had the pleasure of working with Steve Connelly, owner of Zen Recording in Pinellas Park. Working with Steve has given me a fresh new perspective on the art of crafting a sound. Many artists nowadays are turning to home-studio technology, myself included. I have worked as a recording apprentice/engineer for the Del Couch Music Education Foundation in a state-of-the-art studio, and I am more than capable of engineering a decent record by myself, but the collaborative energy Steve brings to the table makes the extra time and money worth it. Being a veteran musician with keen sensibility himself, he has toured and shared the stage with Rock and Roll Hall of Fame artist Roger McGuinn from The Byrds. 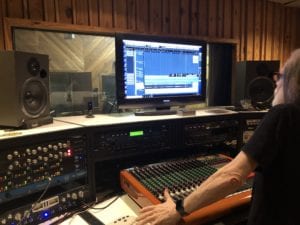 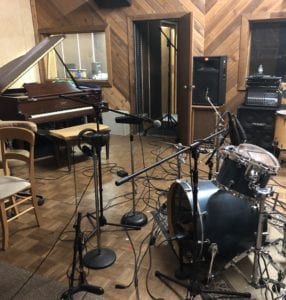 You’ll find a great collection of modern and original vintage gear at Zen. I love the ‘analog’ sound, and while still recording into a digital audio workstation, Steve uses an analog mixing board. It’s the perfect blend of old a new technology, and I’m always happy with how my recordings at Zen have turned out.

Most musicians can also attest that an extra objective set of ears is always helpful in the studio, and Steve’s input has sparked new levels of creativity. There were moments when I heard “get a little closer to the mic for that really close, intimate sound”. And when all the recording was done, he managed to salvage some takes that I would have thrown out to make the mix fuller and richer. All of my published original songs were recorded at Zen.

The recording engineer/producer can bring out the best in an artist. Where would the Beatles have ended up without George Martin? Something else worth mentioning is that two creative thinkers are often better than one. While we may love John, Paul, George, and Ringo individually, there was a certain dynamic–a synergy–that made The Beatles one of the biggest cultural phenomena of the 20th century. Collaboration can help us achieve new artistic heights.