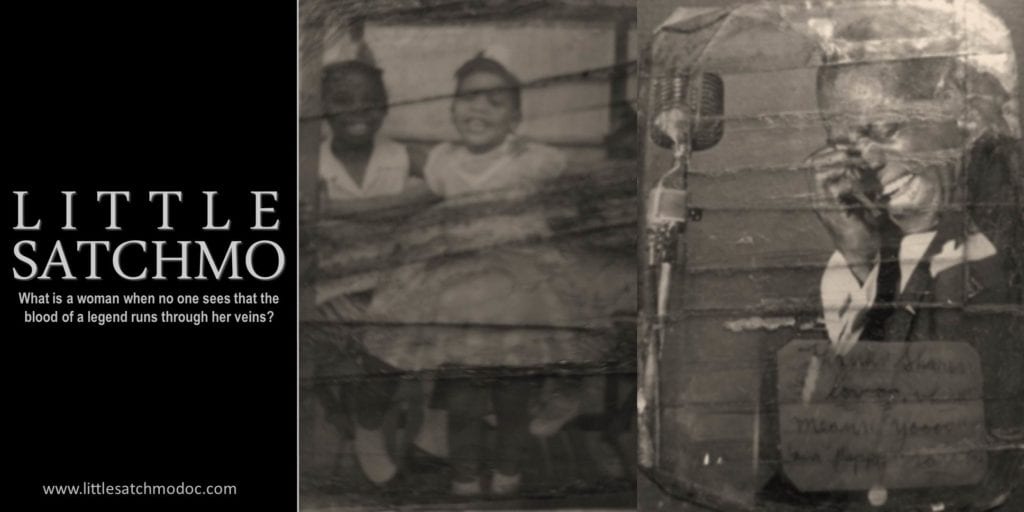 This week in the Lea Umberger Design Studio, it’s official- a project that has been in the works can be moved to the “in progress” list!  It’s a journey that I am loving and learning at every turn.  I hope you’ll follow along to learn a little bit more about the process and where we go from here!

Over a year ago, I made the leap I had been wanting to make for years.  I have always loved doing design work for films, but wanted to do more in the process of creating a film.   I had been searching for the right project to work on. It finally hit me when I read – Little Satchmo: Living in the Shadow of My Father, Louis Daniel Armstrong by Sharon Preston- Folta .

Little Satchmo is a self published memoir, written in 2012, by Sharon- Preston Folta, the secret daughter of Louis Armstrong.

“Little Satchmo is an extraordinary tale of identity, loss, and one daughter’s ultimate search for truth—and her father’s love. To the world, Louis Armstrong is iconic—a symbol of musical genius, unparalleled success and unassailable character. To Sharon Preston Folta, he was, simply, Dad.”

Her words and emotion, the sharing of her life, her journey to find her own identity rang deep in my mind.  I kept thinking, this is a voice that needs to be shared!

This past year has been dotted with conversations to bring this together. From contacting Sharon- Preston Folta , to meeting a Directing/ Producing team John Alexander/ JC Guest of Crook and Nanny Production when Listen Up Film Series hosted their Florida premiere of the documentary  This is Love  : a film about the unsung Hero, Rudy Love. The film notes “You may not know Rudy Love’s name, but you will certainly know his voice.   An investigation of a singer who turned down fame to make music with his family.  were never so true.

Seeing this film, not only taught me about a the life and work of a musician I did not know, it also helped me find two people that I wanted to work with to bring Little Satchmo to the screen.

The most recent step in this process was securing a fiscal sponsor for the project.  There are several organizations for filmmakers to work with, but as a team we applied to and were accepted by the Southern Documentary Fund.

“The Southern Documentary Fund (SDF) is a nonprofit arts organization that cultivates documentary projects made in or about the American South. Inspired by our core belief that documentaries have the power to change lives and communities, we serve as a leading advocate for powerful southern storytelling, providing filmmakers and artists with professional support, filmmaking grants, and fiscal sponsorship. Since its founding in 2002, SDF has sponsored over 150 projects that have screened all over the world, won critical acclaim and prestigious awards, and inspired audiences with authentic stories that matter.”

This partnership allows for people to easily make a tax deductible donation to the film!

These small steps are just the beginning! There are many more to go- here’s a little more info if you want to follow along as we work to take the story of Little Satchmo from the book to the screen! 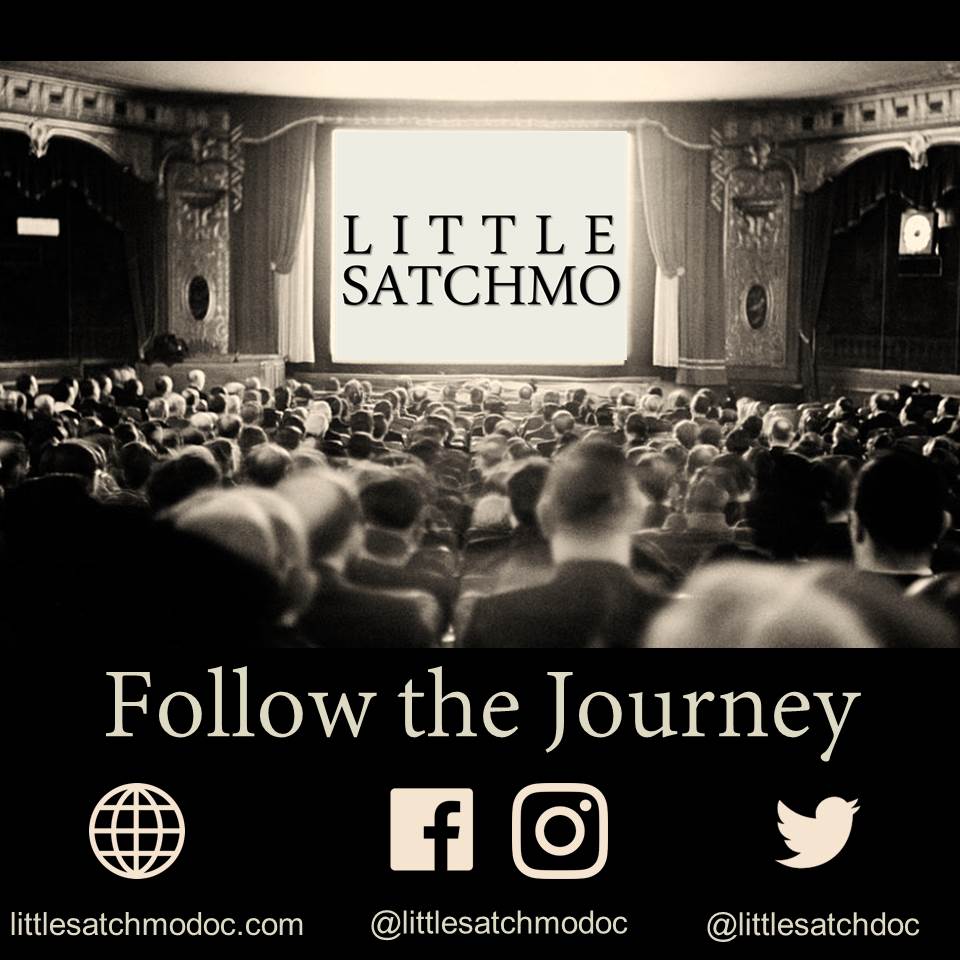