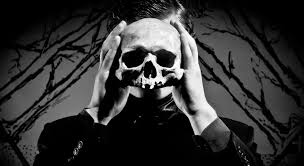 Ben Jonson, a contemporary of Shakespeare, wrote that Shakespeare was “not of an age, but for all time”, and, indeed, Shakespeare remains the most produced playwright of all time. Truly, many of our archetypes were given to us by Shakespeare- think of lovers and you will likely think of Romeo And Juliet. Think of bloody and ruthless rulers and MacBeth or  Richard III come to mind. Jealousy and racism? Othello. Revenge? Iago.

What makes the plays relevant today? I think not is that Shakespeare provides no easy answers. His plays don’t dictate what to think, but do make the reader/audience member think about them. His themes are powerful and timeless- ambition, jealousy, power, kindness, love, death- all showing us the gamut of the human experience.

We use several words and phrases today that Shakespeare simply made up. He first called jealousy “”the green eyed monster”, used the phrases “cruel to be kind”,  “it’s Greek to me”, and created “tongue-tied”, “hoodwinked”, and “in a pickle”.

For an actor, Shakespeare is a rich banquet of words and ideas to be played with mind, body and soul. In December, I am set to begin rehearsals for Hamlet, arguably Shakespeare’s greatest play. It’s daunting because so many great actors have spoken the words I am now speaking as Queen Gertrude and as the Gravedigger. The role of Hamlet must have my fellow actor both excited and terrified- those famous, famous speeches like “To be or not to be” are iconic. Everyone has heard those words somewhere, even if not in context of the play itself. But the key, I think, is in setting oneself free from preconceived ideas about a character and starting from zero. After all, my portrayal of Gertrude will not be Dame Helen Mirren’s portrayal. One of the reasons I believe Shakespeare to be so enduring is that each age of civilization has its own experience with the themes of his work. Experiences shaped by the time in which we each live (or lived).
A production of Julius Caesar today would be received differently that a production presented in the 1940’s because the audiences’ life experiences and the political climates of those times differ. The themes of power, corruption and revolution resonate with both, but are experienced in a different collective mind set. Shakespeare’s works continue to thrive because they can translate the human experience over centuries and inspire contemporary playwrights to use his works as a stepping off place- an inspiration to write their own works- as I did with Thrice To Mine (inspired by the characters of Lady MacBeth and Macbeth).  But most of all- it is the thrill of saying Shakespeare’s words. They are truly like no other words and are, for me, the greatest opportunity an actor can have to commune with an audience.