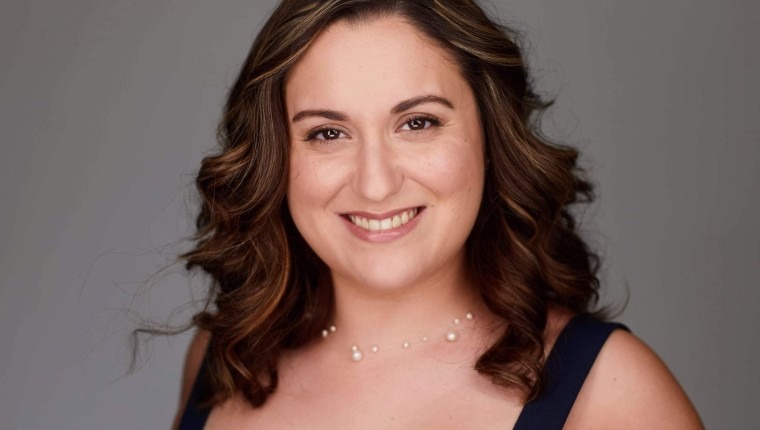 The Life and Times of a Nomadic Performer

For many years, I’ve contemplated how to describe my experience as a performer to someone who doesn’t understand the process or has never set foot on a stage in their life. What is this life? What goes into it? What’s the process? How do I make money? It’s hard to put into words, really. There isn’t  a beginning, middle or end to each project. It’s more like an organic metamorphosis. The process, the performance, the curtain close all lead to something more. I try not to get to heady about it, but I think the beloved Maria Callas puts it best:

“An opera begins long before the curtain goes up and ends long after it has come down. It starts in my imagination, it becomes my life, and it stays part of my life long after I’ve left the opera house.”

My name is Courtney Elvira and I’d like to welcome you to the world of a professional opera-singer and actress, or rather, the “gig” life. I’m a St. Pete native, but I’ve had the exceptional opportunity to perform and travel all across the country, as well as internationally. My life is all parts interesting and all parts nomadic. Swiftly after my graduation from Carnegie Mellon University in 2015, earning my masters in Vocal Performance/Opera (yep, it’s an actual major!), I dove right into the life of an artist, absorbing all of the spontaneity and wanderlust of a newly minted performer.

Most performers understand how our life works: we go where the gig is, where the money is at! For those who don’t, we act as independent contractors for a large bulk of our career. Our own sole proprietors, if you will. We contract with company A  for X amount of weeks/months- after a splendid pre-season audition, no doubt. Most companies provide room and board, whether it be generous donor housing or a hotel and a handsome travel stipend. We perform, we get paid and we’re on to the next gig. Repeat. It’s  charming chaos intertwined with adventure, with a sprinkle of inconsistency, to keep you on your toes. I’ve played many different characters, for a variety of people, in many different places. I’ve been a princess for Des Moines Metro Opera in the sleeper-hit-of-a-state that is Iowa. I’ve sung the Delibes’ “Flower Duet” from Lakme to droves of enticed crowds in Mexico! I’ve played a pre-pubescent, sex obsessed paramour page boy (Trouser role-it’s an opera thing) in Kentucky. I’ve kissed, I’ve cried, I’ve laughed, played more men than I can count… The list goes on! No really, I’ve listed it below:

As you could imagine, COVID halted our livelihood. I had to get creative. I started to develop my stand alone acting resume. The on-camera industry seemed to integrate  rigid regulatory standards for crew and actors, in alignment with CDC guidelines, at a much faster rate than opera. I soon started to create a grounded, creative outlet, with my hometown of St. Petersburg as my backdrop. I solidified my proverbial roots, if you will. I soon ventured into playing moms and cheeky housewives in various commercials. A new character scheme, for sure. I even played a disgruntled principal in the feature film DOA at the PTA, filmed here in Clearwater. Additionally, I appeared as Sue Bayliss in the JSTAGE series production of All My Sons and Blanche Morton in Brighton Beach Memoirs with Vivid Theatre Productions.  I received  a glowing Broadway World Review for the former role as Sue. Overall, the contrast between my peripatetic operatic wandering and my stationery, simplistic acting prowess is ironically poetic.

All in all, it’s what we sign up for in the end. The chance to make people feel something. To also see the world in the process. Subsequently, I’m excited to give you access to my life during this period. After my COVID-long “hiatus” here in Pinellas County, I leave for Mountain Movers Theatre Company (MOMO) to perform M’Lynn in Steel Magnolias. I’ll be there April 10th-May13th in the great city of Louisa, Kentucky, nudged just near the intersection of Ohio, West Virginia and Kentucky.  I’m excited to be an ambassador for Creative Pinellas, bringing entertainment to a new area.  I’m extra excited for this “gig” as the parent company of MOMO, Addiction Recovery Care (KY), works to actively help and support those recovering from addiction seek functional careers in entertainment.

In closing, I’m excited to introduce you to my interesting world, full of travel and whimsical adventure. That’s the life of the artist, no? It’s the “gig” life. I can’t wait to conquer new places and share my art. Every story told, every experience, it sticks with you and you carry it into the next. And so it goes…:)