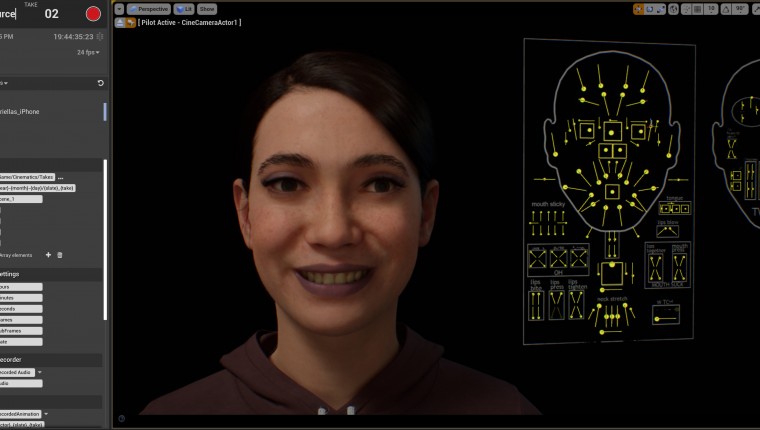 For this weeks blog, I am sharing a tutorial I made showing how to to use record the Live Link Source using Take Recorder, in Unreal Engine. I also show how to use the control rig board in order to edit the animation recording and to add animations on top of them.

I recorded facial motion capture data using the UE Live Link Face app on my phone with one of the new Metahumans that Epic Games and 3Lateral recently released for Unreal Engine. These characters are not only high fidelity, human scanned and rigged, but also come with over 350 built in blendshapes. Thank you Epic and 3Lateral!!

The reason for wanting to record the Live Link Source in Take recorder instead of adding the entire character skeleton is that there is less unnecessary data that Take Recorder needs to process. You can also switch out skeletons and bake those to the recording, instead of having to redo the mocap.

Another reason is that you get cleaner data. I show this in the end of the video by comparing specific animation curves for a jittery walking cycle I was having troubles with.

Up until recently, Unreal Engine was more of a animation compositor. You could bring in animations, but could not create them. With the new Control Rig, you can now, not only fine tune/clean up your animations but also add new ones, on top of them.