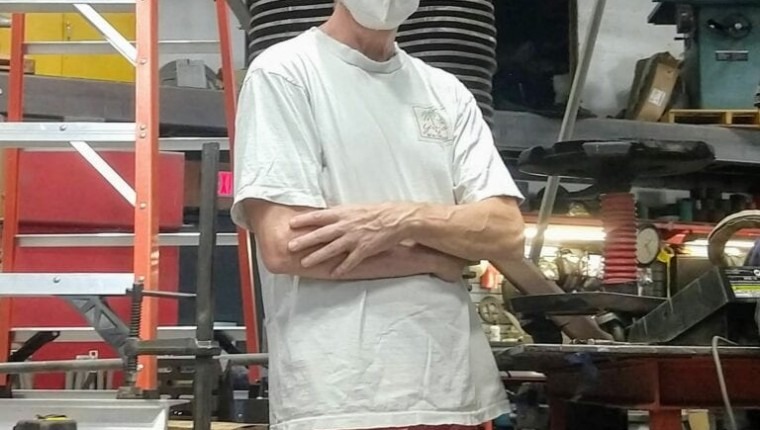 An anti–artist‘s statement for my last blog entry! Self deprecating and satirical,
from the point of an artist with impostor syndrome.

Donald was born on a dark and stormy night in the wee hours of the morning in the backseat of a taxi in front of the Museum of Modern Art. When people ask what sign he was born under, he replies, “a stop sign.”

His mother knew he was destined to be a great artist because after being born he was lifeless until he saw workmen carrying a sculpture into the Museum. At the sight of the rear end of Botero’s obese reclining nude sculpture, the baby sputtered to life. Some bystanders also reported that they saw a glowing golden crown appear atop the infant’s noggin.

As a youth, people clamored to have him draw their portraits. Many begged him to draw directly on their bare skin with a sharpie which they would immediately get permanently tattooed onto their epidermis. He was very interested in insects and it was said his greatest skill was drawing flies.

He was offered full scholarships to Pratt, SVA, RISD, and the Cooper Union but instead chose to attend Mohave Community College in Bullhead City, AZ, so as not to be influenced by the experts and have his world-renowned originality diluted in any way. The work he created there was described as “super hot” by art critics, especially when left in the afternoon sun in July.

His advisors and professors admonished all potential employers to waste no time making this man an offer, and that no one would be a better choice. It seemed he was destined to make it to the top with no qualifications whatsoever.

His first show was at the world renowned Boombatz by the Sea Gallery in Sea Girt, NJ. At high tide the water was ankle deep. He exhibited a hyperrealistic tempera painting of a plate of googoozeal. Unfortunately a rogue wave washed the painting, valued by the artist at a modest $3 million, into the briny. He was compensated by receiving a dish of gabagool from the gallery owner, internationally acclaimed mountebank, Vinny Mafundsalow.

Recognized worldwide as the greatest artist on the face of the earth that ever lived or would ever be born, he is the virtual paragon of humility. He had his choice of exhibiting at The Smithsonian Institution, The Louvre, The Acropolis Museum, State Hermitage, The British Museum, The Prado, The Metropolitan Museum of Art, MOMA, The Vatican Museums, and The Guggenheim, but opted to “bring his art to the people”, by setting it up on a card table in front of a mattress store in Bayone, NJ. Unfortunately it was a windy day and a priceless Sculpey masterpiece was shattered on the sidewalk. He subsequently received a summons for littering.

His works are available on ebay with a minimum bid of $10,000,000. T-shirts and key chains are also available on Etsy for a buck twenty.

Shunning conventional techniques, he works with string and Elmer’s glue in total secrecy in his mother’s basement. The art world holds its collective breath and anxiously awaits the emergence of his next masterpiece which will no doubt cause aesthetic tsunamis throughout the universe. He will answer your purchasing queries at worldsgreatestofartists@aol.com.

You can explore the real work of Don Gialanella here