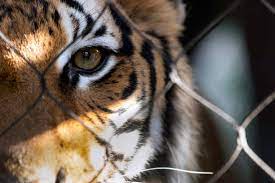 In my last blog, I told you about my experiences writing for Gulf Coast JFCS, interviews with survivors of the Holocaust, and how that led me to my own back yard. Literally. Sadly, through miscommunication, my time with my neighbor was cut short. However, I had written him a narrative piece and had intended to have the monologue performed by a dear actor friend of mine who read the piece and truly wanted to say the words.  That’s how I choose plays (or auditions) – do I want to say these words? Are they compelling to me?             Below is an excerpt from The Nature Of The Tiger. I hope the words are compelling to read, but feel free to speak them out loud:

My brother and I were sent to a civil labor camp.

I did railroad work. And I worked for a farmer.

I knew nothing about a farm, but I had to try.

This farmer was a member of the local high court. An elite.

He treated me well. I kept myself very busy. Caring for the horses.

I like horses. I was fifteen and I learned quickly. The farmer seemed pleased enough with me and I was emboldened to ask if he, in his important position, might help me bring my mother to the camp after she left hospital in Breslau.

We needed a cook.

She could cook for us.

I remember that the boots I wore on my trip hurt me.

My feet were burnt from the chemical fertilizer I worked with and the boots were agonizing to wear.

But, I kept them on.

Even in the hospital where I was to spend the night with my mother.

She insisted that I remove my dirty boots before crawling in to her bed and was horrified at the cracked and blistered flesh on my bony feet.

That final night of meager respite from what was to come.

Arrangements were made and I left my mother in that hospital.

She would join us upon her release. I left, not knowing how long the hospital could remain open now that the SS had arrived.

The hospital survived for another two weeks, at least.

That was when my mother left its cleanliness and care to join her sons in a civil work camp. That camp was a proving ground. Training for what lay ahead of us as the Nazi power came closer and closer, growing in size and ferocity like the steadily moving storms of the most brutal winter.

The first winter that we would exist as chattle.

But not the last.

Much later, I would return to Breslau.

To look for the hospital.

To look for the man who had helped my mother.

The hospital- and the man- were gone.

In the spring of the following year, our camp was dissolved and we were to be moved to a new camp.           Called Auschwitz.