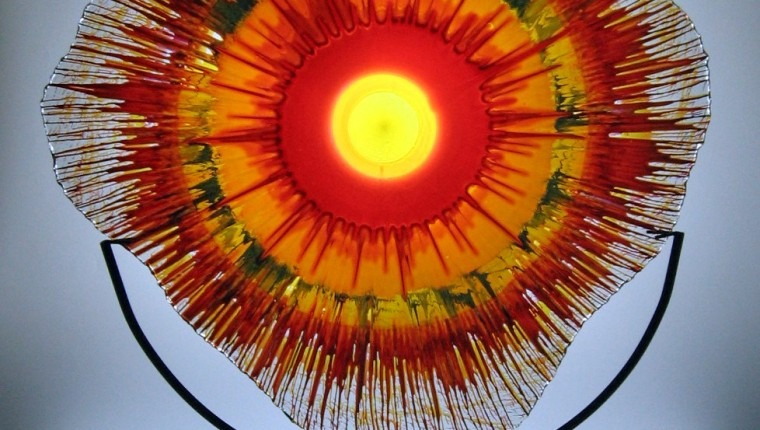 Hi. I’m Dennis DeBon, glass artist,  boxing referee, and screenwriter.  Probably, the only one you’ll ever meet.  So, I’m wondering if there are any boxing fans reading this because I would love to hear back from you.

I’m  licensed as a professional boxing referee by the  State and get  assignments from the Florida Athletic Commission. I recently refereed in Orlando and Plant City.  see:  www. ProBoxTV.com also http://www.BoXRec.com

I have six good polished scripts in my “library”. All based on true stories. I’ve won several awards and was a recent finalist in the Nichols Fellowship screenwriting competition.

Would love to hear from any screenwriters out there, too.

I’m in the studio now creating artwork for my upcoming art festival in Bonita Springs.  On my way down to Bonita Springs I’ll be dropping by the Florida Boxing Hall of Fame ( 3833 Maxine Street,  Fort Myers ) to pick up a fist cast which was created at my induction ceremony into the Hall back in June.  I’ll also be donating one of my EnergyWebs to the Boxing Hall of Fame. ( see photo )

Tomorrow, I  will be getting some more studio time  with my mentor, Don Gialanella. (  https://www.donsculpture.com) I’m planning to show him some of my art EnergyWebs and glass sculptures and discuss the Emerging Artist show at Creative Pinellas.  Looking forward to that. Will update more on that later.