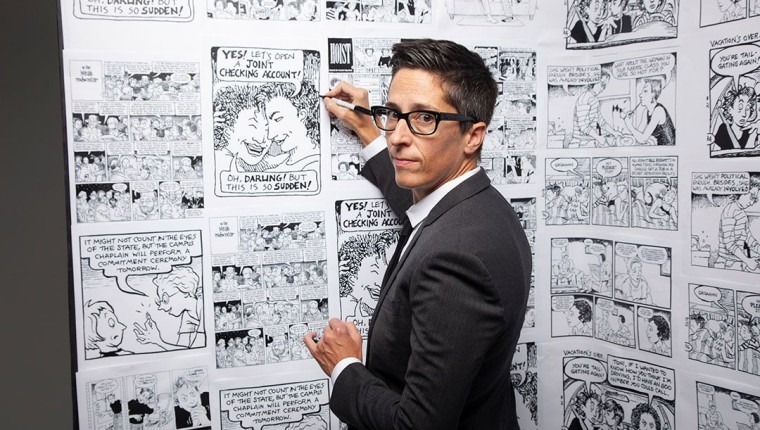 . . .
The Tampa Bay International Gay & Lesbian Film Festival (TIGLFF) was founded in 1989. A time when it was illegal for us to marry. When we could be thrown out of the military, be fired from our jobs for simply existing. A time in which we didn’t exist in history or in the stories of the day, and a time when gay rights ordinances were repealed by voters in Irvine, California and cities around the country – and even our own Hillsborough County a few years later.

A time when being out and proud was a risk with repercussions. Attending the Festival allowed you to be empowered and let people know you exist, and you matter.
. . .

Entertain, Empower and Enlighten are the core words of our mission. The films we show entertain us. The documentaries we watch enlighten us. And attending the festival empowers us.

It empowers us because attending the festival was and still is a political act meant to let others know we exist, we have stories, we matter – and we are a community.

The Festival makes sure our history is preserved, our stories are told.
. . .

Peabody Award-winner Vivian Kleiman’s documentary explores over 70 years of queer comics history.
. . .
And the Festival has adopted to the new landscape of how stories are shared. The 33rd Annual Edition is a completely hybrid experience.

With only two exceptions all films are available both in-person and online. If you are not ready to go to a theatre yet, or if you have a conflict, or you must be up early the next morning then please enjoy our films virtually. Or if you’re in another part of Florida and can’t make a weekday film, then please enjoy them virtually anywhere in Florida.

Otherwise, please join us in person to laugh together, cry together, remember together, meet old friends and make new friends.
. . .

Our Opening Night Film Mama Bears tells the stories of how mothers found acceptance of their trans daughter, gay son, and themselves as a lesbian in their interpretation of their faith and wanted to share their love to others who had been rejected by followers of that same faith.

This year more than most, queer stories need to be told, learned and remembered.
. . .

Find the schedule of in-person and virtual screenings
at tiglff.com/annual-festival/festival-schedule
. . .

The closing night film, “Petit Mal,” from Colombia
. . .
The Tampa Bay International Gay & Lesbian Film Festival
is a recipient of the Pinellas Recovers Grant,
provided by Creative Pinellas through a grant from the
National Endowment of the Arts American Rescue Plan.