The Political Muse
of Chad Mize

The acclaimed pop artist is throwing in for Gillum and using his art to awaken the public.

St. Petersburg-based artist Chad Mize is prolific and sociable. He creates colorful, intricate pop art, patterns and portraits with unique flair. Anyone who follows his work can pick it out of a lineup. Even Twiggy visited the mural he created in her honor.

Outwardly, he’s the gracious host of the shows he hosts at his recently opened MIZE Gallery. You can barely get a word in before a dozen others vie for his attention. The beloved artist/curator exhibitions has earned his reputation by  supporting other artists and causes.

But behind that seemingly care-free demeanor is an introspective artist who’s had to deal with his share of pain and loss (recently of friend Casey Paquet), vandalism, discrimination and loss.

“You go through the dark to see the light,” the steadfast artist said.

“2018 has been full of happiness and sadness and a bit of surprise. Back in May, my good friend committed suicide and that

same week I started getting spit on my gallery windows. Feelings of sadness and shock filled my body as I cried tears while wiping my windows clean. Why was this happening? What was going on? The year started out so great with a new venture of opening a gallery and being back in the art game. But then I was met with loss of a friend and anger from a neighbor.

I decided to take these bad feelings and create an exhibit that expressed what I was feeling. Experiencing loss, anger and an unsettling political division personally all at the same time. The !!!! exhibit came from these feelings.

!!!! has been my best curated exhibit to date. Not only has the gallery profited the most from it, but the response to the work has been amazing. From bad comes good. Inspiration.

I really miss my friend and think of him daily. I know he would be proud of what MIZE is doing. He would be here helping and cheering us on. He would be telling me it would all be ok. To ignore the hate and move forward with the vision. So I will.” 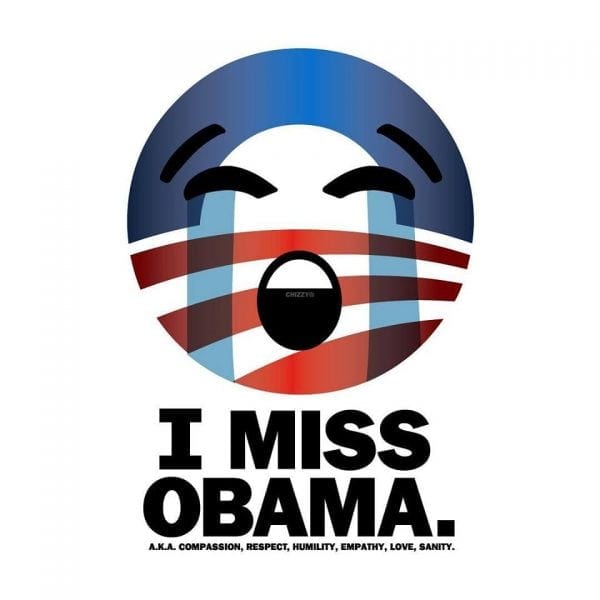 The post also includes an infographic (screen still pictured left) with an inspirational message. Mize strikes a universal chord that goes beyond party affiliation by offering a message of unity and inclusion, and most importantly, empowerment.

To Mize’s benefit and credit, creating art and supporting artists has helped him channel his frustrations, and he chooses not to stay mum about legislative choices that affect him, his kindred spirits in the LGBT community and other disenfranchised citizens. He creates works driven by social consciousness and a spirit of outcry via his Chizzy brand.

Making art also helps Mize spread the word about candidates who share his advocacy for human rights. Back in 2016, he gave an illuminating interview with the Tampa Bay Times‘ Maggie Duffy on his political art and graphic design during the presidential campaign.

“When I create art for a candidate, it’s more to support and possibly remind people to vote,” Mize says. “I think art can be pretty powerful, especially on social media.”
A look at some of Mize’s past politically charged works: 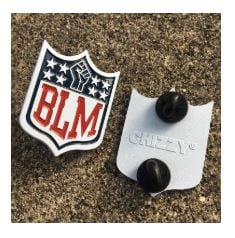 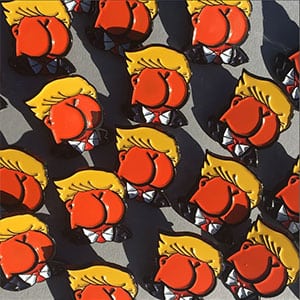