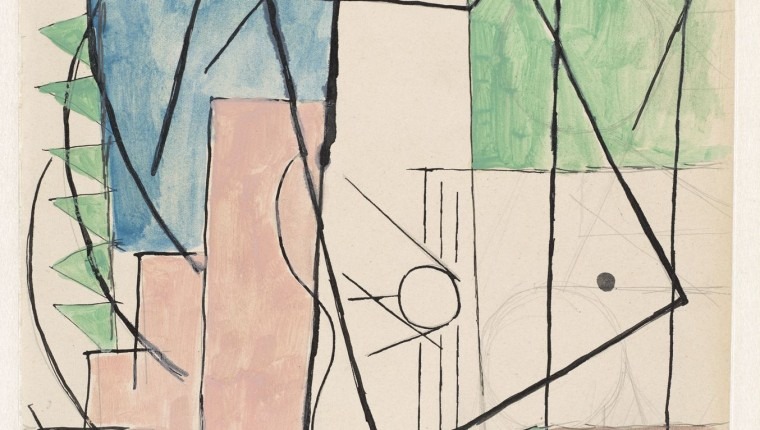 Pablo Picasso
Melodies for the Master

. . .
In conjunction with the Dalí Museum’s current exhibition, Picasso: the Allure of the South, the Dalí’s Curator of Education and longtime experimental music DJ Peter Tush shares an evening of musical homages to Pablo Picasso, beginning with a specially curated playlist of songs referencing and inspired by Picasso, followed by a live Zoom chat.

Pablo Picasso often drew inspiration for his visual art from music and composers and transformed their sounds into visual events.

In return, musicians and composers from Neil Diamond to the Modern Lovers, Coleman Hawkins to Adrian Belew, have repeatedly paid tribute to Picasso. For this event, you are first encouraged to check out our curated playlist of songs. Links to the lyrics will be provided to all participants prior to the Zoom chat.

After listening, we invite you to join us for a follow-up conversation, where Peter Tush will spin some of those classics and facilitate a discussion about the music, prompting you to consider the many ways Picasso’s life and art have served as enduring inspiration for artists everywhere.
. . .

. . .
“Picasso was always surrounded by music and musicians. From the music of the bullfight to café music, to figures like Stravinsky, Picasso was constantly interacting with musicians and celebrating their artistry. He loved Spanish folk music and the songs of Germaine Montero. He collaborated with Stravinsky on the Pulcinella ballet, and composers like Francis Poulenc paid tribute to him.

. . .
“Many pop artists see Picasso as representing broad ideas about art, value and personal power. For Neil Diamond (“The Last Picasso”), Picasso represents great beauty like the woman he is singing to, and should not be locked away and forgotten. For Jonathan Richman (“Pablo Picasso”), Picasso was like a superhuman who could always get the girl, unlike Richman.

“And for Adam and the Ants (“Picasso Visita El Planeta de Los Simios”), Picasso seems like a spoiled overly indulged elite who cannot relate to us meer mortal/apes.”
. . .

. . .
“In the world of jazz, Picasso stands for complexity and permission. Miles Davis was called the “Picasso of Jazz” by Duke Ellington because he was the master of any style he became interested in. Coleman Hawkins recorded the very first unaccompanied sax solo in 1948 and titled it “Picasso,” suggesting the staggering achievement of his artistic accomplishment.”
. . . . . .
“When Bob Dylan wrote “Tangled up in Blue,” he was trying to process his divorce from Sara. He was taking art classes in New York and studying Cubism and he discovered that by exploring cubist simultaneity, he could reflect on his life while fracturing it – and making it add up to something much more abstract and mythic than simply his personal thoughts.”
. . . . . .
“Jay Z’s “Picasso Baby” is the strangest song of all these songs to process. Like with Adam Ant, Picasso becomes a symbol of luxury and excess transferred to a gangster world. Yet his video with Marina Abramović turns this idea inside out, where the name Picasso comes to be a permission to cross between art styles, generations, mediums and celebrate the joys of a life in the arts.”
. . .

You can RSVP for Tuesday’s free Zoom discussion here.