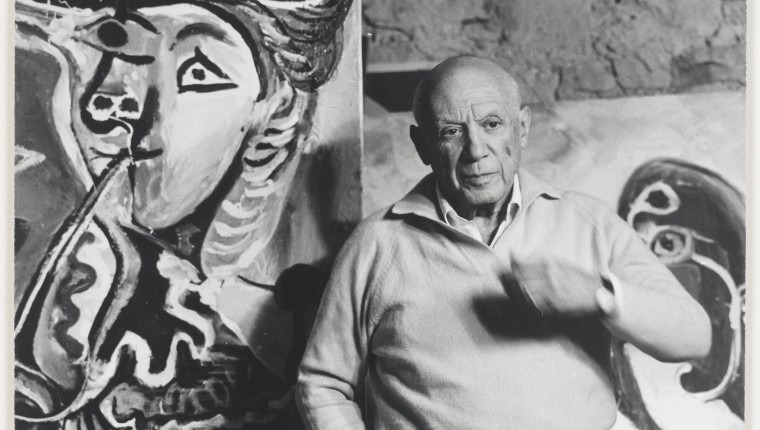 Picasso and the Allure of the South

. . .
“If you look at a testimonial of love from 2,000 years ago it can still exactly speak to you,
whereas medical advice from only a hundred years ago is ridiculous. And so
as a historian I write poetry – I’m profoundly committed to art as the answer.
Indeed I don’t put science really as a way I get to any of my answer, it’s just helpful.
It’s poetry that I look to, it’s the clatter of recognition.”
– Jennifer Michael Hecht with a PhD in the history of science.

. . .
Poetry of the visual arts – in all museums of the world hang the wealth of such human connections.

Pablo Picasso once said, “Give me a museum and I’ll fill it.”

Well, there’re at least five museums dedicated wholly to his art – The Musée national Picasso-Paris, Museu Picasso in Barcelona, Museo Picasso in Málaga, Musée Picasso in Antibes – with distinction of being the first Picasso museum – Kunstmuseum Pablo Picasso Münster in Germany, not to mention the many other museums, institutions and private individuals around the globe with any number of Picassos in their collections.

By some estimates, Picasso created over 140,000 works in paintings, drawings, prints and engravings, collages, sculptures, ceramics, illustrations, even in the ethers. I remember in elementary school a teacher showed a short film of Picasso drawing with light, resulting in a long exposure image of an ephemeral line of light floating mid-air, of a bull, one of his enduring subjects… dewdrops reflecting sunlight in that fleeting moment.
. . .

From the last century speaking to this one (Picasso died in 1973), the Dalí Museum has brought this creative voice to its galleries and mounted an expansive exhibition titled Picasso and the Allure of the South, curated by their Chief Curator, Dr. William Jeffett. The show, organized in collaboration with the Musée national Picasso-Paris, features 79 artworks, with many of those being shown for the first time in the U.S.
. . .

. . .
As famous as the artist may be, an exhibition is not simply hanging stuff on the wall and selling tickets. Any exhibition of value and interest requires a vast reach of vision with informative direction, time, an energetic supportive team and resources. And when telling a story of someone as renowned, well-documented, and widely explored as Picasso, fresh water must be drawn from a deeper part of the well.

And dig they did. Dr. Jeffett spent a couple of years researching, primarily through the collection and archives of the Musée national Picasso-Paris to build the show’s proposition – that while Picasso had studios in Paris, and created memorable works there, it is the seductive landscape and culture in the south of France around the Mediterranean, and briefly the Pyrenees in adjacent Spain, his country of birth, that stimulated many of his inventive styles and influential works.
. . .

. . .
Maybe it’s simply a change of scenery, but the landscape, air, architecture, people, music, the overall culture and environment were invigorating. As stated in the show’s introductory text, Picasso found the region “life-affirming,” fermenting the inspiration and origins behind his prodigious results.

After numerous visits and establishing several studios, Picasso eventually purchased property there – and not just any property, but a château on Mont Sainte-Victoire, a place Paul Cézanne painted numerous times. Picasso was influenced by, and greatly admired Cézanne and collected several of his paintings.

In telling this cultural geographic story of Picasso, the Dalí Museum exhibition team developed four highly designed physical and conceptual spaces within the large Hough Family Wing for special exhibitions, representing both the specific locales Picasso frequented and the artistic ideas resulting from those places – The Birth of Cubism, Corrida/Bullfight, From Cubism to Realism, and Surrealism and Beyond (though it’s debatable, at least within certain circles, how deeply Picasso actually embraced surrealism).

In a fascinating in-depth tour, and during Dalí’s Coffee with a Curator series, Dr. Jeffett compared postcards and photographs depicting certain locations, to drawings and paintings Picasso did of that same region. “Some paintings and drawings are quite literal and quite related to details of the photograph, but there’re others that are more synthetic cocktails partially based on geometry and partially based on his own compositional needs.

“You can see this idea of almost like cubes, kind of reduction of the geometry of the architecture of the village, contributing to early evolution of cubism.”
. . .

. . .
To provide context and a deeper narrative to this immersive exhibition, interspersed through the exhibition spaces are vitrines displaying photographs, publications and archived materials documenting Picasso’s many activities – in studios where he worked, interactions with friends, other artists, matadors, musicians, the sea side. . .  how all that percolated to become elements in his creativity.

Of the many cool objects in the vitrines is a Picasso sketch book, pocket size, opened to an angular line drawing of a seated person with a guitar in his signature cubic style.

The works selected for the exhibition were produced from 1907-1972, spanning almost the whole of Picasso’s life, which, as Dalí Museum Director Dr. Hank Hine commented in his press preview remarks, “This show constitutes a retrospective of Picasso. You can get a feeling of this artist in his entirety from this exhibition.”

And there’s a lot, to see, to absorb, to ponder – and in general, to marvel at someone whose name became synonymous with art making.
. . .