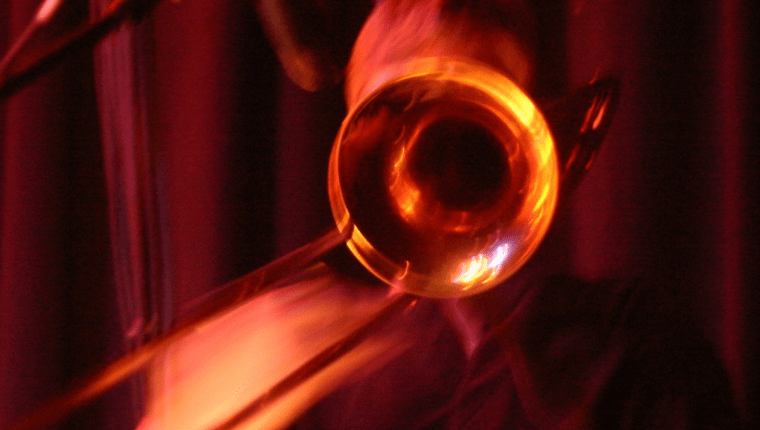 New Works by David Manson
with O Som Do Jazz

Manson teaches jazz ensembles, composition, Pro Tools and low brass in the Music and MIRA programs at SPC. His music has been placed in TV shows on HBO, Fox, BBC, Showtime, AMC, ABC and CW networks.

Sonja Spence is a seasoned jazz vocalist with a warm, resonant voice well suited to traditional jazz standards and swing. Her singing and style are influenced by jazz greats Ella Fitzgerald and Sarah Vaughan. Selections include “Here’s to Life,” “What Is This Thing Called Love?,” “Doodlin’,” “Inner Urge” and many others.

The Helios Jazz Orchestra has been featured on the Clearwater Jazz Holiday, St. Petersburg Jazz Festival and Ybor Jazz Festival. It is comprised of top area jazz musicians who love the sound of a roaring jazz big band!
. . .

3 days of great Latin Jazz presented by the nonprofit EMIT

Jaap Blonk on the EMIT series
Sunday, October 16 at 3 pm
Tully-Levine Gallery at the ArtsXchange

EMIT & the Warehouse Arts District Association present Dutch vocal artist Jaap Blonk performing one of the key works of the Dada movement, a poem existing of nothing but (mostly) meaningless syllables – the Ursonate by Kurt Schwitters, a masterpiece written between 1923 and 1932. Jaap is joined by improvisers Jim Stewart (drums), Tom Kersey (cello) and David Manson (trombone) in a freeform exploration of sound. Details here.

Renowned Dutch vocalist and sound poet Jaap Blonk is unique for his powerful stage presence and almost childlike freedom in improvisation, combined with a keen grasp of structure.“Blonk’s avant-garde performances channel the provocatively pioneering nonsense of Dadaism. His work is tremendously complex, but his brilliance makes it easy to think the opposite.” (San Francisco Weekly).
. . .