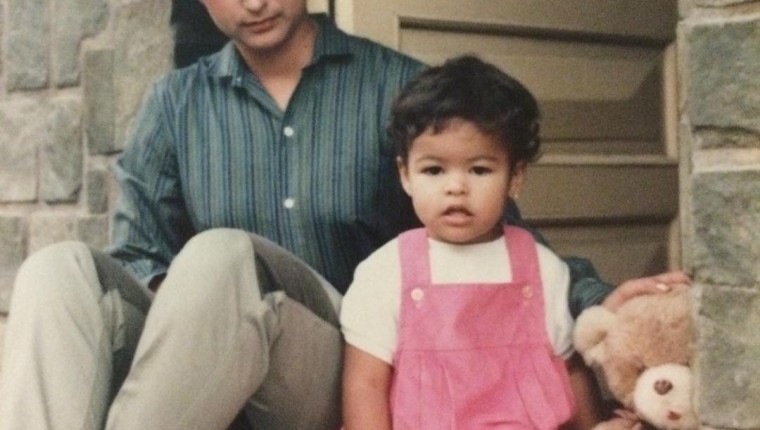 My mom turns 61 today. Once upon a time, it looked like she wouldn’t make it to 53. I was spending time at home with her after having graduated from my MFA program. I wasn’t sure what I was going to do with my life and was happy to spend a few months with her. We slept in the same bedroom, and one night, I heard her making some strange noises in the middle of the night. I got up, turned on the light, and saw her eyes open, but glazed over, not looking at me, but at a point in the distance. Turns out, she was in the middle of experiencing cardiac arrest.

The ambulance arrived fast and resuscitated in her bedroom, and once more in the ambulance, on the way to the hospital. Seeing her slowly stop breathing, and grow purple and cold was, without a doubt, the worst experience of my life. But she was brought back by the paramedics, spent a couple of days in an induced coma, and underwent open heart surgery. That was nine years ago. 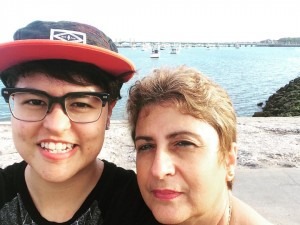 For a long time, I’ve felt that every single thing I write is for my mom, and this became especially true after what she went through. My mom is the most generous and kindest person I’ve ever met. This is not an exaggeration. There is no room in her heart for rancor.

I don’t typically write autobiographically, but the mother character in my novel is based partially on my mother. Because of her heart defect, my mom had been ordered by her doctors not to have more than two children, and growing up she used to tell me stories of my and my brother’s births. She said she heard women screaming in the maternity ward, but she didn’t think it was that painful. She never got an epidural.

The mother in my book doesn’t survive her illness, but what I hope makes her memorable is the other qualities I gave her, which also belong to my mom. Here’s an excerpt where the character describes her experience giving birth:

She was the best pregnant lady I’d ever known. One time she told me the story of when I was born, and after, whenever someone new came to visit, I asked her to tell it again. She used to talk about how she took a bus to the hospital herself instead of letting my father come to get her because the contractions “just weren’t that bad.” Because of her heart, they couldn’t give her any drugs. In the birthing room, she’d hear the screams and wails of other women, and she rolled her eyes at how dramatic they were. “Of course it hurt,” she’d always say, “but nothing as all that. They were exaggerating.” I believed her. No one who felt so many kinds of pain as my mom had would lie about that.

Because she didn’t feel a lot of pain, she thought she could do it again, so she disobeyed the doctors’ orders. She used to tell the story of Nato’s birth too, but she told it quicker because we all knew its protracted ending: a cracked chest, a new heart valve, a pacemaker. But the first part was good. She was mopping the house, when she felt her water break. It hadn’t happened with me, so she jumped when she felt it. She got over the surprise just as quick and mopped the mess. When she called the operator at my father’s company, after changing her underwear, her contractions were already too close to each other. This time she asked him to pick her up because she didn’t know what to do with me, and she didn’t think she could make it to the hospital by herself. But my father was on a fare to La Floresta, and by the time he came to pick her up, it would be too late, so my mom just grabbed me by the hand and went outside to ask a neighbor to drive her. This is really how I know this happened so long ago—our neighbors still cared about us. This man got my mom into his car and drove her to General Hospital downtown, so my father could meet us there. They left me with the man’s wife. My mom kept telling him that it was time, that the baby was going to be born right in the car. The neighbor, scared to death, took the streets so fast that he nearly got into two wrecks. He honked the horn nonstop and drove on sidewalks. He cursed at every driver he passed. He almost hit a pedestrian. In the end, they made it, and my mom gave birth to Renato inside the hospital, not in the man’s car.

This year has already been one of the hardest for me and my family, but on this day, I’m grateful to still have my mom with me.