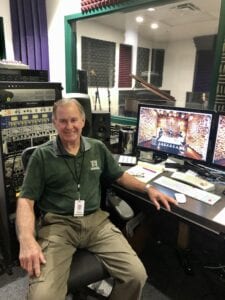 I moved to Florida in 2013 knowing only a handful of people. One of the first people I connected with was Del Couch. He runs the Del Couch Music Education Foundation, a non-profit organization dedicated to music mentorship for aspiring young artists. He has a state-of-the-art digital recording studio with ProTools HD where aspiring musicians can record their first demos to start booking gigs around town. The foundation also provides lessons for students, and I started giving guitar, music theory, and songwriting lessons for several of the foundation students. Some notable alumni from the foundation include Sam Woolf, who placed in the top 5 of American Idol in 2014, Trevor Bystrom, and Matt Walden, both independent artists who make a living in the Tampa Bay Area, and Taylor Zebracki an alumna of the Mike Curb College of Entertainment & Music Business at Belmont University. 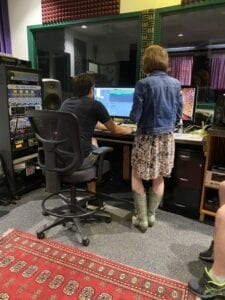 Since working with Del, I have since improved my own music production skills, and I have recorded local Irish Speed-Folk band Clover’s Revenge as well as the foundation’s newest protege, Bella Garland in the studio. I mixed her debut single, “After You” which will be available on all streaming platforms on September 1st. But you can help “After You” go viral by pre-saving it here: Bella will be moving to Nashville to study commercial voice at Belmont in the fall.

Del has not only mentored aspiring musicians, but he has also had a tremendous impact on my career since moving to Florida. We have performed together in the band Shaman. My professional network has expanded tenfold. My sound engineering skills have improved by leaps and bounds. And I started writing songs again, after years of hiatus because of graduate school. You can find more information about the foundation at: http://www.delcouchmusiceducationfoundation.org