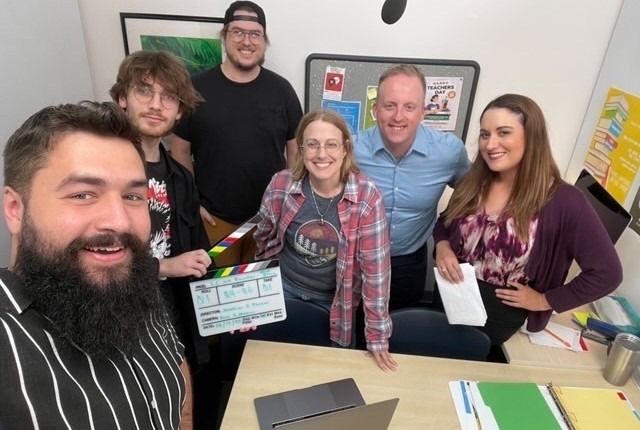 Summer offers wonderful opportunities in the realm of commercial acting work. I don’t think I’ve addressed this aspect of my career yet. A first!  A commercial or any type of filmed media is so much fun to shoot and usually stress-free. I can’t emphasize this enough! I’m well versed in how these projects come to fruition and I love taking these opportunities when I am able. You’re in, you’re out…easy, rewarding work! That’s the gist.

The casting process for commercials and digital/scripted media and the subsequent filming of the project is relatively stream-lined.  I would receive an offer via email from a casting agency or even the vendor themselves. There’s some correspondence with the production manager and a solid breakdown of the production agenda. I’m sent a schedule and usually a small script to learn. I arrive on the day of the shoot, perform, wrap and voila….we’re done! Then, I wait until the commercial airs. Additionally, I’ll ask production if I can have a copy of the commercial for my reel. They usually acquiesce to this standard request.

Recently, I was offered the amazing opportunity to film exemplar videos for The University of Florida’s on-site production studio, Creative Works. This project was a bit different from the projects that I’ve done before. Education was the main objective, not a product or experience. Primarily, this shoot revolved around the course topic of Literacy Learning and the making of “scenario” or role-playing videos for teachers.

The sound stage was extremely impressive, as it had a production booth, teleprompter and a green screen. I worked mostly in a small office set in a corner of the sound stage. The small, but VERY professional staff- Matthew, Tamara, Evan- were super friendly and accommodating. I also had a scene partner named Andrew, an actor based out of Atlanta.

For this project, I was given a series of small, scripted sides that were comprised of small scenes. I played a teacher named Sylvia, and Andrew played a literacy coach, Corey. We had a lot of fun shooting four scenarios between these two characters. There was A LOT of purposeful, yet word-heavy dialogue that needed to be very accurate. We used the term “prosody” (stress and intonation in language) quite a few times! I allowed myself to settle into the character and not overthink the portrayal. We were two people having an important, meaningful conversation. It was DEFINITELY a subtle character study for me.

We eventually wrapped production late in the afternoon.

Overall, I enjoyed creating something educational and useful for teachers with respect to learning. It’s my own way of helping someone and I’m honored to exercise my skills in this way. I also loved working with the Creative Works Team. I’m hoping to collaborate on more projects with them in the future. All in all, There are many facets to what we do as artists. My career is ever evolving and I look forward to more challenging and interesting projects like this one! 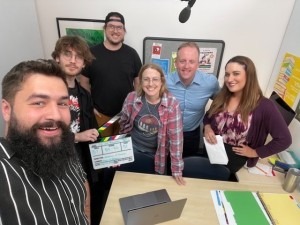