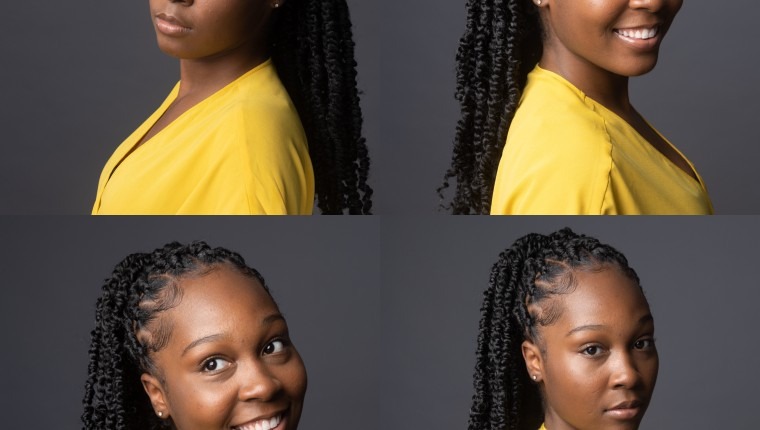 This year, I wanted to really take the time out to refocus on my acting career! With the many hats I wear, acting has always been the one creative role that I have poured the most into. Throughout college, I was actually a part of a speech and debate team which was pretty much me merging films, tv shows, plays, articles, poetry and acting them out! (If I ever get the courage, I’ll drop a clip one day:). However, after graduating college, I took a backseat and decided to further my skills in other areas. Three years later, here we are getting back in the groove!

First thing I had to do to get back in my acting bag, is take updated headshots! I made sure to do minimal makeup and a pulled back hairstyle that brought out my facial features. I chose a yellow shirt, because it reads fun and youthful, and will probably set me apart to casting directors. The grey background is always safe to do as well!

If you are in need of a dope photographer, Eyeconic Boykins, is the name!

With these headshots, I will most likely be casted in roles as young as late teens or as late as mid 20’s. An ideal role would be reminiscent of Vivica A. Foxx, in the rom com Two Can Play That Game. Such a great film, that I’ll get into on my next post!

SN: Good news alert. I auditioned for a lead role in an independent film and got the part. I’m sooo excited!