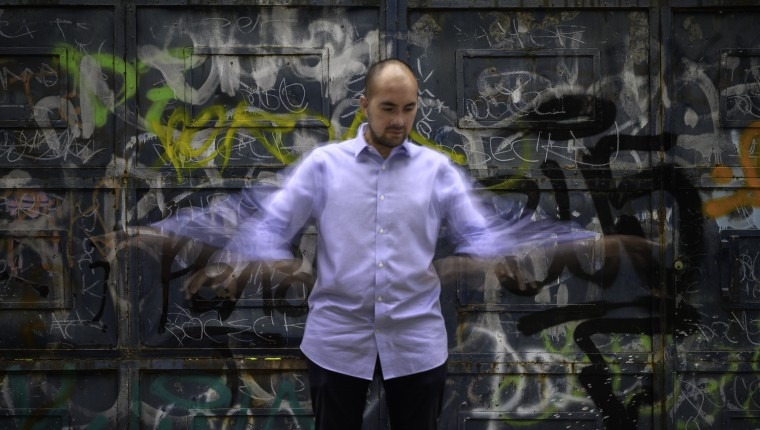 Keyboard Kinetics at the Palladium

That’s the ticket when two keyboard virtuosos share music from their new album at the Palladium Theater. Armed with a combined 176 keys, Tampa’s own John C. O’Leary III and Grammy winner Shaun Martin of Dallas present an intimate evening of music from The Sundering on two pianos.

The album – which will be released in January on Arbors Records of Clearwater – gets live treatment in a magical mix of two musicians. O’Leary says pairing with Martin, who plays on and produced the recording, is a collaborative dream.

“I chose Shaun because of his contrasting style to mine,’’ he explains. “He’s a phenomenal pianist, outstanding. To add to his strengths, his accompanying skills are beyond measure. So I felt, instinctually, we would have good musical chemistry.’’
. . .

. . .
Music from the album and concert is about emotion, O’Leary says. Memories from childhood, snapshots of joy, of nostalgia, separation and friendship, existential ponderings, confusion and doubt. It’s also about his split identity in belonging to two different countries.

Born to a Mexican mother and American father, O’Leary was raised in the Yucatan until moving to the United States at age 12.

“The summer of 1998 my mother and I left everything behind to start over in a new country from nothing but a suitcase and a dream,’’ he says. “It was hard – it was really hard… I didn’t have a clear origin story. Despite being Mexican and American, I wasn’t all one or the other. It’s like being simultaneously connected and disconnected.’’

O’Leary says moving to the U.S. also made him appreciate the plight of so many immigrants who endure traumatic experiences in search of a new home. So the album and concert, he says, “is sort of like my coming-of-age memoir in musical form.’’
. . .

. . .
Music wasn’t O’Leary’s first career choice. He pursed his interest in science and in 2013, earned a PhD in neuroscience from the University of South Florida in Tampa, where he specialized in Alzheimer’s disease and stress-related psychiatric disorders, including depression.

But he also was fascinated by jazz piano, and loved listening to Nat King Cole, Duke Ellington, Bill Evans, and Marian McPartland’s popular jazz piano radio show. Eventually, music took center stage in his life, and he co-founded La Lucha, the versatile Tampa Bay trio made up of three friends from Colombia, Mexico and the United States.
. . .

. . .
Winner of nine Grammy Awards, Shaun Martin is best known as a member of the jazz fusion band, Snarky Puppy.  His music collaborations have been with Chaka Khan, Fred Hammond, Erykah Badu and God’s Property. In The Sundering, Martin not only plays alongside O’Leary, but with jazz piano legend Dick Hyman.

Playing with Martin, O’Leary believes he can reach a high level as an artist and share his premise that music is at the core of being human.

“I think good music allows people to see themselves in it,’’ he says. “All I can do is put it out there and hope that someone can hear it and feel something about themselves in it.’’
. . .

. . .
Hosting these two piano talents onstage together is a thrill, says Paul Wilborn, executive director of the Palladium at St. Petersburg College. O’Leary and La Lucha play regularly at the Palladium and are part of its Creative Class of 2021.

“At the Palladium, our main focus is all about supporting the artists who live in our area,’’ Wilborn says. “John is one of the best. He came to me with the idea of having Martin do a two-piano show with him. I knew Shaun had produced John’s new album, so it was a natural for us.

“I’m very excited to see and hear what happens when we get two of the best pianists anywhere playing together.’’
. . .