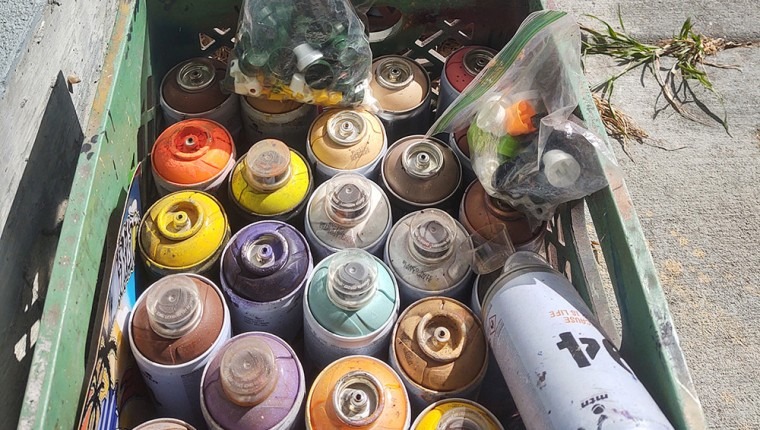 Murals were created on four tunnel facades on the Pinellas Trail, in Palm Harbor and in Tarpon Springs. Ilan is a Dunedin-based visual artist whose work ranges from digital media to large scale murals.

His visual language is mostly light and illustrative and his work tends to carry a bounce and flow – along with a positive insight.

Yhali was born in Los Angeles and moved to Israel with his family at the age of 8. At the age of 18 he left to travel across Europe and the US as a wandering caricature artist. He made his home in Dunedin, where he continued to work as a caricature artist while developing his career in fine arts.

You can explore Yhali Ilan’s work at Taylor Smith is a visual artist and muralist based in St. Petersburg, with a background in fine art, street art and art in public spaces.

She launched Dreamweaver Designs shortly after graduating with a BA in Communications and Fine Art from Georgia College and State University.

Her work is primarily inspired by a connection to nature and wildlife, combining organic elements with a vibrant flare to invoke reverence for our natural world.

You can explore Taylor Smith’s work at

To find Daniel Barojas’s Sun Tribute and Ricardo Degado’s Birds and Flowers, there is a small parking lot at the Live Oak Street Shopping Plaza, that can be accessed from Live Oak St. Daniel Barojas, known as R5 or Rope5, was born in Mexico City and now based in St. Petersburg.

He seeks to cultivate a visual world that is a brew of elements from traditional cultures, ancient mythologies and popular fables mixed, with urban influences.

Seeking a balance between the subject and shapes, patterns or illusions, balanced by a heavy dose of color, is Daniel’s method. He creates a deep relationship with both the process of creation and the outcome.

You can hear a conversation with Barojas and Barbara St. Clair on the Arts In podcast series here.
. . .

. . .
You can explore Daniel Barojas’s work at Ricardo Delgado goes by reda3sb. He is an urban artist, illustrator and designer born in Mexico. Self-taught and constantly evolving, Deglado began painting graffiti at the age of 17 for fun and as a hobby. He’s been developing his artistic style for more than a decade and refining the narrative of his images.

Currently residing in Gulfport, he intends to give life to new murals and to leave a little of himself in each work.

reda3sb was part of the SHINE Mural Festival in 2019, creating a mural at 131 22nd St. S. that celebrates the feelings we all share.

You can explore Ricardo Delgado’s work at