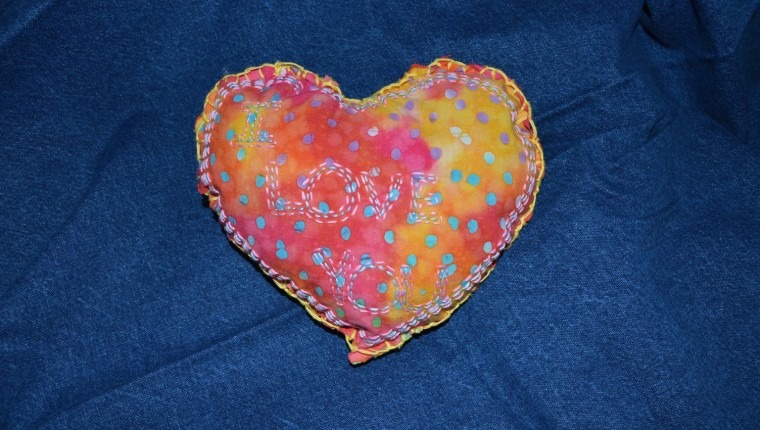 In 2012, after reading Anita Diamant’s The Red Tent, Barbara Rhode was inspired to launch a unique program of healing at the Pinellas County Jail for women prisoners. Now 10 years later, Rhode’s Red Tent Women’s Initiative, a program that combines group therapy with classes on arts and crafts, has helped over 1,000 incarcerated women work through the trauma that landed them behind bars in the first place, cutting down on their recidivism rates and saving the county a lot of money in the process.

No wonder Pinellas County Circuit Court Judge Kimberly Todd is talking with Rhode, a licensed marriage and family therapist, about starting a Diversion Program that would allow the court to mandate attendance at Red Tent sessions in lieu of sending these women to jail.
. . .

. . .
The Red Tent, set in Biblical times, imagines a space where women who were menstruating or about to give birth were quarantined. In the novel the women use the space — which they dub “the red tent” — to support each other through difficult times. Reading Diamant’s novel, Rhode began to ask herself – Where was the red tent for incarcerated women? Where were the safe places where women in prison could go to share their stories and heal?”

Rhode decided to build one — incorporating the work of two researchers who specialize in trauma: UCLA scientist Shelley E. Taylor, author of The Tending Instinct: How Nurturing is Essential to Who We Are and How We Live (a book Rhode had been using in her private counseling practice) and Bessel van der Kolk, a Boston psychiatrist and author of The Body Keeps the Score.

Taylor’s studies conclude that women and men historically have handled stress and trauma very differently. Since prehistoric times, Taylor says, women have been “tending and befriending” when they are in need. While men are programmed to just suck it up, women appear to be hard-wired to heal their trauma by talking out their stories with other women.

Van der Kolk discovered that trauma interferes with the brain circuits that involve focusing, flexibility and being able to stay in emotional control. He found that bodily activities — sewing or yoga, for example — can heal those circuits by releasing chemicals that relieve stress.

Rhode adopted both of these findings and designed an 8-week program that would include both talk therapy and hands-on crafts.
. . .

. . .
The arts and crafts, she decided, would come first. “Instead of the women seeing us coming in and and thinking, ‘Oh, here come the therapists, we’re going to be therapized,’ we engaged them first in activities using their hands,” says Rhode. She hung quilts in the space where the women were to meet to create a safe and nurturing environment. “I wanted the women to feel at ease.”
. . .
The Pinellas County Jail has placed several copies of The Red Tent in its library. From time to time, Diamant corresponds with Rhode, tracking the progress of the project that bears her novel’s name. Temporarily interrupted by COVID, the Red Tent Women’s Initiative program is scheduled to start up again at the jail on July 5.

I am talking to Rhode in her third floor office on Central Avenue in St. Petersburg. Beside her is a lamp sculpture donated to the Red Tent Women’s Initiative by local artist Robin Roth Murphy. Made from repurposed, reconstructed objects, the life-size piece in the shape of a female figure is entitled Sangha, which, appropriately, means community in Hindi.

“Sangha represents the women in our community who have suffered trauma from past abuse, addiction and incarceration but have risen to the light,” says Rhode as she sweeps her hand up the sculpture, past its head (a globe) to the lamp shade.
. . .

. . .
The reactions from women who have been in the program, she tells me, have been heartening. “I never was in the company of other women who wished me good,” one woman said. “I have never been with women who talked with me so respectively and openly.” One brash, heavy-set woman lumbered into the healing space on the first day and made it clear that she planned to be there for only one session, Rhode remembers. “I’m not doing any of those damn crafts,” the inmate announced. “I just want to get out of the pod where those women are driving me crazy.” She ended up completing the whole eight weeks, embroidering a gift for her 11-year-old daughter. She became one of the program’s greatest advocates.

Rhode, who grew up on Long Island, has been involved in prison programs since her college days at Hofstra University when she volunteered for Friends of Fortune (an agency that no longer exists) which bused family members up to see their loved ones in upstate prisons. “It was my first introduction to the social justice system,” she says. She also worked at Goodwill Suncoast Residential Re-entry Center, helping women who were serving jail time on drug charges transition back into society.
. . . . . .
According to the Sentencing Project, the number of incarcerated women exploded between 1980 and 2022, rising nearly 500 percent (750 percent in the last decade alone, according to Rhode). Mandated sentencing and the opioid crisis are major causes, says Rhode. Most are mothers with young children, points out Rhode who herself is a mother of three and grandmother to five.

The vast majority have a history of abuse, trauma and mental health problems. A report by the Vera Institute of Justice concluded that 86 percent of women in jail have experienced sexual violence and 77 percent have experienced intimate partner violence.

In response to this crisis, programs promoted during the Clinton and then the Obama administrations, have encouraged a shift in the way these women in prisons have been viewed, says Rhode. “We are not asking women what they did, but what was done to them,” she says.
. . .

. . .
Rhode’s staff includes a part-time instructor (Diane Distelcamp) who teaches the women sewing skills. Most of the work is done by hand, but there are some sewing machines available (donated by PTEC) for those who become particularly proficient. Two full-time facilitators (Meg Hogan Scott and Katherine Coulson) provide the women with tools to handle trauma (using a program called HeartMath) and help them connect the dots between their past abuse and their present behavior.

Rhode, who in 2020 was one of ten women honored by L’Oreal Paris Women of Worth for her “selfless” philanthropic work, now spends most of her time promoting the program (she currently is seeking space and funding for that Diversion Program).
. . .

. . .
Inevitably when Rhode talks to groups about the Red Tent Women’s Initiative, someone in the audience will ask, “Why are you helping criminals? Why don’t you help their kids?” “What I try to make them see is that by helping the prisoner, we are helping their families,” says Rhode.

To underline that point, she tells the story of a day in Panera’s when a young woman shyly approached her. “Miss Barbara?” the young girl asked tentatively. “I don’t know if you remember my mom, but I just want to thank you for helping her.” The young girl had spent most of her childhood in foster homes as her mother returned again and again to jail for substance abuse. Until her mother went through Rhode’s program, that is, and she got her mom back for good.
. . . . . .
Rhode also likes to tell the touching story of when she bought a copy of The Red Tent at an estate sale near her house. “It didn’t take me long after arriving at the sale to realize that something felt odd about this particular sale,” she writes on the Red Tent Women’s Initiative website. “It was as if the owner had left one morning and never returned and they were now selling every single thing she had owned; the comb that still had her hair in it, her worn-out teapot and even a 1/2 bottle of her favorite perfume.

“I asked my neighbor if he knew what had happened. He explained to me in a low voice that the owner had killed herself recently and that the young woman sitting by the front door managing the sale was her daughter. Before I turned to go, I felt pulled to walk through her bedroom to understand better why she had taken her own life. And, there on her nightstand was a copy of The Red Tent.”

If that woman had a red tent to go to when the world closed in on her, would she have made a different choice? Rhode asks us. “Since that day,” she writes, “I have worked to provide women with a safe place to come together – my attempt at creating a red tent where women could reach out for help, share stories and mentor the young and in need.

“In other words, a nurturing, healing place where they could come to tend & befriend.”
. . .

Want to help? You can donate to the Red Tent Women’s Initiative here.