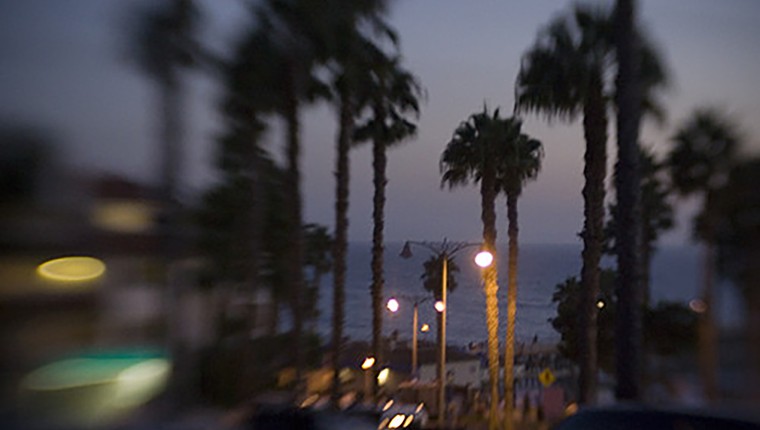 . . .
After months of living with a pandemic, you would think I would have had enough of being scared – but I’m a sucker for ghost stories.

Apparently I’m not alone. For his first foray into fiction, Erik Larsen, who is one of my favorite nonfiction writers, has chosen to write a story about a haunted house. In No One Goes Alone 19th century psychologist William James visits a remote island to investigate a house whose inhabitants mysteriously have disappeared.

On Larsen’s website, he describes the book as “thoroughly grounded in history,” but it is a mixture of fact and fiction. For example, James, of course, is a real historic figure and he was interested in the occult. He co-founded something called the American Society for Psychical Research, which promoted the collection of data on mediumship, telepathy, “extra-consciousness” and apparitions – and he often collected the data himself. The setting of Larsen’s tale, on the other hand, and the house in No One Goes Alone are entirely Larsen’s inventions.

No One Goes Alone is available only as an audiobook. Larsen says he did that because he didn’t want to confuse his fans who are used to reading books by him — from The Devil in the White City to The Splendid and the Vile — that read like novels but always scrupulously adhere to facts.

He also admits, however, that he also chose the audiobook form for this fictional tale because he believes that ghost stories are best told aloud.
. . .

. . .
Deborah Frethem also appreciates the power of oral storytelling. In 2004 she left Minnesota where she had been giving ghost tours to come to Florida to launch Ghost Tours of Tampa Bay. Her friends up north warned her that she wouldn’t find enough ghost stories here to create a tour.

“Well I not only found enough ghost stories to do one tour, I found enough to do four tours, and I’m finding new stories every day,” she writes in Ghost Stories of St. Petersburg, Clearwater, and Pinellas County, published in 2007. “In fact there are so many stories that there is not even space for half of them in this book.”

One of the stories Frethem includes in Ghost Stories is about Wilson Hubbard, the father of Captain Mark Hubbard, the person who convinced Frethem to come to Florida to launch Tampa Bay Ghost Tours in the first place.

Wilson Hubbard came to Florida with his parents in 1929 when he was 16. Beginning with five rowboats bought when he was 17, he grew a fishing charter empire. In 1976 he launched Hubbard’s Marina at John’s Pass and in 1979 he opened Madeira Beach’s seafood restaurant Friendly Fisherman (named after one of his boats), legacies carried on by his son Mark (and eventually his grandson Dylan).

After Wilson’s death in 1994, however, his ghostly presence was still felt in the area, Frethem reports, from sightings of the captain at the helm of a boat to the inexplicable rattling of glasses in an area where Hubbard used to keep a rum bottle he used to spike his coffee.
. . . . . .
One can only wonder what the ghostly captain thought when in 2019 real estate entrepreneur Ben Mallah bought the whole Marina at John’s Pass for $17.2 million, a price tag that included Hubbard’s Marina and the Friendly Fisherman (as well as a parking garage, two other restaurants and several retail shops).

Frethem tells Hubbard’s story in a chapter entitled Ghosts of John’s Pass, which also includes tales about John Levique, who gave his name to the pass, and ghost stories of pirates who roamed the area in the 18th and 19th centuries.

Many of Frethem’s ghost stories take place at hotels still in operation in St. Pete Beach (Don CeSar), Gulfport (Peninsula), Downtown St. Petersburg (Vinoy) and Safety Harbor (Safety Harbor Resort and Spa). Not all these hotels tout the rumors of hauntings with the exception of the Don CeSar who gives a nod to the ghost of its founder Thomas Rowe, “According to local lore, Rowe’s spirit still walks the halls of his beloved Pink Palace.”

My favorite ghost stories in the book take place in much humbler and more unusual surroundings for a ghost to hang out – a public toilet and a bookstore, both in downtown St. Petersburg.
. . .

. . .
The first is a female ghost that presumably haunts Comfort Station Number One, next to the St. Petersburg Museum of History (which Frethem says is haunted by an Egyptian mummy) at the entrance to the city’s Pier. Reports of cold drafts (even on very hot days) and mists on the mirrors on the ladies’ side of the facility are topped by a 1999 sighting by a Wisconsin visitor who claimed she heard a noise in the stall next to hers which she mistook for her sister who had stood vigil outside. “Heather, is that you?” she asked. “No,” said an elderly voice, “it’s Agnes.” When she asked Agnes how long she had been in the city, she replied, “A long, long time.”

When she left (after spotting a 1930s-style shoe under the stall), her sister claimed no one had gone in and no one came out while she was doing her business.

The other great ghost story in the book takes place at Haslam’s Bookstore. The Beat writer Jack Kerouac who spent his last years in St. Petersburg often frequented the bookstore where he would rearrange his books so they would be at eye level. Ever since his death in 1969 at St. Anthony’s Hospital at age 47, he is said to still show up at Haslam’s – still concerned about the placement of his books on the shelves, Frethem reports.

Jack Kerouac reportedly called St. Petersburg “the town of the newly wed and the living dead” and said it was “a good place to come to die.”

. . .
Ghost Stories of St. Petersburg, Clearwater and Pinellas County continues to sell, “even all these years later,” Frethem reported when I reached her via email. “The ghost tours that I used to do in downtown St. Petersburg are still running, but I am no longer involved.”

She and her husband have been “vagabonds for the past few years, spending time in Philadelphia (one of our sons lives there), the south of France, or wherever the spirit moves us.”

Now 72 (“but I feel much younger”) and “mostly retired,” she hasn’t given up on ghosts though. In the summers she’s been returning to Minnesota where she runs walking tours in downtown Saint Paul called “Ghosts and Good-time Gals” – half about ghosts and half about the madams and brothels from the 19th and 20th centuries. She’ll be doing her last tour of the season this weekend.

Does Frethem believe these ghost stories or are they all in fun?

“To be perfectly honest, my passion is not ghosts, although I am a believer,” she writes in Ghost Stories. “My passion is history. But I have found that people are much more interested in hearing history if it contains a good ghost story.”

Here are some ghost tours available in Pinellas County

Read No More: A Haunted Literary Tour by Wordier Than Thou
October 29 and 30 in St. Petersburg