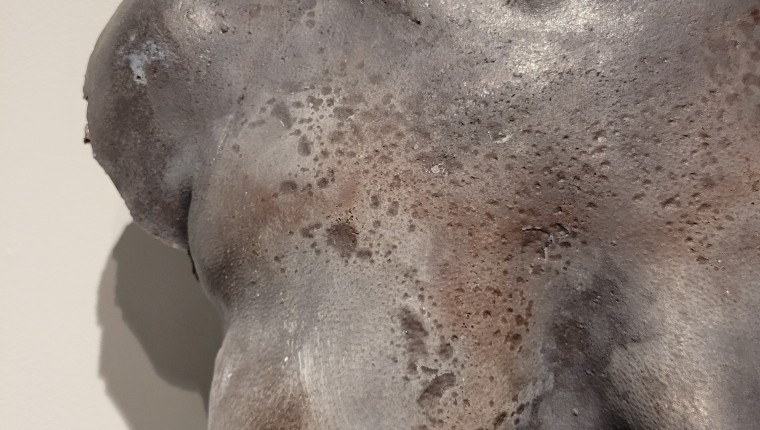 My research surrounding the Male gaze and Women’s empowerment eventually led me to learning about castings.

I wanted to create figures for my Undergraduate Thesis Exhibition that were made of alternative materials, that looked like metal, stone, granite, etc. The idea came from a simple thought:

“Forgotten statues in a garden. As time passes, they crack and crumble, but their beauty only intensifies as nature takes control.”

The female forms were partials- like broken off pieces from a whole body- but they were created to stand as their own whole. Each one was beautiful! And each one, was from a REAL Women! The cracking edges were meant to symbolize the constructs placed upon Women by society. But the Art was the Women’s Way of taking their power back! “…their beauty only intensifies…” 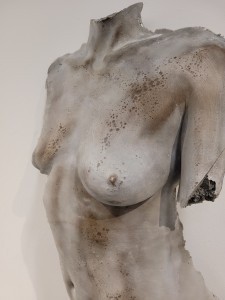 Throughout history, metal casting has been used to make tools, weapons, and religious objects, as well as statues and art. Metal casting history and development can be traced back to Southern Asia where statues were made of copper alloys from molds of stone or clay, or even from lost wax castings with molten metals. Gold was actually one of the first metals to be casted because of its malleability, but copper and bronze became more popularly used because of their rigidity compared to gold.

To produce a bronze casting, metal is melted and poured into a mold of a negative image of the work. Molds were often cut into stone or other hard material, or sand and clay was used, bonded together by oil, into which the original piece was pressed, then the cavity filled with molten metal. The lost wax casting method was one of the more famous ways for casting solid metal statues and sculptures. It involved the original artwork being sculpted in wax, then covered by a heat resistant material, then heated so the wax melts out, leaving the negative impression inside the mold to be filled with the molten metal. The final sculptures end up being limited in their size because of their weight and cost.

“Cold-Casting” is a term used to describe the process of mixing metal powder (or other powdered materials) with a resin and applying the mixture into a mold. The finished casting gives the appearance of a solid metal sculpture without the piece weighing or costing as much. By using the metals in the form of powders, the bodies can now have the appearance of multiple mediums. 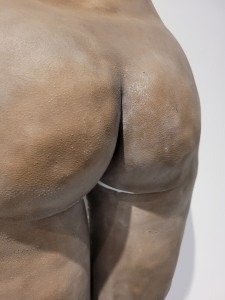