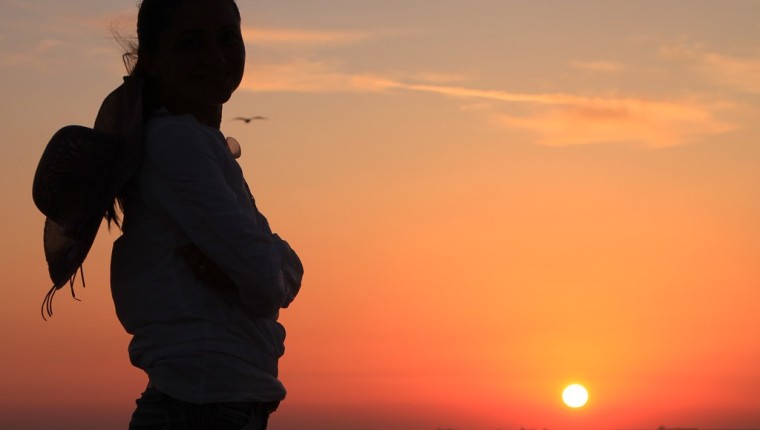 . . .
The days are shorter which means there is more time to curl up with a good poetry book.

Two of my recent favorites are Feast by Maureen McDole and Marrying Maracuyá by Sara Ries Dziekonski. Both poetry books can be purchased here and here from Tombolo Books.
. . .

. . .
In Feast, founder and Executive Director of Keep St. Pete Lit, Maureen McDole, presents readers with a full banquet of poems that explore the joys and sometimes difficult transformations of life, motherhood, marriage, divorce and loss. The collection leaves a lingering sense of wonder as it’s both an anthem and an ode to the pursuit of an artistic life.

Winner of the 2020 Cathy Smith Bowers Chapbook Contest, Marrying Maracuyá, explores love, life, human relationships and travel in poems that are sonically engaged and visually alive. Sara Ries masterfully weaves prosody and meaning together to enable readers to travel in each poem, to discover – and to fall in love with their own maracuyá, yes – but also with the sense of adventure that comes from jumping into a new experience joyously with both feet.

Add both these books to your holiday shopping lists. They are sure to astound and delight. For now, enjoy these poems from each collection.
. . .

Poems from Feast
by Maureen McDole

All That Is Required

. . .
When I was younger, I liked to label things,
put everything in little boxes
that I could store on my mind’s shelf.

I felt in control that way,
everything nice and tidy.

Yet, life does not work that way.

People do not like to be labeled.
Love is too big to be contained.
Nice and tidy gets boring.

What do I do with this information?
How do I feel safe in a chaotic world?
People die, friendships change,
and the words do not always come.

Trying to find an answer
to something that is unanswerable
was part of my original problem
and blind faith,

that I will be safe,
is all that is required.

. . .
We are drowning in doll limbs
and broken bits
of unrecognizable toys.

Our five year old hums,
as she rips apart
her clothes drawer
to find the perfect outfit.

She has no concept
of good clothes and play clothes~
everything is play to her
and definitely good.

Somedays I feel
so far away from these concepts.
I forget to find joy in play.
I feel every other word,
but good.

I pick up a plastic leg and an arm.

The disembodied doll’s hair is astray.
I often feel this way.

I then realize I need to play,
until I can put myself together again.
. . .

. . .
I want to know her,
my gentler half;
hear the secrets
she whispers.

Yet, I wrestle her.
She can’t be trusted.
My fragile shell-translucent-
in my desire for her love.

She sees right through me.

We are all walking around wounded,
screaming for relief,
looking in the wrong places
for healing.

We somehow think it’s not enough
being enough.
So, we give
until we break.

The fissures in our facades
want to grow flowers,
want the light
to shine through.

She smiles at me,
my stronger half.
I feel taunted.
I feel tangled.

She doesn’t notice.
She is too busy dancing.

Her attention is elsewhere.
She has no time for my neurosis.
She plants new roses.

She is following the sun.

I drop in a huff
and with a puff,
she dismisses my drudgery,
caught up in the luxury of being alive.

I say, What’s wrong with me?

She says, Nothing.
You are all lovely, all light.

Don’t worry, she says,
everything is alright. . . .
Maureen McDole was born in St. Petersburg, Florida. She is a direct descendant of carnies, carpenters and fishermen. Her first book of poems, Exploring My Options came out in 2006. Her second poetry book, Longing for the Deep End was released in 2011. She has a BA in English Literature from USF-St. Petersburg and a certificate in Arts & Culture Strategy from University of Pennsylvania. Her poetry has been set in a variety of different ways including film, dance, spoken word, art installations, Sprechstimme and traditional vocal works. She founded the literary arts organization Keep St. Pete Lit because she believes wholeheartedly in the power of literature to change the world.
. . .

The First Time I Tasted Maracuyá

. . .
A short wrinkled woman with scarred hands
sliced the purple skin and offered me
its slimy guts.

I was unsure of the taste,
my mouth a pail of water.
Maracuyá gripped me like a new lover
wearing the wrong scent of strong cologne

but by the second bite
I felt sixteen again, sneaking out of the tent at midnight
to meet that long-haired guitarist on the beach,
swearing to myself we’re only going to kiss.

You know maracuyá,
that concert that leaves your ears ringing for days
or that time you couldn’t feel your knees and suddenly
you were the world’s best dancer.
Maracuyá, that sour french kiss
and you’re wiping your mouth
with stacks of napkins.

Now I crave the rock star of fruits.
More maracuyá, por favor, siempre.
Give me helado maracuyá, maracuyá con leche,
until I’m marrying maracuyá,
looking life in the eyes, promising
with my deepest bones I do.

. . .
Schools of minnows scattering at each footstep
in clear shallow water as I walk along the coral reef wall.
In the middle of the Caribbean we call it a break wall;
we come from Lake Erie.

A camera can’t catch the sand crab
with its giant eyeballs protruding from the top of its head,
like the cartoons where characters lose eyes
from running rapidamente. Camera erect, flash on,
the crab clicks its claws sideways back and forth
across Pantages’ sandy stage, and each time, just before
the image registers: back in its crab-hole.

A camera can’t record the stench of urine
from our dehydrated bodies, nor reproduce the heartbeat
and veins of the forest which cuts this seahorse-shaped island
from throat to tail.

We walk along Newball Avenue known to us as Sea Street.
We sleep with Great Mother’s waves lapping inside us.
We’ve listened to the Raizal people speak of their connection
to the Sea, to the fisherman from Providencia who said
When I cut myself, I bleed salt water.

In this country where time is never in bold numbers,
we toss our watches to the Sea. The hour is
Moonlight shining on shipwrecks.
You capture my hand, start whistling and dancing salsa,
you sing “Dancing in the Moonlight”

. . .
It storms every day in La Vega, an hour west of Bogotá,
where chilly Bogotanos go to shed their scarves and bathe in a tropical pool,
but it’s a ghost to my guidebook. In Bogotá, our yoga teacher said
La Vega? There’s mercado y iglesia—that’s it.
But there’s more here. Here, Lightning strikes real close—
to our orange “waterproof” tent, to our fincas’s shredded metal roof,
pop goes the transformer, raises the hair on our arms;
Thunder activates car alarms, sends skin leaping,
and we find comfort in each other’s touch.

We’re regulars at DJ’s Pizza—yes, pizza in Colombia.
Harry, the owner, walked here from Texas when he was drafted
for Vietnam. Been here so long he doesn’t recognize the word for broccoli.
Asks me to repeat it three times as I order my pizza, and when he finally
understands, says Oh—! Bro—coal-eee, sounds the first o long.
Louisa, his wife, cooks our pizza sin champiñones,
smiles the entire time.

We’re at the restaurant the day Thaddeus turns 36.
Pizza baking under darkening skies, Louisa sings Happy Birthday
in English. She hands him a yellow cake gorged on day’s light,
looks him in the eyes, says I hope you are happy today
and all the days of your life, and it’s so sweet and so sincere
but I can’t help but think that he will be miserable sometimes
because I will piss him off.

Another strike over the sultry mountain and La Vega
has lost power again. Some cook by candlelight.
Others solve math equations, make love.
Thaddeus leans in, says When you were swimming earlier,
there was a baby bird floating in the pool.
I pushed it aside so you wouldn’t see.

Then—Collapsing Thunder cracks me open,
rousing my slumbering sludge into surging streams pierced by needle-
raindrops, scalp blossoming, skin perched in attention—I’m alive.
For some, it takes a shudder of the Earth to feel this.

And then—Thunder so severe that the muddy currents of my life:
childhood confusion, insecurities, anxieties—unleash down the streets;
they meet the streams of everyone else in this town, and each stream
joins to become one roaring river, sweeping away the old dirt. You say:
I think the bird was there to tell me to be grateful for the life I have.

Thunder says this too, demands we listen. Shakes
those who close their eyes, hear only what they want.
The pizza arrives, so we eat. It burns my mouth,
but I don’t mind, because this is something that happens
only to the living.
. . . . . .
Sara Ries Dziekonski (Sara Ries), a Buffalo native, holds an MFA in poetry from Chatham University, where she received the Best Thesis in Poetry Award. Her first book, Come In, We’re Open, which she wrote about growing up in her parents’ diner, won the Stevens Poetry Manuscript Competition and was published in June 2010 by the NFSPS Press. Her poem, “Fish Fry Daughter,” was selected by Ted Kooser for his American Life in Poetry column. Ries Dziekonski taught composition and literature at Erie Community College before teaching for SENA in Colombia. Her chapbooks include Snow Angels on the Living Room Floor (Finishing Line Press 2018) and Marrying Maracuyá (Main Street Rag 2021), which won the Cathy Smith Bowers Chapbook Competition. Her poems have appeared in Slipstream, Cordella Magazine, Punt Volat, Creative Pinellas, The Buffalo News, Blue Collar Review, LABOR: Studies in Working-Class History of the Americas, Words Without Walls: Writers on Addiction, Violence, and Incarceration, and Earth’s Daughters, among others. She lives with her husband, son, and cat and works for Keep St. Pete Lit as an editor and creative writing teacher.  sararies.com