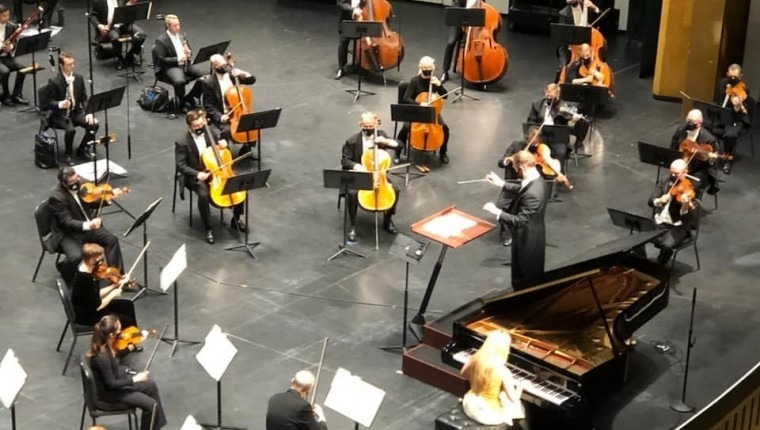 Predictions on the demise of the arts were premature when cultural officials first spoke of a COVID wasteland across the country. Yes, hundreds of arts organizations reduced their offerings or shut their doors since the pandemic began, which led to dark halls, layoffs and a gaping economic hole.

Orchestras, museums, dance and theater companies play a big part in our world, contributing 4.5% to the nation’s gross domestic product. Nationally, the negative ripple of COVID on culture organizations was an estimated loss of $16 billion last year, according to Americans for the Arts, a nonprofit advocacy group in Washington D.C. and New York.

“The pandemic has had a devastating impact on America’s arts sector,’’ notes the group in its September economic report. “Even as arts organizations return to in-person programming and employment conditions improve for artists and creative workers, the arts are recovering slower than other industries.’’ 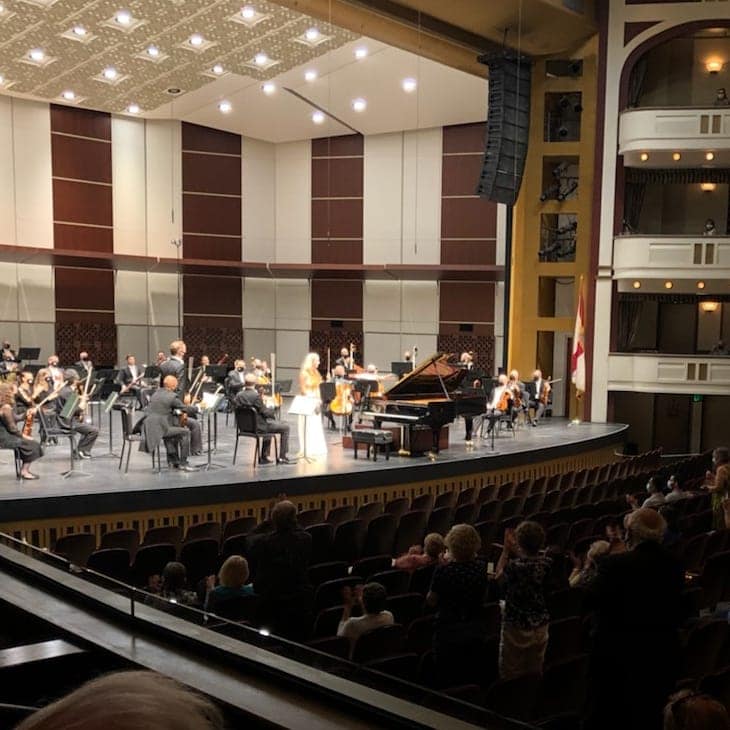 This is an important backdrop for The Florida Orchestra, which this weekend opens its 54th season. Unlike many other orchestras, the state’s largest performing arts organization did not fully succumb to the pressures of COVID.

To the contrary, it seized the pandemic as a chance to revisit its business model and adapt to new challenges. Although the orchestra had to cancel concerts in the spring of 2020, it kept all of its 67 full-time musicians.

In the past season, the orchestra made a number of changes – scheduling performances in one hall (Mahaffey Theater) instead of three; limiting the number of people attending concerts; creating online program notes to avoid printing physical copies; keeping concerts shorter and without intermissions that might spread infection; and creating livestream and on-demand performances for anyone not ready to attend live concerts.

Throughout the year, the orchestra followed federal safety protocols, including extensive weekly Covid testing for musicians and backstage staff – nearly 5,000 swabs by the end of the season.

Guest conductor Thomas Wilkins, a resident of St. Petersburg, summed it up best when he said “Everything is different now. And we keep using the word ‘fluid’ because the protocols and the schedules have changed. It’s all about how adaptable you are. . .  We’re creating a new product, and we’re doing it with a reduced ensemble.’’

Last season, the orchestra performed 86 concerts for live audiences, and about 30,000 screens tuned into digital concerts. The musicians offered a fresh mix of about 185 different works from nearly 100 composers, including African American and women artists.

Part of the orchestra’s ability to manage all this through COVID is financial strength, particularly a $23 million endowment. This allows the organization to weather unexpected challenges, expand programming and take artistic risks. A well-invested endowment allows an arts group to draw a small percentage annually from the fund to offset operational expenses in perpetuity.

“By being smart, creative and proactive, The Florida Orchestra is in good shape financially, despite the pandemic,’’ says Mark Cantrell, the orchestra’s president. “We are proud that we met our fundraising goals and protected our endowment while continuing our mission – to perform inspiring music safely for live audiences when they needed it most.’’

But what about this season? On paper, it appears a return to the normal. The programming is mostly meat-and-potatoes, but with enough of the adventurous and innovative to strike a balance. Put it all into a blender and you have a musical protein shake.

Music director Michael Francis and his group open the season with a world premiere by Tampa composer Michael Ippolitto (commissioned by the orchestra), a work that reflects on the pandemics of today and centuries ago. It serves as the overture for two audience favorites – Beethoven’s Symphony No. 5 and Vivaldi’s Four Seasons. Yes, we heard the Beethoven recently, but Francis felt it was the right selection amid so much turmoil.

“As we emerge from this crisis, Beethoven’s Fifth Symphony is really the only piece that could open the season because it so perfectly embodies our journey from darkness to light,’’ he said in a statement about the new season. “This is a time of rejuvenation. . .’’

The group will perform a full schedule of pop, coffee, park, rock and family concerts, and teams up with Opera Tampa for three full productions. Expect a holiday pops program as well as Handel’s Messiah with the Master Chorale of Tampa Bay.

A popular program from last year was called Serenity, music designed to offer peace and comfort. (You can watch a filmed performance here.) That idea returns this season with a lineup featuring Mozart’s Requiem, along with ethereal pieces by Hildegard von Bingen, Benjamin Britten and Gregorio Allegri.

Of course, everything could change with COVID. That’s why the orchestra is working with an epidemiologist to re-evaluate protocols as needed, and it will take cooperation from everyone. Those attending performances at the Straz center in Tampa, for instance, must show proof of vaccination or a negative COVID test performed within days of the event.

“None of this is easy,’’ adds Cantrell. “But it’s worth it. We truly believe in the power of music to bring people together to heal, share, laugh and grow. . .  Now, we’re building on that momentum. We head into this season as a stronger, better orchestra for Tampa Bay.”