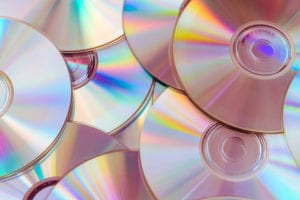 The way we consume music in the 21st century has radically changed, which leaves many artists vexed and perplexed. How do we support ourselves as artists when CDs are on the verge of obsolescence? When I was growing up, my friends and I would eagerly await the next release from our favorite artists and plan a trip to the record store immediately after school. But buying physical copies of an album is now an outdated form of music distribution. Many auto manufacturers have stopped putting CD players in the dash and computer manufacturers no longer include disk drives in their machines.

So now what? Streaming services pay very little compared to what artists could make from selling CDs at performances. Musicians have to know their audience and stay informed on the newest trends and technology. For many ‘art music’ patrons, a live performance is always favorable to a recording. And in my experience teaching classical guitar, music students will often consume art music on more visual-friendly platforms such as YouTube or Vimeo. We also have to remember that even in the “golden age” of the recording industry, musicians still made the majority of their income from live performances.

So what is the purpose of recorded music? Is it to build a relationship with your listeners or is it to make money? If recorded music is being phased out by streaming, we aren’t going to find the answer by looking to models of the past. Stream live performances or release performance content on YouTube. These will engage your listeners, which may help you as a promotional tool to book more gigs. If you are trying to make up for the lost income you used to make from CD sales at performances, try something new. If you’re a band, try selling t-shirts or other merchandise. If you’re a performer, composer or songwriter, try selling copies of your arrangements or compositions. Additionally, there are still people that buy CDs. The market is just much smaller than in previous decades. The fact of the matter is this–the old model of the music industry isn’t coming back. Virtually every industry has to modernize every few years. It just takes a little creative thinking. And we as artists are a part of the creative community. We are creative every day in the way we create and perform our art, so let’s be creative every day in the way we distribute our art.