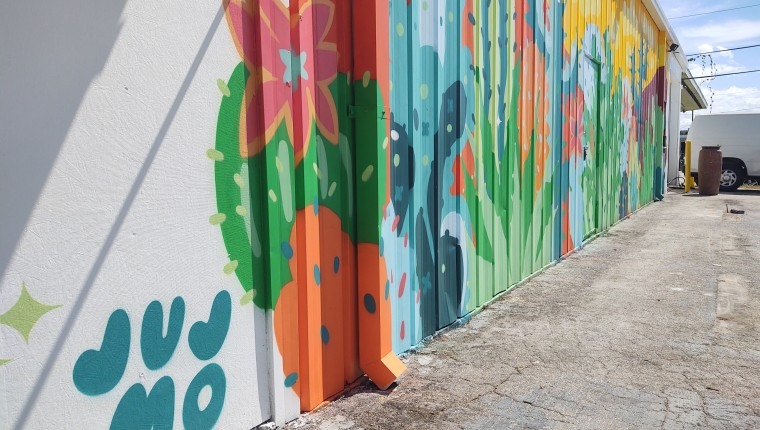 . . .
Lealman is an area in St Petersburg that is a hidden gem, full of potential. The neighborhood runs from 38th Avenue North to 62nd Ave. It’s bordered on the East by I-275 and on the West by 58th Street North. Here’s a map.

Creative Pinellas is working with the Lealman Community Redevelopment Area to infuse art into the landscape, bring attention to this area and attract people to this community.
. . . 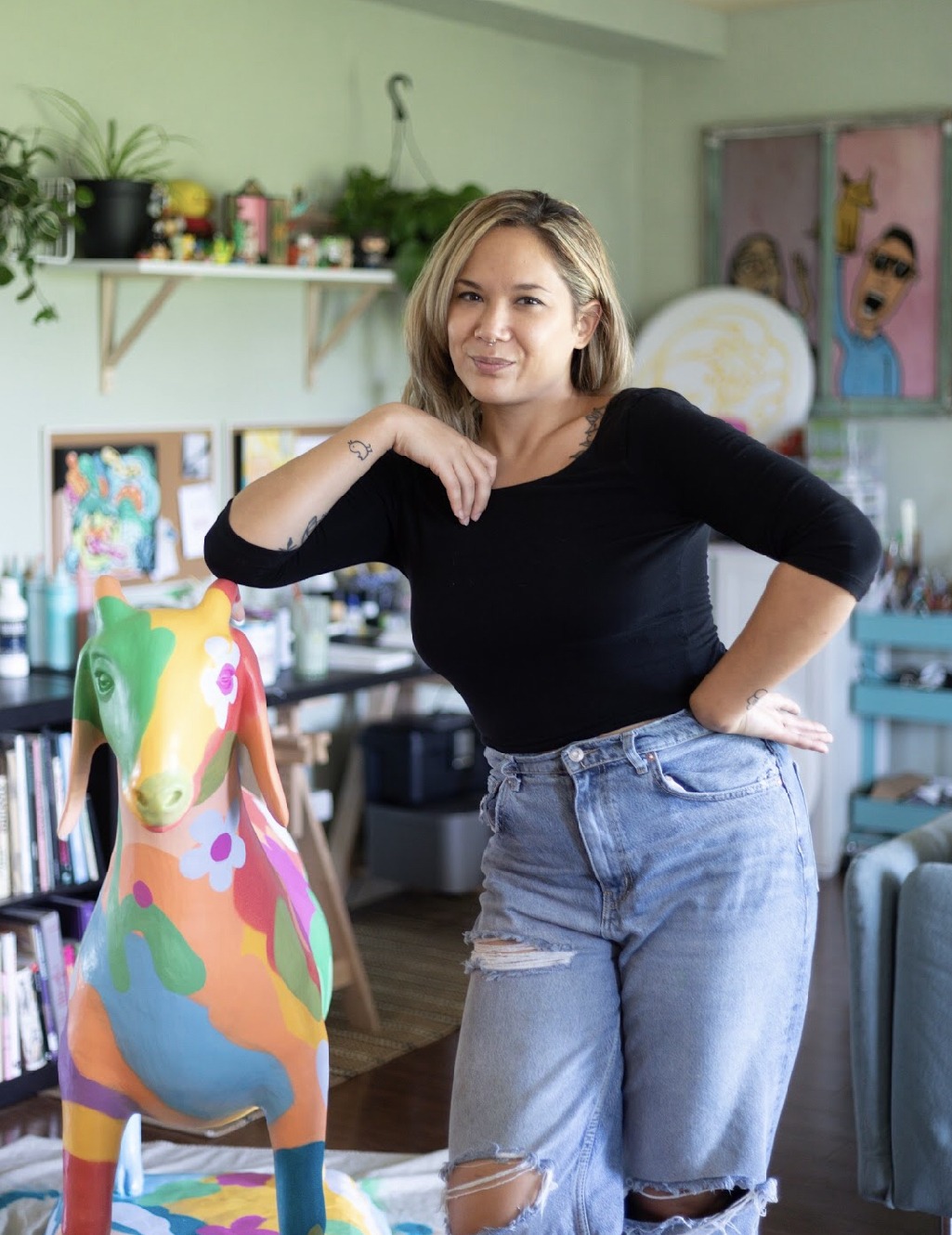 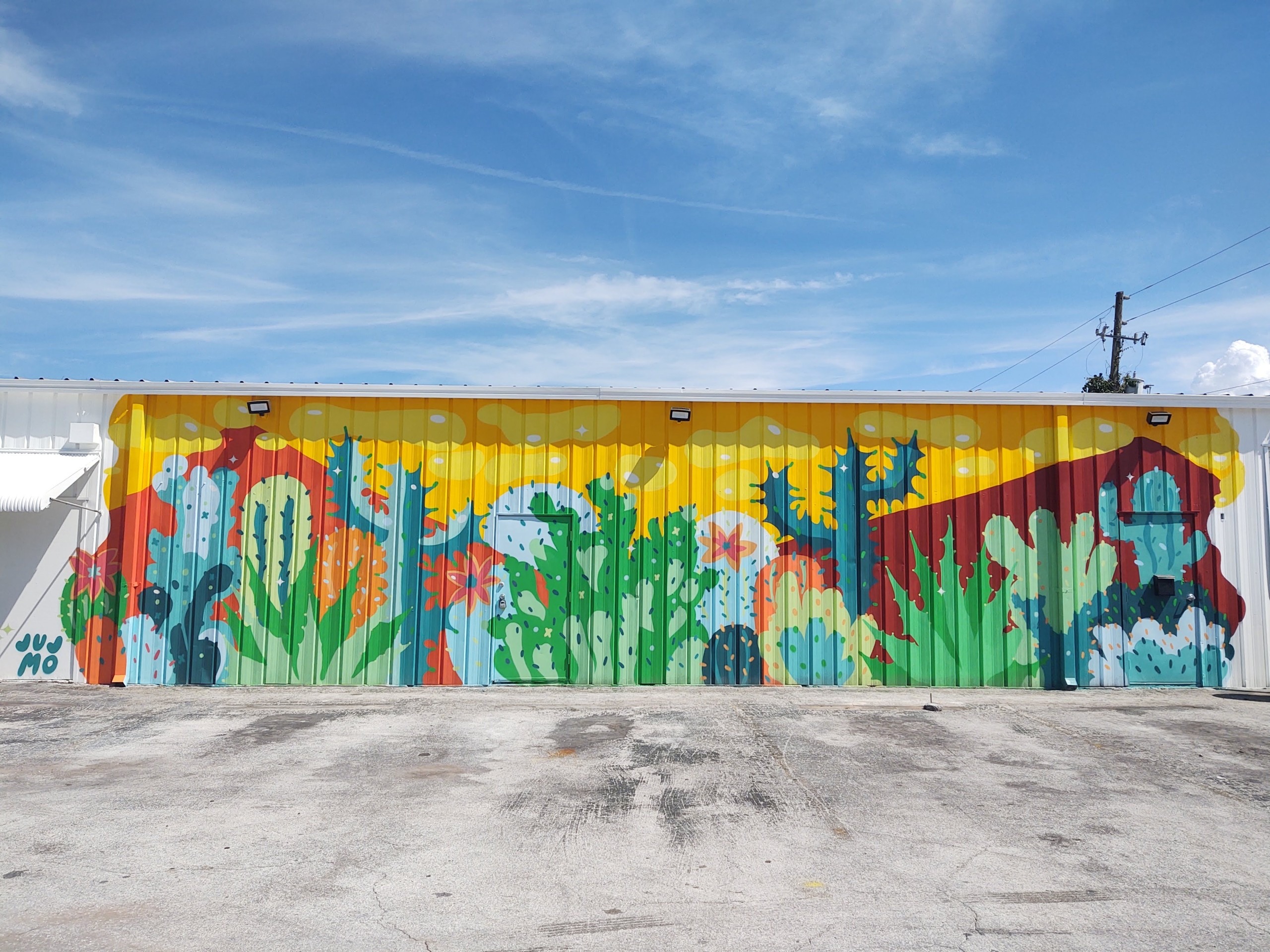 . . .
The artist explains her design, which was influenced by the business inside these walls. “The concept behind my mural was inspired by the Mexican desert. With rolling mountains and a dry climate a lot of species of cactus are able to thrive, such as the agave. I incorporated the company’s many color palettes from all the restaurant concepts and used that as a starting point for colors.”
. . . 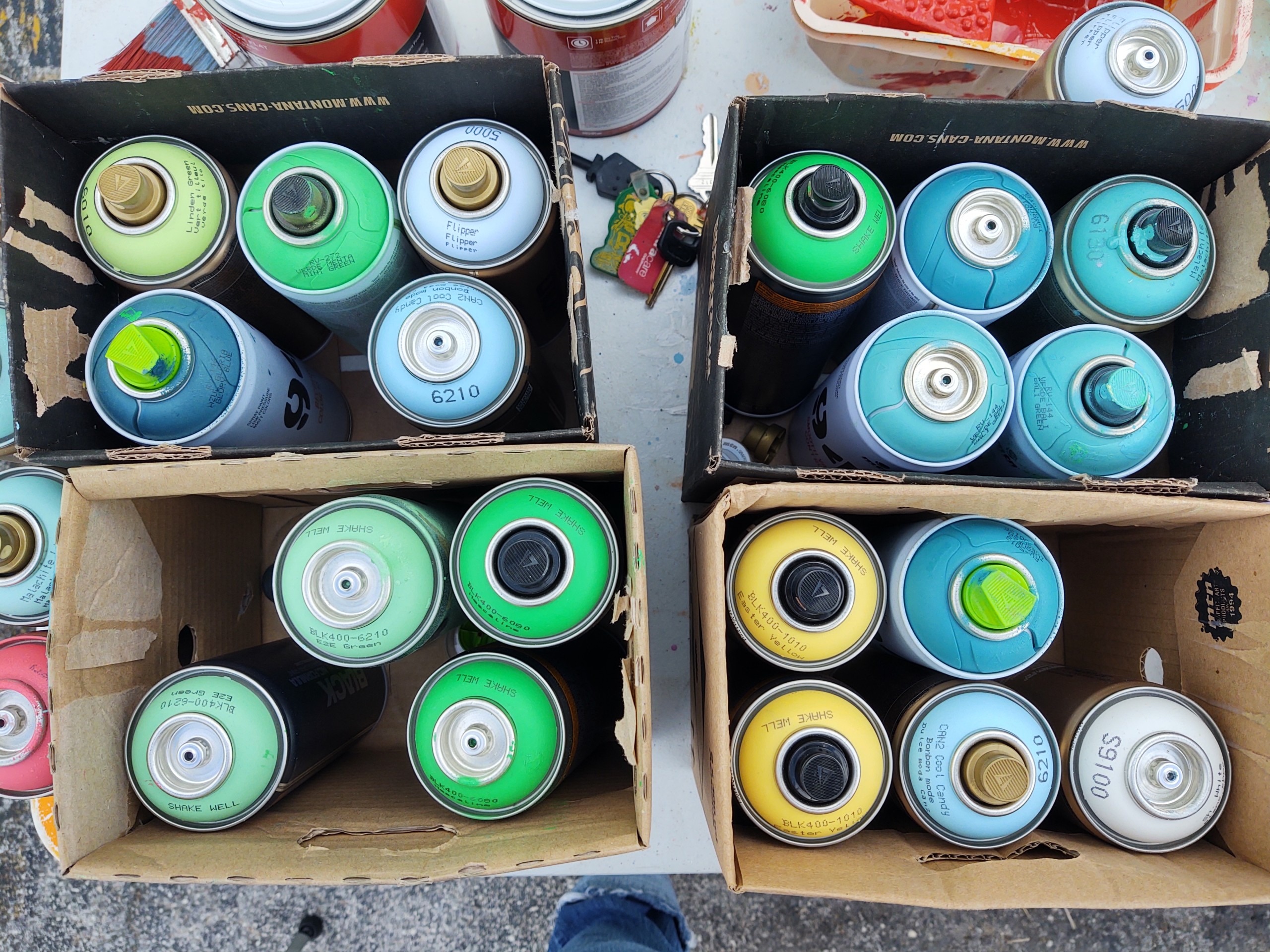 . . .
“My method in installing this mural was that I sketched everything with spray paint, and then filled all the cacti with spray paint, with the background being primarily exterior house paint. With the corrugated surface using spray paint made it easy to get into the grooves with good coverage.

“Had a blast creating this piece, everyone in the area was really excited about it and would stop by and say hello :)n .”

Jujmo specializes in “cute forward” concepts with deep meanings. Her work is saturated in color, inspired by childhood folklore and heavily influenced by anime and comics. She graduated from the University of South Florida in 2013 with a BFA with a concentration in drawing.

. . .
Creative Pinellas will be issuing another call for muralists this month – details will be posted on this page when the call’s announced. 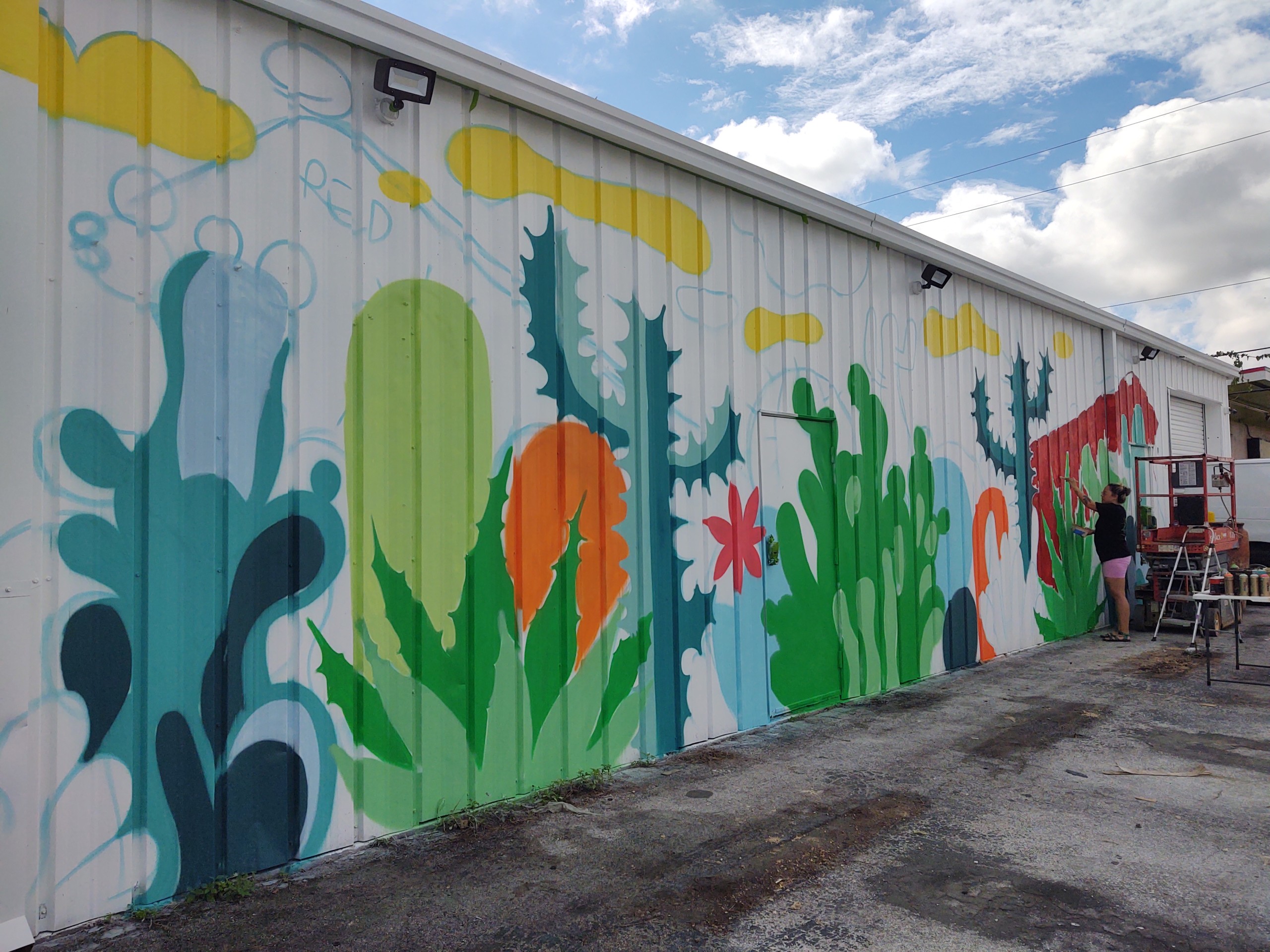 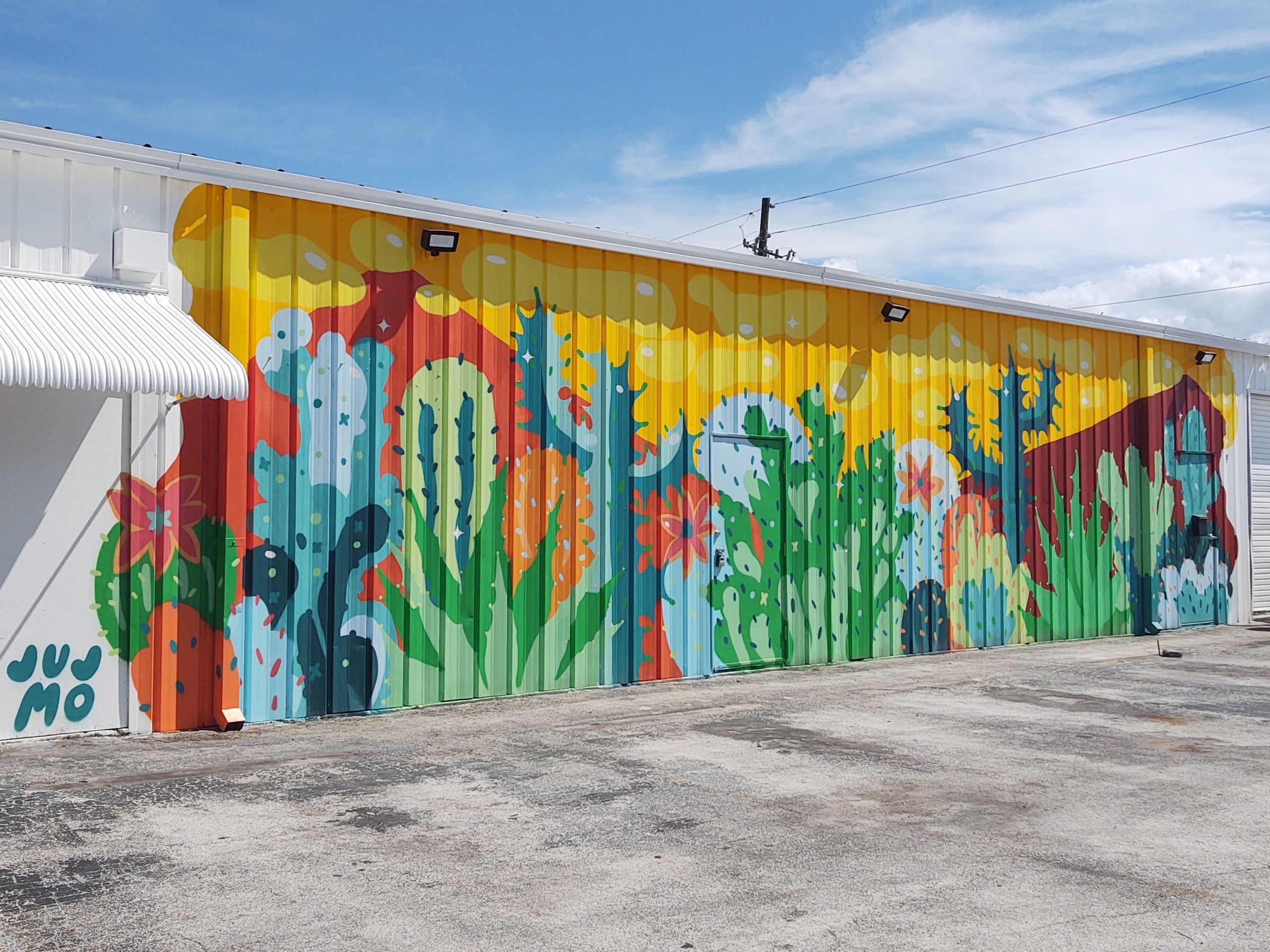