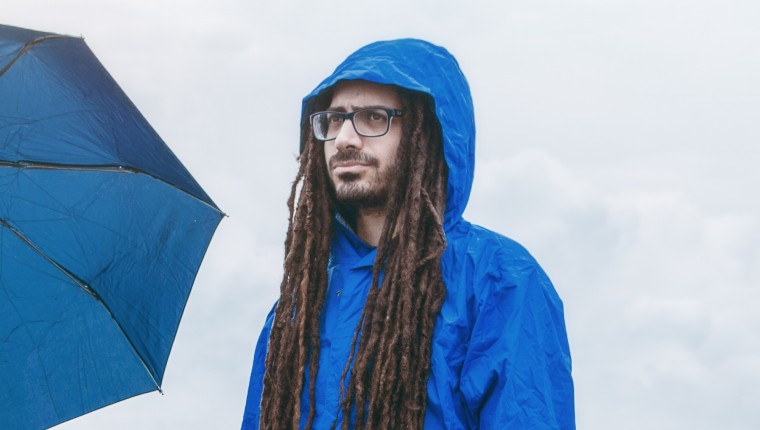 The second verse for “Personal Raincloud” was determined prior to the first. All in all, the lyrics to this song address various levels of depression and the coping mechanisms involved. It’s kind of funny how this song sounds pretty bright and positive, musically, but at their core, the words I wrote are pretty melancholy.

Verse 1 somewhat tackles my transition into adulthood, in which I’ve discovered a number of insecurities, within myself, that either weren’t previously acknowledged, or have been exacerbated and brought to the forefront in recent years. Having dwelled upon them for quite some time, I eventually mustered up the courage to go see a therapist, which honestly, didn’t really help anything. The verse ends, more or less, with me recognizing that some forms of depression or insecurity aren’t really ever going to be corrected. Perhaps, I can take medications or endure some sort of risky lobotomy, but otherwise, these are circumstances I simply have to accept as part of who I am (and hopefully, they may fade). No happy ending here, kids…

Verse 2 I think is most relatable. I have determined that there are some days in life that are just simply not going to work out in my favor. Whether it’s me agitated by comparing myself to others, my own personal goals not being met, or being let down by mismanaged expectations, these feelings are bound to be encountered. On one hand, it’s absurd that we grant any sort of power to these emotions, because from a nihilistic perspective, it’s counterintuitive to waste any of our precious time with even the tiniest fragment of negativity. That being said, try as we might, we will all, definitively, experience these types of “gray” days. And through my painstaking research, time and time again, ya boy Jon Ditty has determined one of the only cures for wallowing in one’s depression: going to sleep, and waking up in a fresh mind state the next day. While it’s not always instantaneously effective, I have gradually benefitted from repeated efforts.