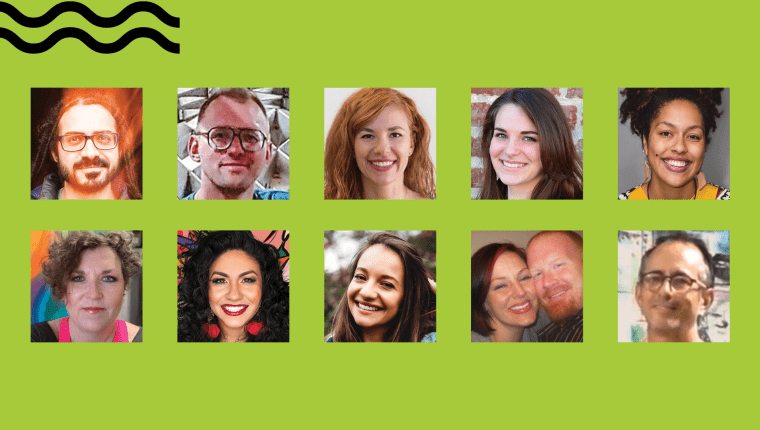 There’s a lot going on around the Tampa Bay and Florida arts scene these days, including star-studded exhibitions, new hirings and major donations. Also, for artists and friends of artists, there are several important grants and commissions currently open from the State arts commission – scroll down for more information on those.

Clermont native and USF alum Kalup Linzy has collaborated with movie star/artist James Franco for years now, since meeting at Art Basel in 2009. It was a match made in heaven, given their shared, complex obsession with soap operas, and Franco even helped Linzy snag an appearance on General Hospital in 2010. Now, a recent series of their satirical pseudo-soap opera videos is on display in Fort Myers through June 3rd.

Burnaway, a great southeastern regional arts blog, features an interview with Randy Loyd of Portspace Gallery in Gulfport. Portspace is an exciting contemporary art space that’s been keeping a bit of a low profile for nearly two years now, and Loyd discusses the dynamics of adding edgy art to the area’s crafty mix.

The Fort Lauderdale Fringe Festival runs from April 20th to April 23rd, showcasing off-beat live performances around Broward County. Fringe festivals have been popping up around the country – and Tampa’s own International Fringe Festival kicks off May 11th.

ArtNews reports that Natalia Zuluaga has been named the new Artistic Director of ArtCener/South Florida in Miami. She’ll manage artist residencies and programming for the nonprofit.

Every month, we here at Creative Pinellas host an artist meetup to give creators a chance to network and get career advice from experts. The next event is May 21st at Pair O’ Dice Brewing in Clearwater. Come on out!

The Florida Department of State and Division of Cultural Affairs have launched a new grants portal, DSGrants.com. The deadline for several Cultural Organization Grants and other grants for arts organizations is June 1st.

Florida’s Art in State Buildings program has issued a call to artists for an exterior sculpture and three wall pieces for the Cocoa Operations Center in Cocoa, Florida. The deadline is June 2nd.